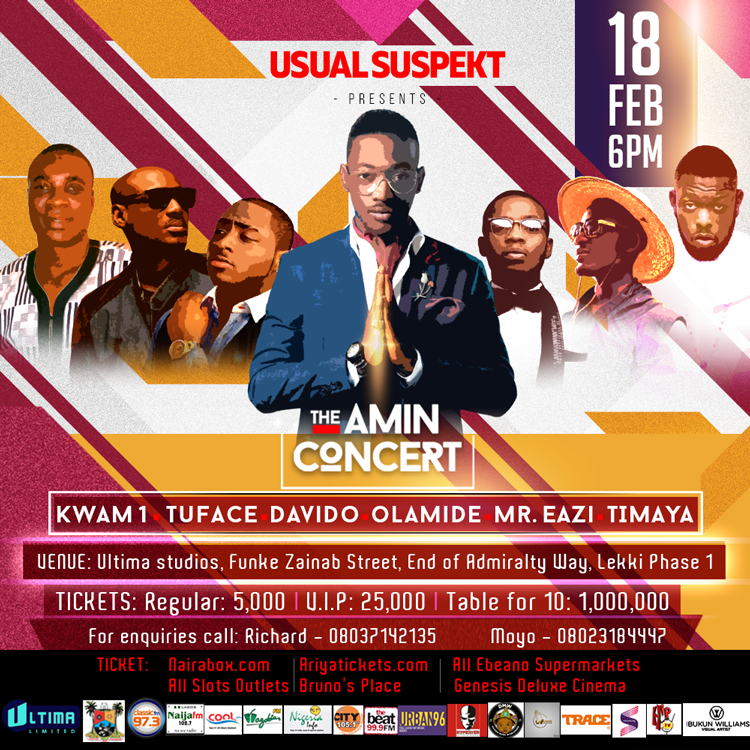 If you think the only date to look forward to in February is the 14th (Valentine’s day), you are mistaken!

Dammy Krane, alongside your favourite Nigerian artistes are set to light up Lagos on the 18th of February.

So mark your calendar and get ready to party with Dammy Krane at The Amin Concert 2017. The concert will also mark the launch of Dammy Krane’s ‘ The Amin Foundation’.

The Amin concert will feature Tu Baba, Davido, Olamide, Mr Eazi, Timaya and many more. To ensure the entertainment is lacking in no way, the legendary King Wasiu Ayinde Marshall, KWAM 1, alongside will also be on ground to throw some Fuji vibes into the mix.

Tickets are available at all Ebeano supermarkets, Genesis Deluxe cinema, Bruno’s place, Slot outlets. You can also get your tickets at nairabox.com and ariyatickets.com

Get ready to get your groove on Lagos! #theaminconcert will leave you with no other choice.

My Critics Only Want To Discredit Me – Audu Maikori