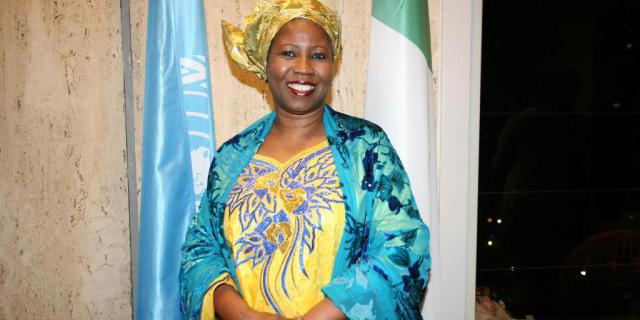 The United Nations Educational, Scientific & Cultural Education (UNESCO) will be playing host to the global edition of the Africa Fashion Reception, Paris coming up on the 29th October, 2016 in its Place de Fontenoy headquarters. This is due to a new patronage and partnership between the Africa Fashion Reception and UNESCO (the world’s number 1 cultural organization).

According to the official letter from the Director General of UNESCO, Irina Bokova to Her Excellency, Mrs Mariam Y. Katagum, Permanent Delegate of Nigeria to UNESCO who are co-hosts of the AFR, she congratulated the organizers for such an important initiative. She said the AFR falls into the mandate of UNESCO’s field of competence.

The Africa Fashion Reception (AFR) is a Pan African initiative. The global edition will gather fashion designers, dignitaries, Ambassadors and media from over 30 African countries, in a celebration of cultural diversity expressed through the artistic fashion discipline with the proud theme ‘Africa is the New Inspiration of Global Fashion’

The Africa Fashion Reception is aimed at achieving the following objectives using the creative industry of Fashion as a vehicle:

·         To attract global attention to Africa’s very rich and diversified dress culture which can be explored as a catalyst for the social economic growth of the continent’s garment/textile industry.

·         To expand the potential power of fashion as a tool of fighting poverty in Africa by creating wealth through the empowerment of women and youths in the various fashion vocations through training, capacity building schemes, workshops and setting up of medium/small scale businesses thereby supporting the United Nations Sustainable Development Goals and the African Union Agenda 2063

The Africa Fashion Reception is organized and packaged by Legendary Gold Limited in collaboration with UNESCO, the Nigerian Permanent Delegation to UNESCO, African Union Commission and Atunda Entertainment. According to the CEO of Africa Fashion Reception, Lexy Mojo-Eyes ‘This platform has been specially created for positive change. The AFR is not just an event. It is a movement’

These Women Will Drive You Wild