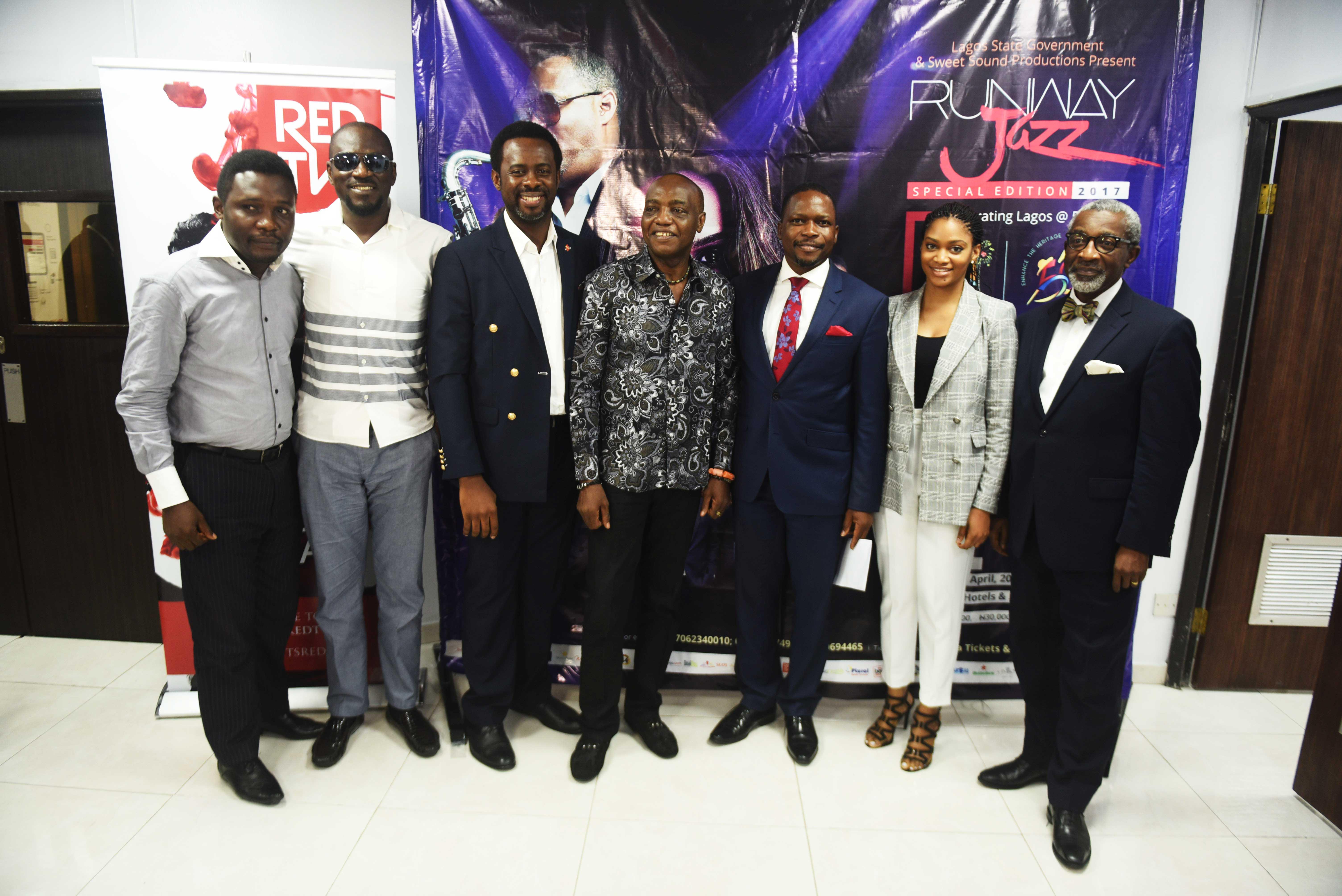 REDTV a dynamic online lifestyle channel, supported by United Bank for Africa (UBA) Plc, that puts the spotlight on Africa with a distinct global appeal, has announced its sponsorship of the Runway Jazz Festival as part of events lined up for the commemoration of Lagos @ 50.

The Runway Jazz Festival scheduled to commence on April 29 and close on the April 30th, is organised by Sweet Sound Production in conjunction with Lagos State Government. The event, a fusion of world class Jazz performances and fashion,coincides with the international Jazz Day themed “Promoting Peace, Unity and Dialogue through Art”.

Speaking at the press conference held in Lagos at the weekend, Obinna Okerekeocha, Creative Director, Red TV, said the partnership will afford REDTV’s teeming viewers and lovers of contemporary Jazz the opportunity to experience a world class Jazz concert in Lagos. Headlining Runway Jazz 2017, according to Okerekeocha are two Grammy awards winners;American Saxophonist, Najee and UK Singer-songwriter, Joss Stone. Others billed to perform at the event to be held in Eko Hotel Convention Centre are some of Nigeria’s finest entertainers including Waje, Yinka Davies, Dede, Heavywind, Tosin Alao, Xerona Duke and host band, Sweet Sound.

The two day event will kick-off with the Music & Business Masterclass on Saturday April 29 and the Runway Jazz Concert on Sunday April 30, 2017

“With haute couture from Jewel by Lisa, and a runway show that captures the evolution of Lagos over the last 5 decades, Runway Jazz is the biggest and most unique music and fashion event to hit the Naija entertainment scene,” Okerekeocha said

Also speaking at the press conference held at the Tony Elumelu Amphitheatre in UBA House, the Executive Producer, Mr Afolabi Oke, said “the Runway Jazz activities this year have been heightened and elevated by two strategic partnerships. The first is with the Berklee College of Music, Boston, USA, which will present a music and Business Masterclass, facilitated by Professor George W. Russell Jr, Chairman of the Harmony Department.  The second is the Lagos State Government; as we team up to celebrate the remarkable anniversary of Lagos State, Lagos@ 50.”

On the theme for the event “Promoting Peace, Unity and Dialogue through Art”, he noted that “At a time when there is so much turmoil, with socio-cultural imbalances, and political unrest across nations, there is no better way to unite the people than through a medium that pushes forward an agenda that promotes peace, unity, acceptance of diversity and intercultural dialogue- Music.”

Ace Musician, Dede Mabiaku and one of the star performers from Nigeria added that the Runway Jazz was birthed to engage music and art enthusiast and Jazz aficionados, giving stylish expression to art and culture through music and fashion. According to him, the focus on Jazz music really broadens its appeal, particularly in Nigeria and across Africa, and introduces an innovative franchise into the Nigerian entertainment scene. He further assured that this year’s event will be the biggest in its history as he promised to perform great songs from Afrobeat King, Late Fela Kuti.