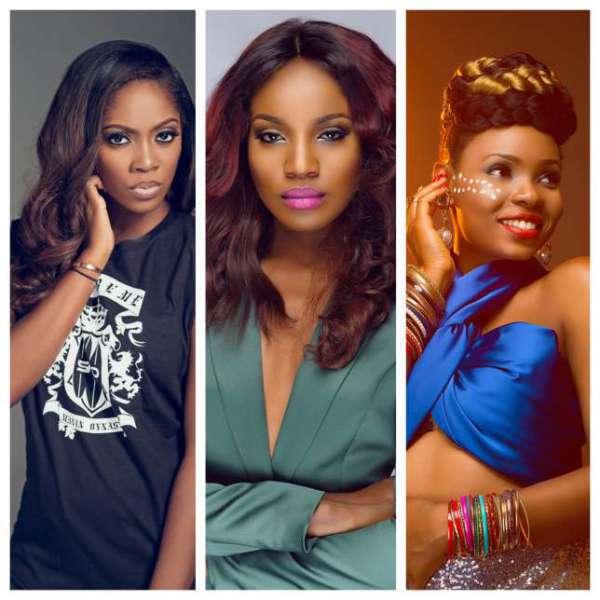 There was a time the music scene was dominated by the male folk. Sure, there were the likes of Onyeka Owenu, Queen Salawa Abeni and Christy Essien Igbokwe, yet the industry has always been male-dominated. Things are rapidly changing today, and women are taking their rightful place and earning good money like their male counterparts. Here is a list of top female music stars rocking the industry at the moment and what makes them stand out. 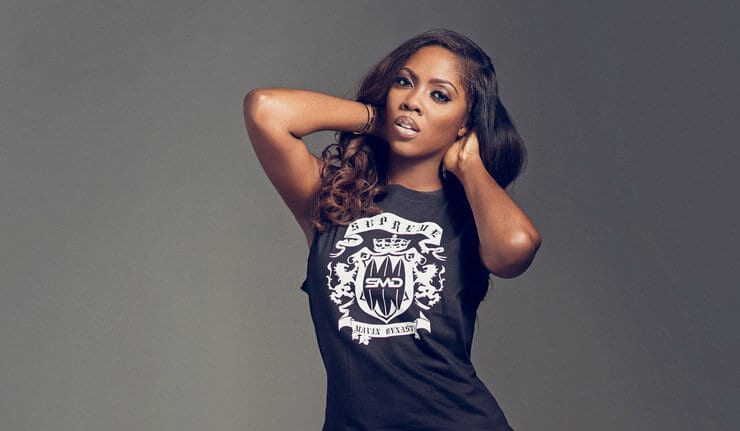 Arguably one of the sexiest female artistes in the music industry, Tiwa Savage, holds the title of both a mother and a diva.

As a mother, she stands tall, while she exudes sexiness when she steps out, especially for shows.

With songs such as ‘All Over’, ‘Connect’ and ‘Ma lo’, the songstress has confirmed her place in the music industry, having earlier released hits such as ‘Oyi’, ‘Hold Me Down’ among several others.

As for collaborations, she hasn’t been found wanting, collaborating with major acts such as Flavour N’abania and more recently DJ Enimoney and B-Red.

Songs from her last effort an EP (Extended Play) titled “Sugarcane” are still rocking parties and clubs till date. 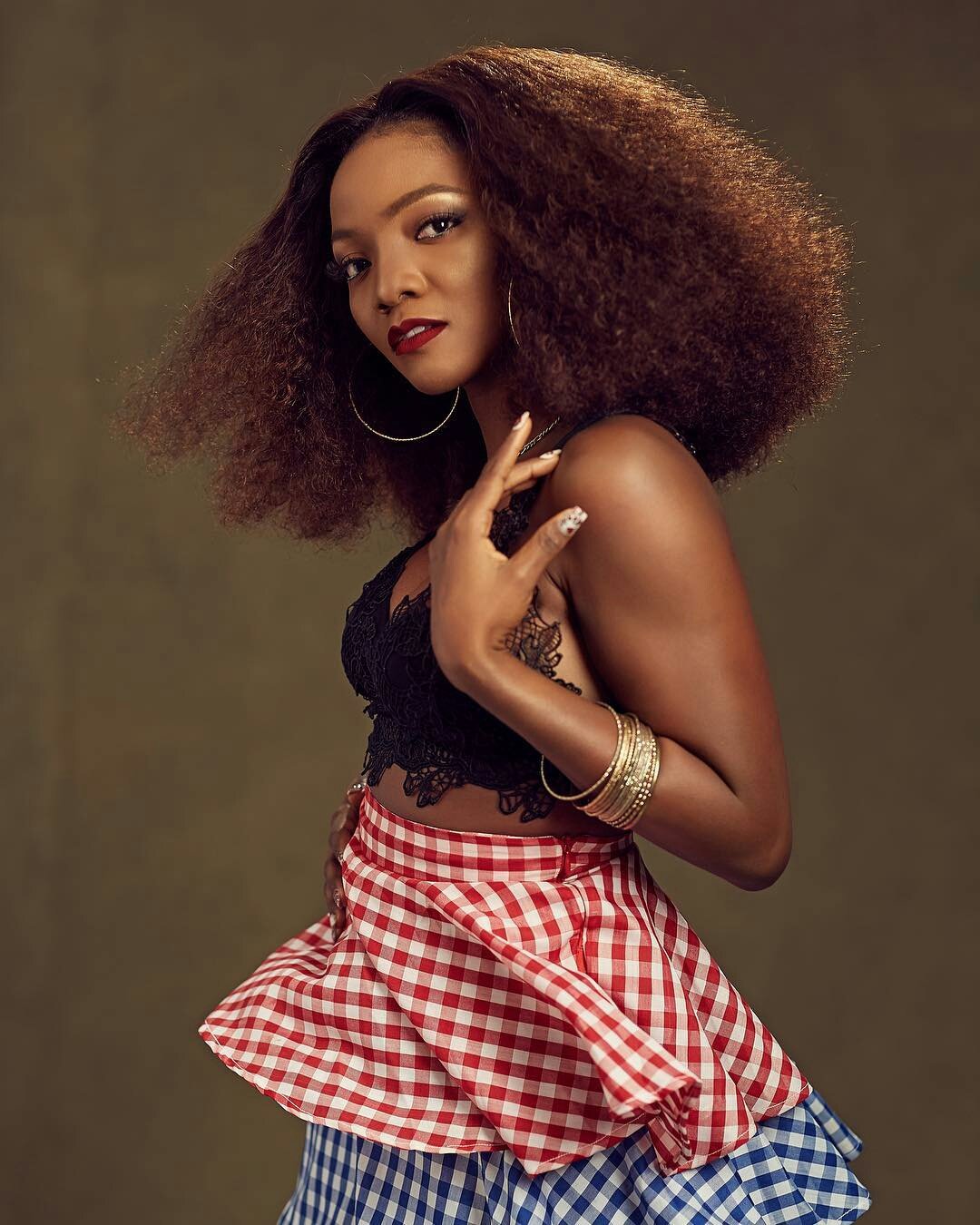 Some describe Simi as a rave of the moment, but the songstress has continued with her rise since turning to secular music.

The X3M act might not be gifted physically and indeed fashion-wise, but she is a talented musician, a fact which her self-titled sophomore album ‘Simisola’ has confirm.

Released on September 8, 2017 by X3M Music, songs from the album including ‘Joromi’, ‘Smile’ continues to entertain lovers of good music.

Since releasing the album, Simi, as she is fondly and aptly called has been on one promotion tour or the other.

Like Simi, Chidinma, has held her own in the music industry.

Petite, pretty and very creative, many will find it hard to forget Miss Kedike in a rush.

Her collaborations are indeed ample, as they include major artistes including Flavour N’abania. Her songs include ‘Fall In Love’, ‘For You’, ‘Kedike’, ‘Be Myself’, ‘Winner’ and others. In 2018, she has dropped songs such as ‘Love Me’, ‘Egwu’, ‘Martha’ and ‘Yanga’, with some of them being off her forthcoming album.

Though she has been musically silent in recent times, the Project Fame West Africa alumni is currently working on a new album which will bring back her glory days. 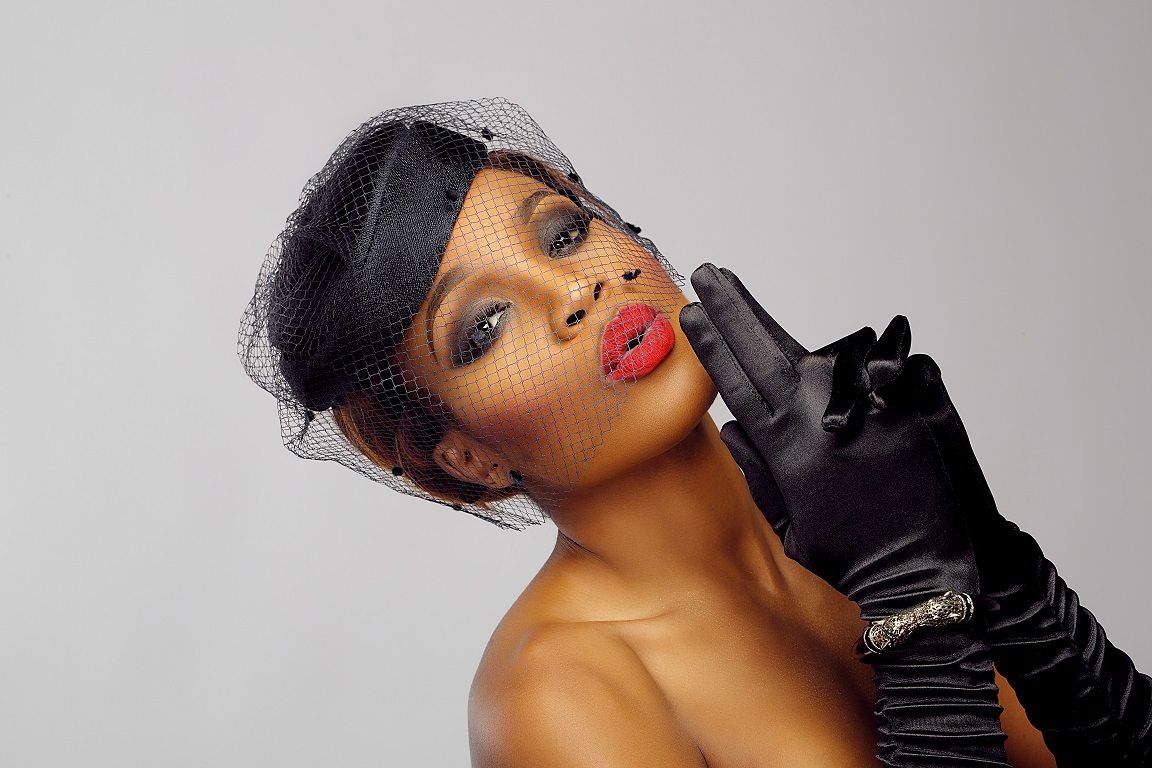 With the release of the EP came a lot of anticipation, as music pundits wonder if “Electric Package” was what would eventually announce the singer into the leagues of A-list musicians.

However, all the sparks from the classic listening session organised by the singer have died down, as she continues efforts to make sure that the album which has songs such as ‘One Love’, ‘Alele’, ‘Surrender’, ‘Love U Scatter’ and ‘All I Ever Wanted’ gets to its peak.

Though it might be struggling to make an impression, very few people will not dance to her successful songs including ‘Yolo’.

Niniola is a blend of singer, dancer and an entertainer on a good day.

With her curves, she exudes sexiness with little effort anywhere she performs. An epitome of sexiness, the songstress reflects it in her songs both lyrically and in her videos.

Though she has credit for just an album titled “This Is Me”, Niniola steals the show either with her songs or performance.

Songs such as ‘Maradona’, ‘Sicker’, ‘Shaba’, ‘Magun’, ‘Soke’ showcases her strength, as fans can’t get enough of her.

Like Niniola, Yemi Alade, is another sexy songstress worthy of mentioning here.

With three albums to her credit namely “Mama Africa”, “King of Queens” and “Black Magic”, the songstress, has maintained a level of consistency in her music career since she announced her presence with the award winning song, ‘Johnny’.

With a knack for dancing, the singer entraps her audience with both her songs and dance. The title of her songs including ‘Nackam’ tells you the direction she is titled to.

Her music success is no doubt what has seen her making the list of the 2018 Forbes Africa under 30, a compendium of individuals making waves in their industries across the continent.

A stickler for Africa themed songs, the singer’s works transcends not just Nigeria, but across Africa and Europe too, having embarked on several tours in several other countries.

Nigerian Military School Rubbish Duncan Mighty, Say You Are Not One Of Ours