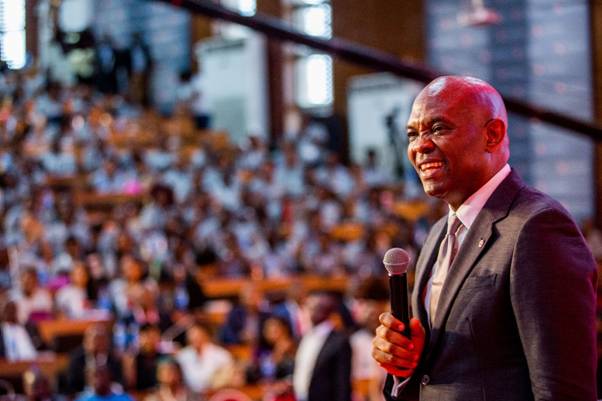 Navigating the African business terrain is one of the biggest challenges for most young entrepreneurs.

Indeed, handling business challenges can determine the success or otherwise of an excellent concept.

Group Chairman of United Bank for Africa (UBA), and Chairman of Heirs Holdings, Tony Elumelu remains one of the few African business leaders who use their wealth of experience to navigate this peculiar wilderness with several success stories to tell.

Having played wide and far in the global business sector, Elumelu confirmed the fact that there are indeed opportunities available to young African entrepreneurs in the continent when he told Richard Quest of Cable News Network (CNN) in a recent interview that: “There are a lot of opportunities on the continent.”

Inspiring aspiring African entrepreneurs, Elumelu noted that despite coming from a modest background, he has been able to grow multinational businesses, adding that he is not an isolated case, as there are a lot of other young Africans who are more energetic, equally intelligent if not more intelligent, and would do well if given the chance.

Acknowledging the fact that accessing capital is very very difficult in Africa, the highly successful business executive explains that that is the reason why people like him are facilitating entrepreneurship in Africa, emphasising the need to extend hands to others to ensure that collectively African entrepreneurs can make a difference on the continent.

Highlighting what young African entrepreneurs need to succeed in Africa, Elumelu who comes with experience having been giving out seed grants of five thousand Dollars to young entrepreneurs for the past 12 years via his Tony Elumelu Foundation (TEF), said: “From what we have seen, they need capital, they need mentoring, they need business education so that when the capital comes in they know how to manage the capital.”

Though TEF is doing absolutely incredible in terms of encouraging young businessmen and women in Africa, it is still spreading its tentacles through partnership, working with individuals and institutions like UNCDA, hence Elumelu was quoted to have said, “we think we can make a whole lot of difference, and the truth is, if you look at the joblessness and its impact on man and humanity, you know that we all at the global community must do something different, we must turn up now and help fight joblessness so that our future will be secure.”

A man who has seen it all as far as business is concerned, Elumelu sees opportunities rather than challenges in every situation. Admitting that he is worried about the idea of a global recession, as interest rates grow up in the developed world, vis a vis the effects on emerging markets, he, however, adds that the glass is half full.

Analysing the fortune of emerging markets in relation to a rise in inflation, a recent touching point of the World Bank, Elumelu says he sees a lot of opportunities on the continent, especially among emerging markets, as he also called for the prioritising of the businesses of young entrepreneurs by investing in their future, adding that it will help to create ultimately sustainable economic prosperity for all.

“I don’t see despair, I see an opportunity for us to do more so that we can create the kind of prosperity that will move the world towards more boom rather than us being scared of recession, ” Elumelu told Richard Quest when asked if he is scared of the impact of a global rise in inflation rate on emerging markets.

Speaking on the key that unlocks the potential of young entrepreneurs in Africa, Elumelu identified enabling environment, access to electricity, affordable capital, and business education, adding that if they are available, African entrepreneurs would excel.

“We need three things to unlock the potentials of the young ones, first we need the enabling environment, we need our government to help create an enabling environment to enable the young ones to succeed, access to electricity is so difficult in Africa, and without electricity, you can’t do much as an entrepreneur, so we need to fix that. Access to capital, young entrepreneurs in Africa need access to capital, affordable capital that will help prove their concept and that is why at the Tony Elumelu Foundation (TEF) we provide seed capital, none refundable seed capital of five thousand Dollars, not because we have so much, but because we want to give an opportunity to the young ones to enable them to prove their concept so that collectively all of us can help develop Africa far better to prosperity. The third thing they need is business education and mentoring, they need successful African business leaders to show them good examples. For us to embrace them, for us to show them the path and have them leverage on our supply chain so that we will give them a helping hand. All of us are where we are because at some point in our business development, and entrepreneurship journey, we got an opportunity, we got a helping hand, and we got the platform to surmount. But those things will help younger entrepreneurs to do well.”