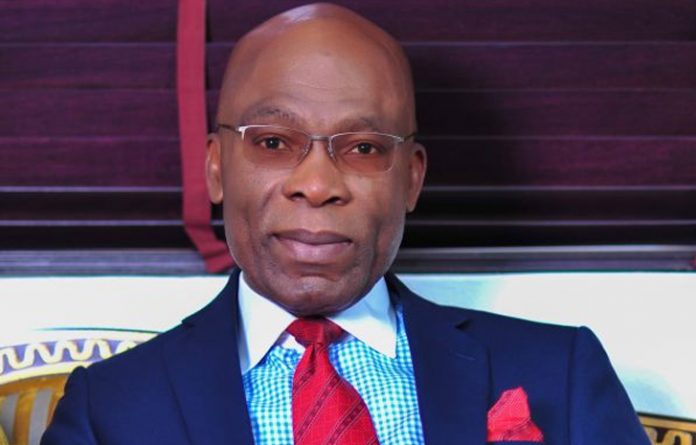 On September 9, 2022, Human Rights lawyer, Femi Falana, filed a 17-count charge against the suspects in suit No. FCT/HC/CR/469/2022 at the High Court of the Federal Capital Territory.

The charge was filed on behalf of the Attorney General of the Federation and Minister of Justice, Abubakar Malami, following the approval he granted to Falana’s request for fiat/powers to prosecute the suspects.

No date has been fixed yet for the commencement of the trial.

Apart from Ekeh and his wife, other suspects Falana listed in the charge sheet for the prosecution included Chris Eze Ozims, the Legal Adviser/Company Secretary, Zinox Group and Technologies Distributions Limited (TD); Folashade Oyebode, a director in TD and Charles Adigwe, the Accountant with TD.

In 2013, the Managing Director of Citadel Oracle Concepts Limited, an Ibadan-based ICT retail firm, Benjamen Joseph, petitioned the Police to complain about the fraud uncovered against his company allegedly perpetrated by the suspects.

Joseph said the fraud involved a N170.3 million contract for the supply of computer systems awarded by Federal Inland Revenue Service (FIRS) to his company in 2012, which was hijacked by suspects and executed using his company’s name without his knowledge and consent.

The businessman said the suspects also conspired to forge his signature on a fake Board of Directors resolution used to facilitate the opening of a fictitious account No. 0059202675 with Access Bank PLC for the payment of the proceeds of the fraud.

Although investigations by the Special Fraud Unit (SFU) of the Nigerian Police Force were concluded since 2014 and a prima-facie case established against the suspects, Joseph said the police refused to prosecute the suspects.

Initial investigations by the SFU of the Federal Criminal Investigations Department (FCID) indicted eight persons. But Falana listed 11 suspects in the charge sheet accompanying the application seen by our reporter on Thursday in Abuja.

However, in a letter to the AGF confirming the filing of the charge, Falana said findings by his law chambers revealed that at least 13 persons were found to have played various roles in the alleged fraud in 2012.

Joseph had accused the suspects of deploying all sorts of devious means, including the manipulation of the courts, the police, and anti-graft agencies to evade trial.

On May 8, 2015, Joseph said he petitioned the then Inspector General of Police (IGP), Solomon Arase, to highlight his company’s frustration to get the police to transfer the case file to the DPP for the prosecution of the suspects.

Not satisfied, Joseph petitioned Vice-President Yemi Osinbajo, who directed the Economic and Financial Crimes Commission (EFCC) to look into the matter.

Although the EFCC quizzed the suspects and confirmed their complicity in the crime, the police refused to prosecute them.

The police prosecution counsel, Simon Lough, in a one-count charge No. CR/216/16 of “false petitioning”, through his petition of July 3, 2014, about the Board resolution used by the suspects in opening the fictitious bank account with Access Bank PLC, used in committing the fraud.

In November 2018, Falana, a senior advocate of Nigeria (SAN), requested from the Attorney-General of the Federation and Minister of Justice, Abubakar Malami, for a fiat/power to prosecute the suspects.

For more than six years, the businessman has stood trial by the police over alleged false petitioning, while the suspects were being shielded from prosecution for the crime.

Although the Attorney General of the Federation and Minister of Justice, Abubakar Malami, faulted the trial and approved its takeover by the Ministry of Justice, the police continued to insist on the prosecution of the businessman.

Based on the legal advice by the Minister, representatives of the Director of Public Prosecution (DPP) on November 15, 2021 took over prosecution in the case.

Following the handing over to the DPP of the case file by the police prosecution lawyer, Simon Longh, an Assistant Commissioner of Police (ACP), the prosecution of the businessman was thought to have terminated.

The Federal High Court of the Federal Capital Territory, Maitama presided by Justice Peter Kekemeke was awaiting the legal advice from the office of the AGF to formally bring to closure the trial of the businessman and commencement of the prosecution of the suspects.

But, on May 10, 2022, AGF Malami, in the exercise of the powers conferred on him under Section 174(1) of the Constitution 1999 (as amended), approved the request by Falana for powers to prosecute the suspects in court for the crime.

Section 174(1) of the Constitution empowers the AGF to intervene and terminate any case if, in his judgment, based of his review in the course of trial, there are reasons to suspect the possibility of miscarriage of justice against the accused.

Pursuant to the AGF’s authorization, Falana, on September 9, 2022, filed a 17-count charge in suit No. FCT/HC/CR/469/2022 at the High Court of the Federal Capital Territory against 13 persons suspected to have played various roles in the alleged fraud in 2012.

The particulars of the charge showed that the suspects individually and collectively connived to perpetrate the crime in 2012 by illegally hijacking a N170.3 million contract awarded by the FIRS to Citadel Oracle Concept Limited.

The suspects were also charged for executing the contract in the name of Citadel Oracle without the consent and knowledge of its owner and Managing Director, in addition to their connivance with Access Bank to procure a fake Board resolution in the name of the company to open a fictitious account used to siphon the proceeds of the fraud.

On September 15, 2022, Falana wrote to the AGF to inform him of the filing of the charges in court against the suspects, pending the commencement of trial.

Consequently, Falana urged the Minister to direct that the ongoing case No. FCT/HC/CR/216/2016 by the police against Joseph be discontinued.

The filing of a formal charge against the suspects is coming more often than nine years after Benjamin Joseph, who is the Managing Director of an Ibadan-based ICT retail firm, Citadel Oracle Concept Limited, first reported the matter to the police in 2014, and eight years after police investigation found the suspects culpable of the crime.

After four adjournments since DPP’s takeover of the case by the police against Joseph, at the resumed sitting of the court on Tuesday, the expectation was that the case would finally be terminated and the date for the commencement of trial of the suspects announced.

But the court was shocked that at the commencement of the day’s proceedings, Simon Lough, the police prosecution counsel, showed up to announce appearance and his readiness to continue prosecution of the businessman in apparent defiance of a subsisting Ministerial approval for the police to hands-off the matter and handover to the DPP.

Although the presiding Judge, Peter Kekemeke, expressed surprise at Lough’s mission without a letter from the AGF informing the court of his decision to reverse his earlier decision and return the case to the police, he blamed the confusion on the delay by the AGF’s office to conclude the taking over of the case.

“Based on the AGF’s fiat granted our law firm to prosecute the suspects, we have filed the charges. The AGF is entitled to withdraw the fiat and take over the prosecution of the case from us. However, since he has not done so, and we are not aware he is contemplating any such action, we are proceeding with the prosecution of the case, whenever the date to do so is given by the court,” Falana said on Tuesday.