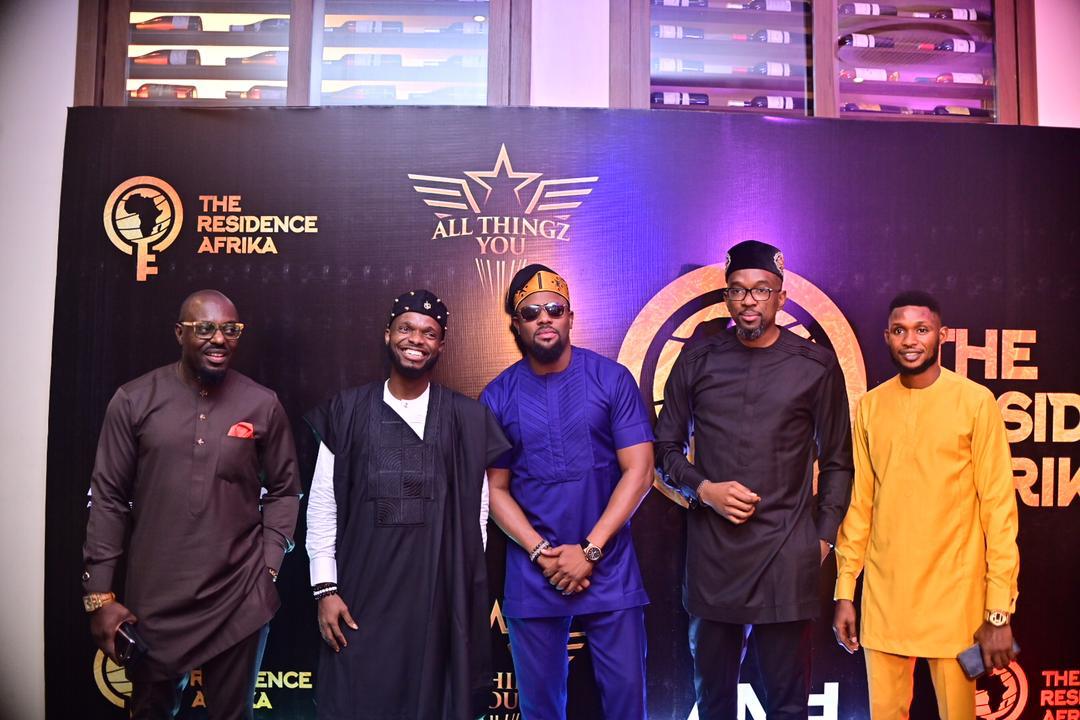 L-R: Vice-Chairman and Director, The Residence Afrika; Jim Iyke, Chairman of Africa Network Entertainment Limited (ANEL) and Executive Producer of The Residence Afrika; Mr Kelechi Freeman Ukadike, Project Director, ANEL and The Residence Afrika; Melvin Oduah, Project Manager, The Residence Afrika; Mr Chuks Anyaduba and Business Man, Mr Fidelis Ofili on the red carpet at the launch party of the Reality TV Show in Lagos, Nigeria.
Africa witnessed the tasteful unveiling of the most anticipated reality television show on Saturday, October 16.
The Residence Afrika, (The Quest Edition) was unveiled to the world at a glamorous launch party hosted by Cee Classic at 788 On The Sea, Twin Waters, Lekki, Lagos, amidst a constellation of entertainment industry superstars.
Present at the launch party were stars such as Jim Iyke, Uti Nwachukwu, Melvin Oduah, Jaywon, Djinee, Moses Inwang, Joselyn Dumas, Wilma, Hero Daniels among others.
Produced by Africa Network Entertainment Limited (ANEL),  the reality show which seeks to promote African culture brings together two representatives each from 12 Anglophone African countries in a bid to empower talents from the continent with more business opportunities and build them into business executives.
Speaking on the show which will be shot from two separate mansions in an undisclosed locations, Chairman of ANEL and Executive Producer of The Residence Afrika; Mr Kelechi Freeman Ukadike stated that the show which will hit the airwaves on 13 May 2022, started like a dream, adding that it is basically about creating African content for Africans. 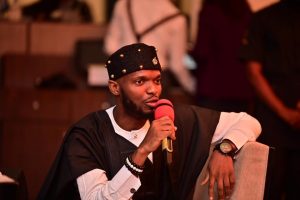 “The show brings together 12 African countries represented by two individuals. At the end of the day, there will  be two winners, a male and a female who will share $500,000.
“There is a possibility for the contestants to win more than $500,000 because they will all have the opportunity to showcase their knowledge, talents and business skills throughout the show especially during brand tasks”.
Commenting on the reality show whose housemates will include fashionistas, creatives among others, Vice Chairman ANEL and director of the show, Mr. Jim Iyke said, “After two years of planning and preparation, the show’s first season will be aired in Africa and around the world including the United States and the United Kingdom.”
Iyke who described ANEL as a young company said its representatives have been to Johannesburg, Accra and other African countries to bring the reality show to fruition, adding that the team had been through the highs and the lows to get what had been achieved. 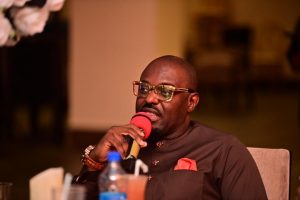 Mr. Chucks Anyaduba, the Project Manager while calling for investors to partner with ANEL explained that the inspiration behind the Pan-African project was born out of the fact that the existence of several languages in Africa had caused political upheavals and misunderstanding, adding that the reality show is a solution to the problem as it will bring people from different parts of Africa together, while harmonizing the value systems of different ethnic groups in Africa on the Show.
On how to win the show, he said; “To win, you don’t lose money, build loyalty to a brand,” he said.
Aside showing on partner television station such as African Magic , Noble TV, KTM, RBA, Startimes, The Residence Africa will be open for streaming from all parts of the world.
On the application to view the show, Mr Solomon Oyekunle said that the app which will be available on Google Playstore and the App Store, stating that it will give real time entertainment on the go, 24 hours live streaming for 10 weeks of the episode, while adding that voting will be  by purchasing points, with a cap of 200 points daily,
He also said the app provide daily catchup and highlights, saying that viewers can vote for their favourite contestants by purchasing credits via digital solutions like Paypal, Flutterwave and Bitcoin.
Further, he said that viewers would also have direct conversations with the contestants and choose their star contestant of the week on a weekly basis.
Auditions will be open to Anglophone Africans irrespective of status, gender and background, as all contestants will apply online through a transparent audition process. Visit https://theresidenceafrika.com/ for more information on the Show. 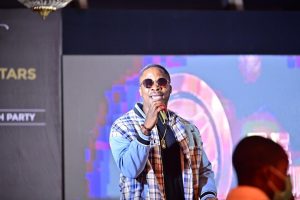 The launch of The Residence Africa couldn’t have been complete without the five-star performance of Djinee who took to stage after Jaywon to do a rendition of some of his old songs including “Ego” throwing guests at the event into a frenzy.
Post Views: 722