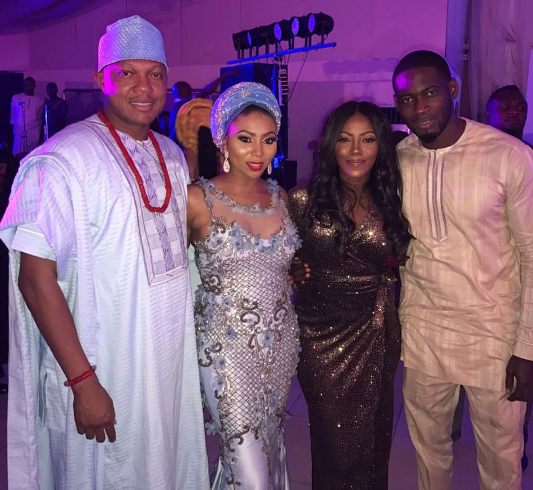 Followers of  the Tiwa Savage and Teebillz drama are aware that alot of water has passed under the bridge.

However, this has not stopped the couple from trying to resolve the crisis ravaging their marriage.

Having been enstranged for months, the couple who have been trying to make things work in their troubled marriage stepped out for the first time since Teebillz attepted suicide.

The couple were spotted at the wedding of Stephanie Coker looking beautiful on Friday, December 30th.

Dressed in a brown native attire Teebillz looked outstanding and calm, while his wife looked good in a Gold evening gown.

Prior to now, there had being indications that the couple were on a path of peace, as their son Jamal became a popular face in Teebillz social media pictures.

Asides this, in an interview with www.theoctopusnews.com, Tiwa Savage confirmed that she was doing well and enjoying her marriage despite the challenges.