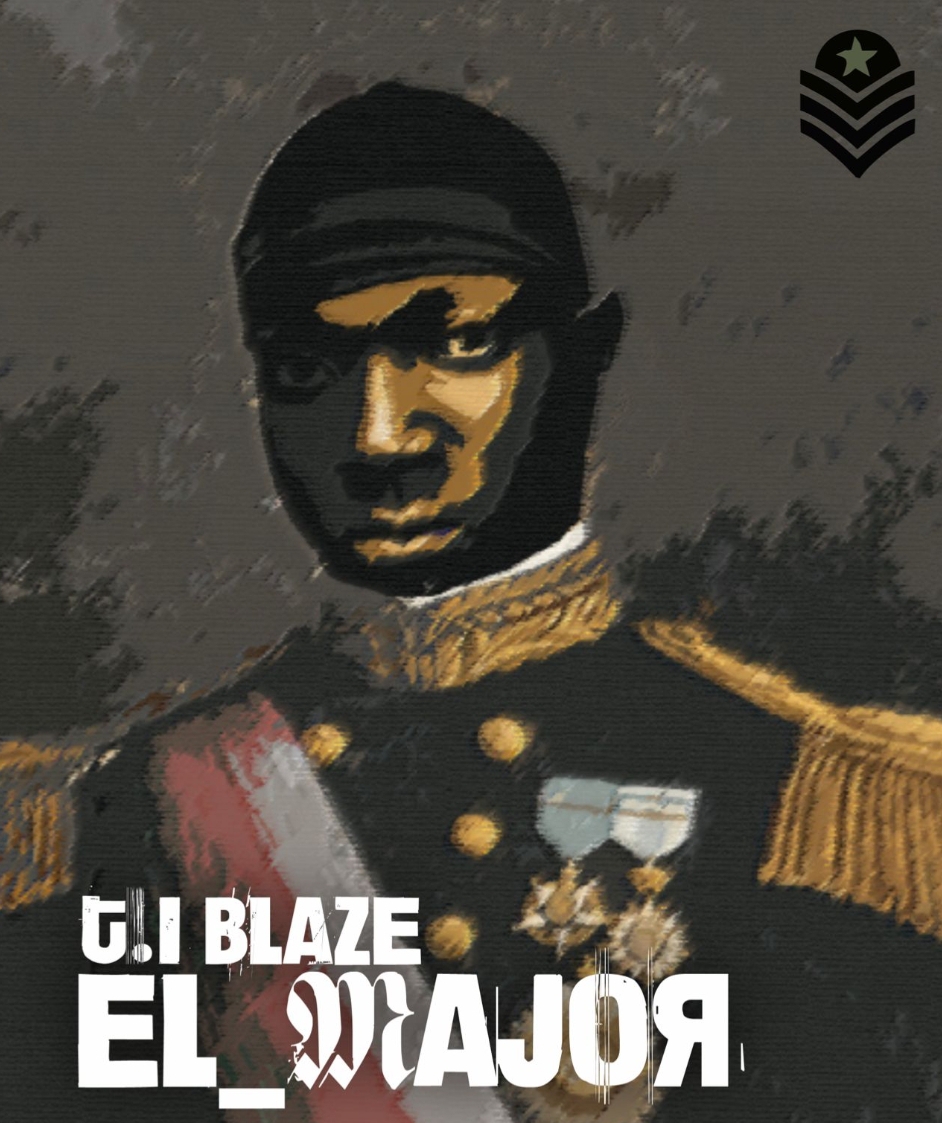 After his breakout moment in 2021, with the hook of “Sometimes” catching on across the entire Nigerian music community, T.I Blaze remained on everybody’s radar as one of the new leaders of street-pop music. With one extended play dubbed, Fresh Prince of Lagos, released earlier this year, and several singles out, the vocal prodigy has now stepped out with his debut studio album titled, EL Major.

Away from the realism of survival and the boundaries of love and romance, T.I Blaze also just wants you to dance and bask in the present. In songs like “Good Life,” “Vigure,” the Skiibii-assisted “Kilo,” the Camidoh-assisted “Fire Down,” and the Backroad Gee-assisted “Yawa,” he goes on a lustful and lightheaded spree, praising the female body in the fine art of street-pop.

In EL Major, TI Blaze makes street-pop music wholesome to consume, even for non Yoruba-speaking audiences; as his lyrics are regularly switching between Pidgin, Yoruba and English. He taps sound whiz Okizy, Rexxie, Niphkeys, Dibs, Spykida, Enta to create a sonic palette for his brand, which means that you can be having a bad day and TI Blaze’s music will be as soothing as when you hear it in your wildest moments at the club. It also highlights the importance of having a good A&R team; as the whiz that Kelechi Chopper Akwari displays brought this record to life. Also with the backing of T.I Blaze’s Exec Producers, Damilola Dapper Akinwunmi and Adegoke MOG Babatunde, it will be easy to interpret the depth of T. I Blaze’s artistry in visual formats.

EL Major might be a deeply reflective project; but it’s a great mood regulator and a treasure trove of music for everyone and every moment.

Like in his earlier record, TI Blaze tows his trademark themes of survival, love, mental wellness, among others, on this 13-tracker masterpiece. In EL Major, one can see T.I Blaze, born Akintunde Abiodun Timileyin, take on a rather pensive-realist glance on the ‘rat race’ nature of life. In songs like “Alone” featuring fellow street-pop maverick Bella Shmurda, he reflects on the solitary nature of man, partly-inspiring and partly-admonishing listeners with lyrics like ‘Nobody send your papa or mama/ Las las, na your mata/ Shebi na who get no dey chop alone.’ He pontificates similarly on songs like “Faraway,” where he reflects on his myriad blessings and the journey so far; “Frenemies,” where he laments on the reality of envious and backstabbing friends; and also on “My Life,” where he takes his stance on enjoying the low-hanging fruits of life and avoiding overthinking issues beyond his control; and on the song “Benefit,” he revisits the value of meaningful friendships and watching the type of circle one keeps.

As the crux of the record, TI Blaze’s didacticism tends to always overpower his records. Like with earlier released songs such as “Try,” “Sometimes,” among others, the ghetto gospel narrative on EL Major gives the album the lyrical and emotive depth it soars with. Sometimes, it is not even the direction that shapes the narratives; but the fact that he presents these realities altogether, that is a big win for the average kid on the street who might never get to attend a concert or enjoy the fanciest slices of life. It is music that makes them feel ‘seen.’

On EL Major, the 22-year-old Dapper Music artiste perfects the art of blending contemporary sonics with relatable storytelling. When he is not introspecting about hustling and survival, T.I Blaze is also very much the loverboy. On songs like “Lock Up,” he talks about how the love he shares with his partner can be unaffected by distance; “Panic,” where his insecurities come to the fore about whether or not he might get served ‘breakfast’ (breakup); “Play” featuring the star girl Fave, where he again warns against being toyed with by his lover. In these songs, TI Blaze continues to show the softer sides of masculinity that are almost like compulsory sins to many men.

I Almost Lost My Life Because Of Drugs-Solidstar

8th AFRIMA: Senegal Welcomes Africa To A Celebration Of Music, Culture And Hospitality