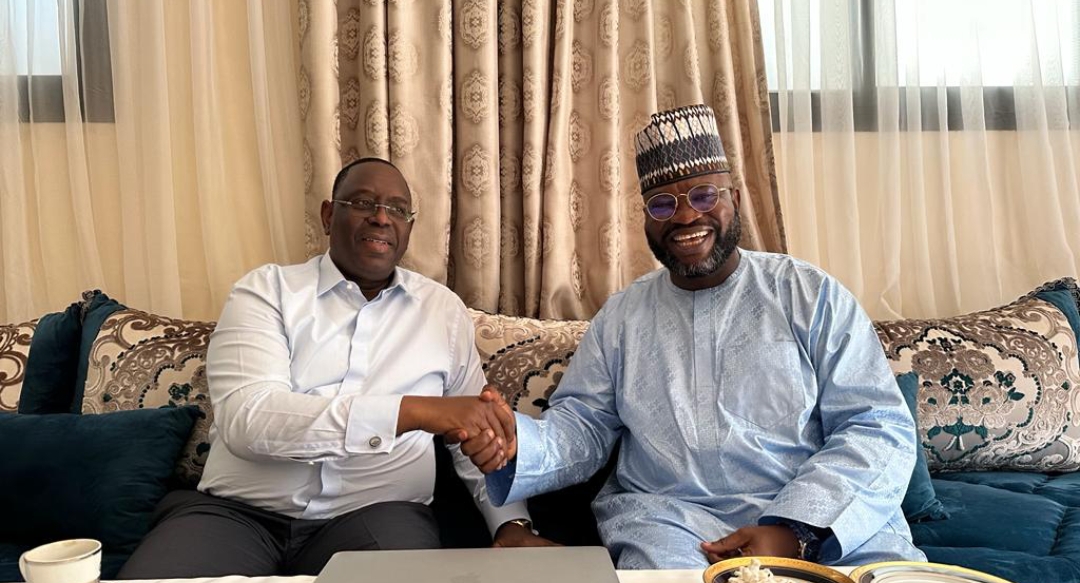 Lukmon Akintola
Over the years, the organisers of the All Africa Music Awards (AFRIMA) have asserted it as the continent’s leading music recognition event.
In partnership with the African Union Commission (AUC), AFRIMA has been a story of glory to glory, setting and conquering new heights and frontiers under the leadership of its Executive Producer, Mike Dada. 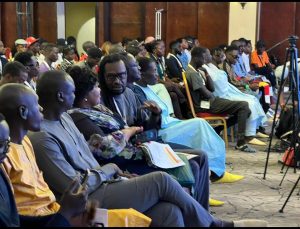 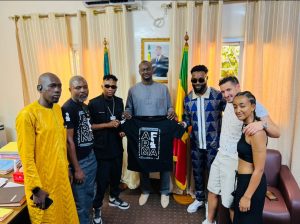 Crisis-crossing the length and breadth of the continent in a trailblazing manner, and in celebration of some of Africa’s biggest and budding music talents, AFRIMA has come to stay.
However, the 8th edition of the award tagged the ‘The Teranga Edition’, will be a game changer on many fronts. It will be an award like never seen before.
With the unveiling of Senegal as the host nation at a joint world media conference held at the Hotel King Fahd Royal Palace, in Dakar, Senegal on Friday, November 4, 2022, the excitement surrounding the awards took another form, with African musicians not being able to hide their excitement.
The words of the Head Culture Division, Social Affairs Division, African Union Commission (AUC), Angela Martins confirm the excitement level around the most anticipated award, even as she said that the AUC is excited to have the awards in a francophone region. 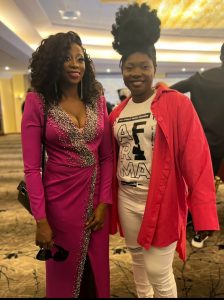 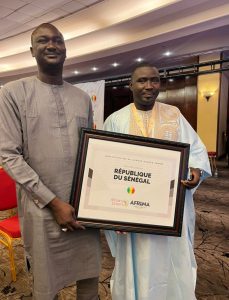 “The AUC has been a strong partner and collaborator of the prestigious awards since its first edition in 2014. AFRIMA has grown to become the only continental platform that aims to promote and disseminate musical works and immeasurable talent of African Musicians from both young and old generations.
“This prestigious platform gives expression and supports the implementation of the AU policy instruments in the creative economy including the AU Plan of Action on Cultural and Creative Industries.” 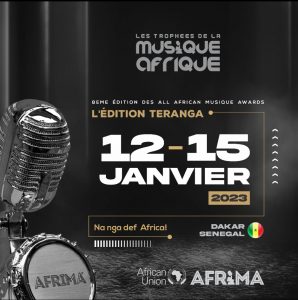 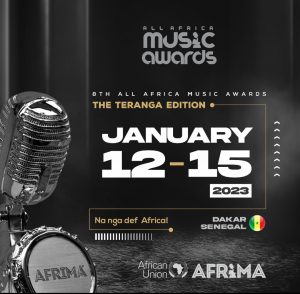 The excitement surrounding the award comes from different fronts including knowing that history is being made with Senegal being the first french speaking country to host the award. Asides from this, Senegal also makes history as the third AU member state to host the awards, and it comes at a time when it is the Chairperson of the African Union.
A little snag, however, is the postponement of the awards till January 12-15, 2023 as announced by the International Committee of AFRIMA, the African Union Commission, and The Republic of Senegal. Though this might have dampened the excitement a little, it is a double edge sword as it means an extended voting deadline till January 13, 2023, at 23.00 (CAT).
Though this will be the first time the main awards ceremony will be held in a francophone country, the support level of the government of Senegal is in no doubt with the notable dignitaries present at the event unveiling conference which included the representatives of Senegalese Minister of Culture and communication; and Minister of Tourism and Air travels, Special Adviser to the President of Senegal, Dr. Massamba Gaye.
The words of Senegal’s Minister of Tourism and Air Transport, HE Mr. Alioune Sarr, represented by Phillipe Ba also confirmed the level of commitment from the county, when he said, “Personally and on behalf of the Senegalese government, welcome to Sénégal, the home of the champions of football. Now Sénégal is also positioning herself to become the champion of music because we are hosting the 8th AFRIMA. We are happy knowing that Sénégal becomes the third country and the first Francophone country to host this great event.
“I can tell you that our ministry (Tourism) and the Senegalese government will partner and collaborate with you (AFRIMA) for the great success of AFRIMA in Senegal because our President, H.E. Macky Sall is not only the president of the African Union but also wishes to position himself as the President of all African Lovers of Culture which AFRIMA exudes.”
The strength of Senegal as a host nation was further confirmed by Senegal’s Minister of Culture and Communication, Aliou Sow, represented by Ousmane Barro Dione, the Director General de La Compaignie Nationale de Theatre, Daniel Sorano, when he said, “I feel honoured to be representing the Minister of Culture, alongside my colleague at this event in preparation for the 8th edition of AFRIMA Awards in Sénégal from the 12th to 15th January 2023. We are honoured to welcome this huge event to this country for the benefit of the young people in Senegal and the image of the country.”
The assurance of a successful music festival is sealed by the words of AFRIMA’s Country Director in Senegal, Matar Diop who said, ‘I am excited that the International Committee of AFRIMA and the African Union listened to our plea and pitch to bring AFRIMA to Senegal for the benefits of the tourism and music industry in Senegal that will have an impact on our youths. I thank the President and the government of the Republic of Senegal for supporting this project that will change the creative industry and the tourism landscape of Senegal for good. We look forward to welcoming Africa and the world to Dakar, Senegal on January 12 to 15, 2023 with Nanga Def Africa!”
Qualities that make Senegal the ideal host include a huge investment in the arts, culture, and heritage, good hospitality, warmth, and generosity.
Typically, hosting the 2022 AFRIMA award will reignite to the world lovely memories of the beautiful cities of Senegal, especially Dakar, while also availing Senegalese youths rare opportunities to tap into the creative economy and new music business models, monetization in music, intellectual property rights and licensing as well as collaborations with other global African music superstars that will be participating in the awards.
The 2022 Afrima event commences on Thursday, January 12, 2023, with a courtesy visit to the President of the Host Country, while a host city tour, school visit, and gift presentation will also take place as part of AFRIMA’s Corporate Social Responsibility (CSR), and a welcome soiree.
On Friday, January 13, 2023, the 4-day event continues with the African Music Business Summit and the AFRIMA Urban Music Fest; while the main rehearsals and nominees’ exclusive party will be held on Saturday, January 14, 2023.
The colourful event climax on Sunday, January 15, 2023, with the live awards ceremony broadcast by 104 Television Stations to over 84 countries around the world.
In the meantime, activities to herald Africa’s most colourful award continue on social media platforms including Instagram/TikTok – @afrima.official ; Facebook – Afrimawards; Twitter – @afrimaofficial; and LinkedIn – AFRIMA.
Indeed, Senegal, Africa beckons.
Post Views: 3,909

Related Topics:8th AFRIMA: Senegal Welcomes Africa To A Celebration Of Music; Culture And HospitalityAFRIMASenegalSenegal to host 2022 Afrima
Up Next