Moses Oko, the suspect killer of a 300-level student of the University of Jos, Jennifer Anthony, went dumb when he was led into the witness box to commence his formal arraignment on Monday, February 21.

Recall that the deceased was lured into a hotel by the 20-year-old suspect said to be her boyfriend, where she was brutally killed.

The suspect, also a student of University of Jos, was arraigned by the police before the Plateau State High Court presided over by Hon. Justice S. P. Gang. 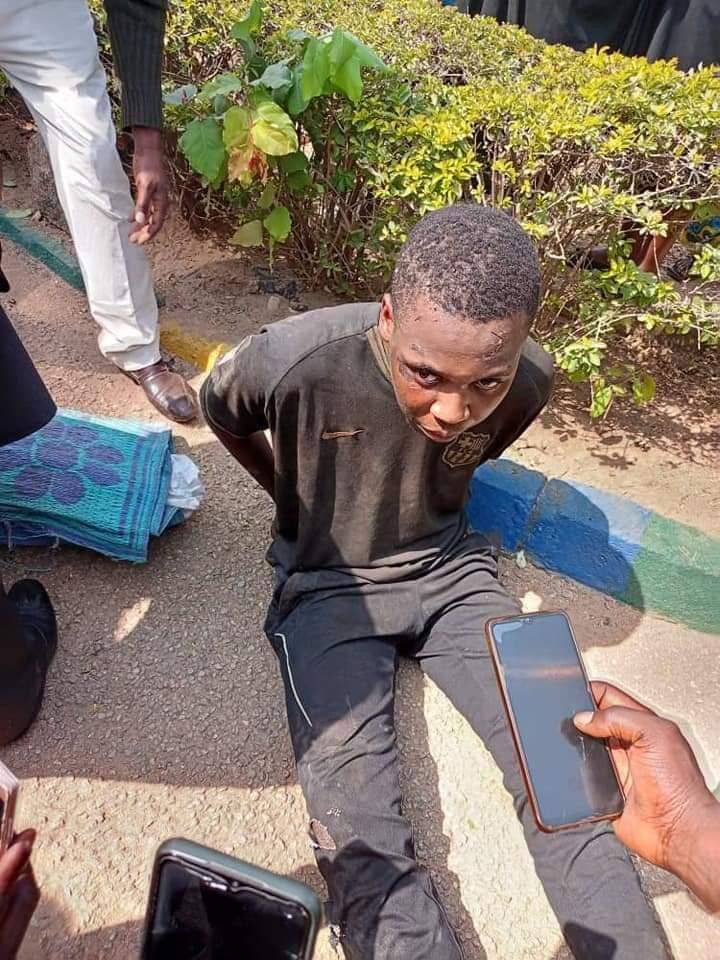 Daily Trust report that the suspect was led into the court and had a quiet session with his counsel before his parents later joined them.

They communicated among themselves while other cases were being treated, Daily Trust reported.

However, drama began as soon as the case file of the suspect was called and he was asked to move into the witness box to take an oath.

Oko refused to walk on his own, as he ‘did not to understand’ what was going on. He was helped to the witness box by the correctional officer that brought him to the court.

However, on reaching the witness box, the court clerk called his name to know if he understood the English language or Hausa language, so as to know how to administer the oath for him, but he did not respond and instead kept starring at the court without uttering a word.

Everyone in the court was baffled as the court clerk called him several times but he did not respond.

In his explanation, Counsel for the defendant N. E Jesse (Esq) told the Court that Oko was not mentally stable, as his senses fluctuates.

“It appears the weight of charges slammed on him is too heavy for him to bear and as a result has developed imbalanced mental conditions,” said Jesse.

Reacting to Jesse (Esq) submission, Muleng Alex (Esq), counsel for the prosecution told the court that the medical report before the court shows otherwise.

Muleng claimed that the defendant spoke very well to his counsel in English language before the matter was called.

On his part, the defense counsel while replying told the court that, the certificate of health concerning Oko, would be subjected to legal scrutiny and medical diagnosis, since the medical document is coming from the prosecution.

Hon. Justice Gang adjourned the case to the 3rd and 4th of March, 2022, for hearing.

Related Topics:Suspected Killer Of UNIJOS Student Goes Dumb In Court
Up Next