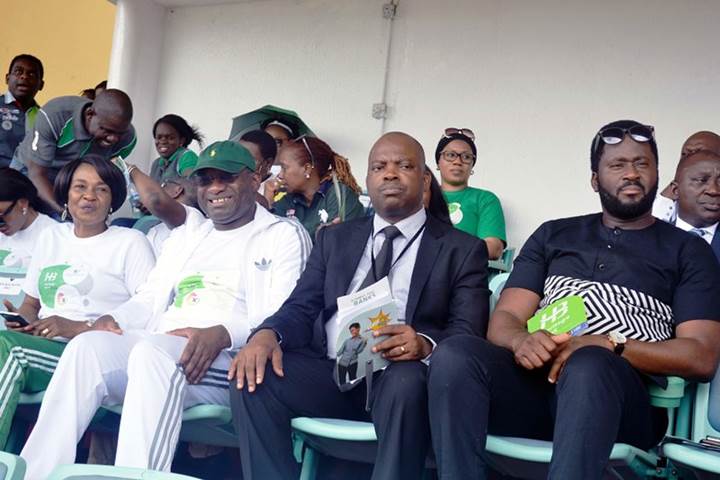 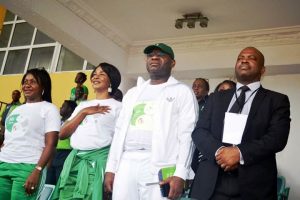 The Heritage Bank-Lagos State Skoolimpics, which is the bank’s signature sporting event that brought together over 6000 student athletes, over 20,000 students from over 600 secondary schools of the six educational districts of Lagos State berthed successfully as the curtain finally fell on the 3-day sporting fiesta at the weekend.

Of utmost interest was that the energy and zeal amongst students, athletes and non-athletes were simply unbelievable and electric. Skoolimpics records were set; exceptional talents discovered and a new sporting order instituted with Heritage Bank proud to be the initiator of this unfolding history. Altogether, a total of 21 trophies and 450 medals were won in this sports fiesta fashioned in the tradition of the Summer Olympic Games.

Taviore toppled every other contestants in the girls’ event to win gold, while Peace Amuneke of Dorcas Memorial Secondary School and Victoria Oyebode from Surulere Local Government Girls School settled for silver and bronze medals respectively.

The Minister of Youth and Sports, Barrister Solomon Dalong commended Herritage Bank’s drive to resuscitate sporting activities from the foundational level with a view to combining education and sports to bring out the best  from Secondary School students.

Brand Ambassador for Heritage Bank-Lagos State Skoolimpics, Mary Onyali (MFR), expressed confidence in the benefits the Heritage Bank Skoolimpics will bring to the table. She described the pilot edition of the project as timely and a rare opportunity for interested secondary school students to start from. “This is designed to encourage and help our young ones to discover their talents early and optimize them.”

“During my time as an active sports participant, I didn’t have this opportunity to start from the very foundation like this, but now that these ones are enjoying the opportunity, it will help the nation to discover more talents and run with it. With this type of mammoth crowd, it shows that these children have been looking for this opportunity because they have so much energy and skills to do sports. If other private institutions could embrace something like this, it means our children will have more competitions to attend and boost skills. Apart from lessons and other assignments in the classroom, these young ones desire an organized school competition like Heritage Bank Lagos State Skoolimpics. So, this is where education and sporting activities are important”.

The Managing Director/CEO, Heritage Bank Plc, Mr. Ifie Sekibo, while declaring the pilot edition of the Heritage Bank-Lagos State Skoolimpics 2016 open said he will set aside the sum of N10m for any athlete discovered at the Skoolimpics that will break Onyali’s  20-year 200m record.

At the closing ceremony, the MD explained that success of the Heritage Bank Lagos State Skoolimpics is the potential benefit of the private-public sector partnership, which the bank intends to pursue and replicate in other states of the federation as the tournament goes national.

Represented by the bank’s Executive Director, Mrs. Mary Akpobome, the bank boss described the participating schools as world-class, who only need a platform like ‘Heritage Bank Skoolimpics’ for them to showcase their talents and taken up for other phases of excellent performances to the glory of Lagos State and Nigeria.

Skoolimpics, is an annual sporting event aimed at discovering, nurturing and rewarding talents from secondary schools.  The idea behind Skoolimpics is the holistic development of young people, to foster their physical, social and emotional health in addition to discovering talents that will become a feedstock to the country’s pool of amateur and professional athletes.