In the midst of Bobrisky’s excesses, one question which a lot of people have asked is who are the parents of the cross-dresser, Idris Okuneye.

He resolved a part of the puzzle today when he shared a picture of his deceased mother on Instagram.

According to information provided by Bobrisky, his mother died 12 years ago in Mecca during the 2008 Hajj.

Bobrisky said that he remembered telling her not to go to Mecca that year because of her high blood pressure, but she insisted. She died while there.

While remembering his mother, Bobrisky wrote: “When I tell people I look so much like my mum. That is my mum o ! She is so pretty. She died in Mecca hajj 2008. She died 12yrs ago. I remember telling her not to go to hajj that yr because the doctor told us she has high blood pressure. She eventually went and died there. Dis soul here is my everything. I still cry sometimes thou because she loves me die !” 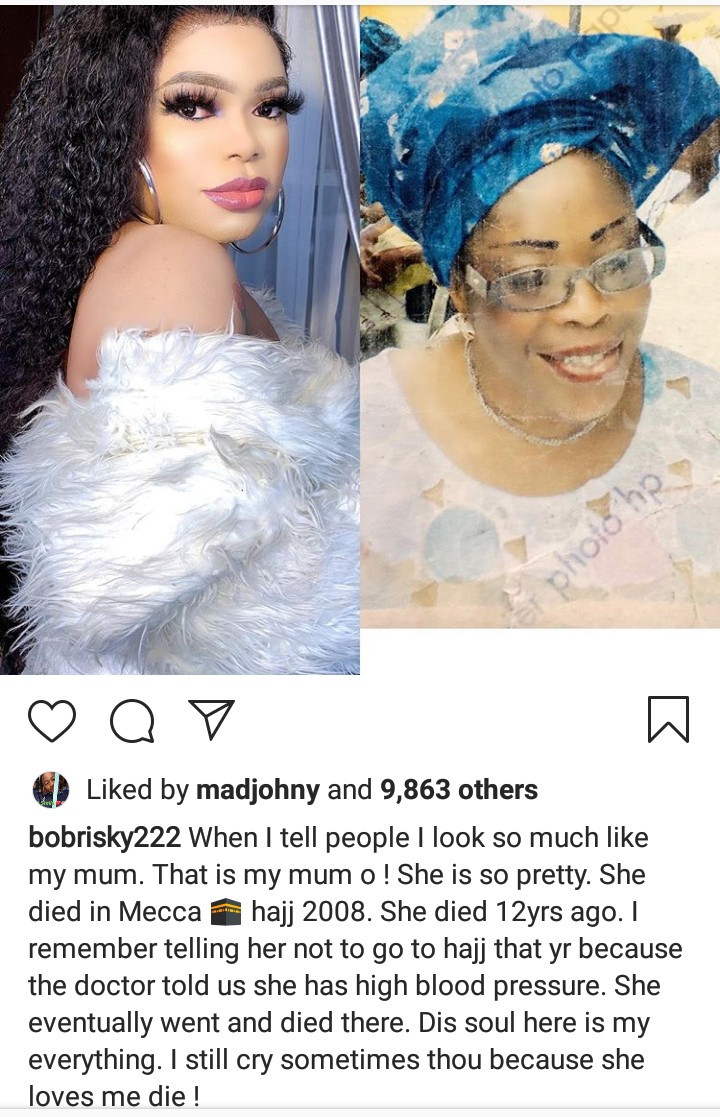 “Share In Our Joy,” Mercy Johnson’s Husband Writes As He Announces Arrival Of Fourth Child***Photo

Someone Has Been Impersonating Me On Social Media, Mother Of Dead Dancer Claims