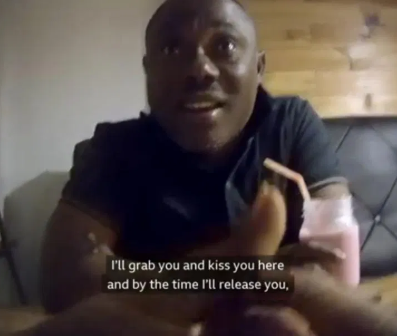 The last has definitely not been heard of the sex for grade scandal making the rounds in some African higher institutions.

Latest to add his voice to the discuss is Emmanuel Acheampong, a senior lecturer at the Ghana Institute of Management and Public Administration (GIMPA) Business School.

Sharing his experience on the issue, Acheampong revealed how a Nigerian female student in one of the country’s universities allegedly offered him sex-for-grade.

Acheampong who spoke on Ahotor FM in the wake of ‘sex for grades’ expose by the BBC Africa Eye, said: “She was a Nigerian student who wanted to pass without studying”  and that the student had included her naked picture and telephone number in her answer booklet after writing his paper.

“When I opened the paper, it was an empty sheet with her naked picture and telephone number under it. I called her and with my background as a Christian, I counselled her,” he revealed.

Acheampong revealed that he failed her woefully, adding that he usually gives out questions before the examination to avoid anything of the sort.

According to him, this practice discourages students from coming to you.

The University of Ghana and that of Lagos, whose lecturers were indicted in the documentary have suspended the lecturers.

DELTA 2023: OGHARA PLOT TO INSTALL THE NEXT GOVERNOR WILL FAIL!