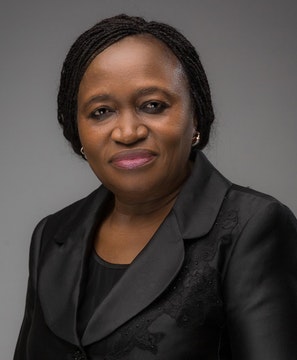 A man or woman is never done until the angel of death comes calling.

This is what the recent appointment of Serah Alade as Special Adviser to President Muhammadu Buhari on Finance and Economy has affirmed.

Highly celebrated in the finance industry where she put over two decades, the peak of the woman’s career was her appointment as Acting Governor of the Central Bank of Nigeria (CBN), in 2014, before retiring in 2017.

Hence, many have concluded that there was no exaggeration when former Minister of Finance, Kemi Adeosun, described Alade as one of the best females in the history of Nigeria’s finance.

All of that happened years back, as Alade has been off the radar for a while.

However, like the proverbial ram that is bound to return, hers was in a big way, as she shocked many who thought that her glory days were over.

Working in the Ministry of Finance, Budget, and National Planning, Alade’s Midas touch is what many would hope to see.