The gang leader of the Offa bank robbery, Ayoade Akinnibosun a.k.a AY, has revealed that he wasn’t sent on the operation by Senate president Bukola Saraki.

Akinnibosun, revealed this during an interview with a cross section of journalist while being paraded.

According to him, graduating from being political thugs to bank robbers was the handiwork of the devil.

While acknowledging the fact that he started working for Saraki as far back as when he was a governor, Akinnibosun, maintained that Saraki had nothing to do with the bank robbery saying ”No they did not send us but because we are their political thugs, that is what led us to the place”.

Explaining the link between his Lexus jeep and the Senate President, Akinnibosun said the Lexus jeep was provided by the senate president for political activities. 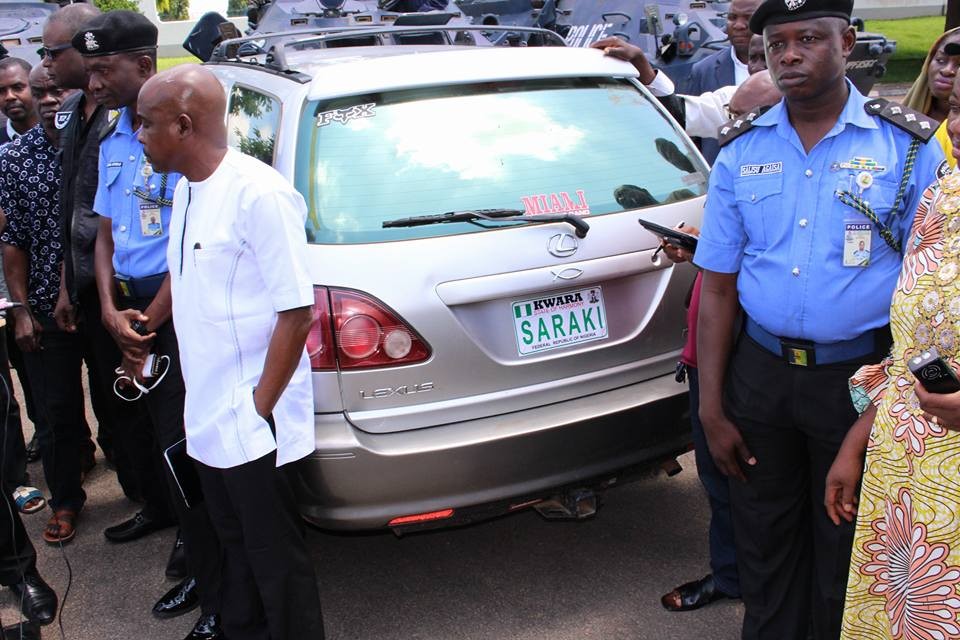 Why I Am Contesting For House Of Representatives-Shina Peller