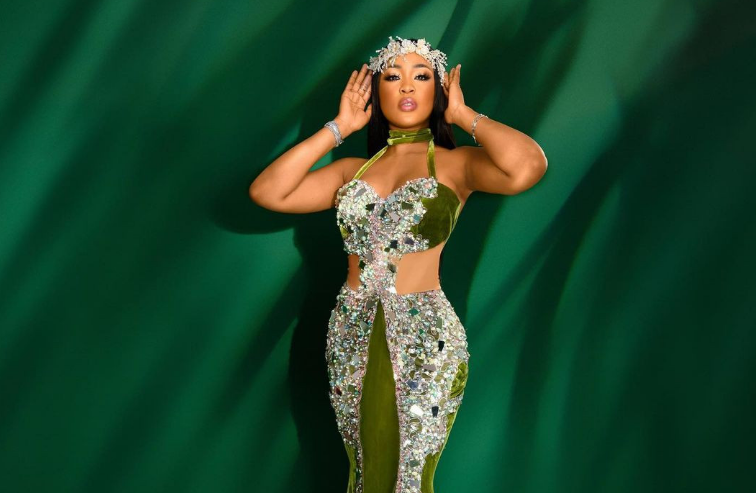 A fan of controversial reality star, Erica Nlewedim, has slammed her for taking a kissing role in a movie.

The fan expressed his dislike of the role taken by the star in a message he shared on social media.

The fan made reference to a movie Erica acted in and told her she should be able to avoid kissing scenes.

The fan went on to tell her that if she keeps accepting such scenes, she would end up kissing almost all the men in the industry and “that is not good for a lady that is yet to be married.”

“You have to be careful,” the fan added.

See the message below: 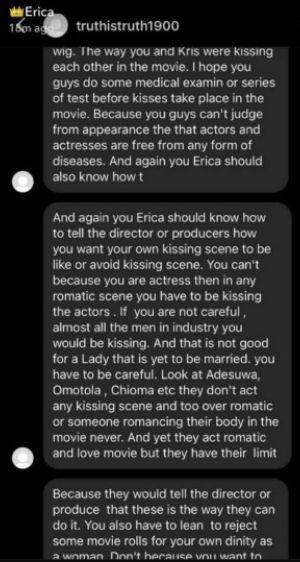