The inauguration of the Governor which held at Samuel Ogbemudia Stadium, Benin, Edo State was in progress with the governor reading his speech when the incident happened.

The ADC dressed in a ceremonial police uniform collapsed at about 12:00 as the governor read his seven-page inauguration speech. 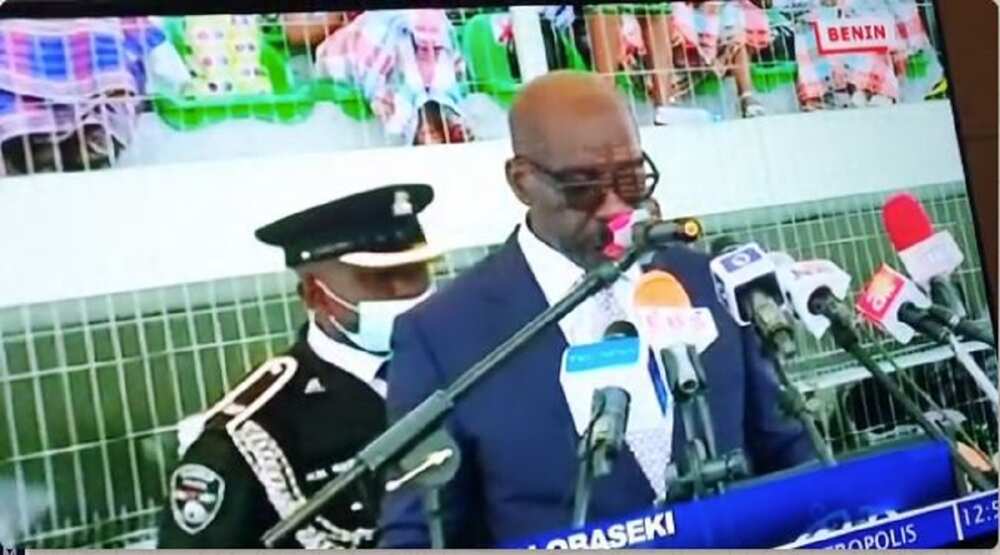 Realising something was amiss, he briefly looked back before moving on with his speech, while the ADC was quickly caught by other security operatives before he lost his balance.

He was subsequently revived by the immediate Edo Commissioner for Health, Patrick Okundia.