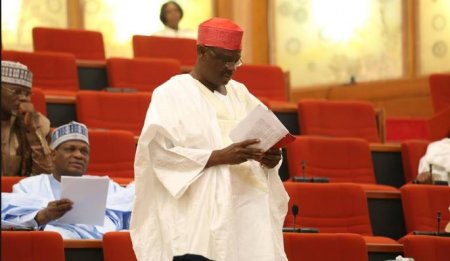 The Federal Government amnesty to repentant Boko Haram members has been faulted by Senator Ali Ndume.

The Senator blamed a repentant Boko Haram terrorist for giving out information on the movement of the Army to Boko Haram members who carried out an attack in Damboa recently.

Senator Ndume who is the chairman of the Senate Committee on the Nigerian Army, made the allegation during the budget defence of the military before the committee today November 11.

Ndume seized the opportunity to once again condemn the de-radicalization, rehabilitation, and reintegration program organized by Operation Safe Corridor of the Nigerian Army.

“I am in disagreement with the government on the issue of deradicalising and reintergrating. My position is still the same. The executive’s position is different but I still maintain that position. You can’t be resettling people, pampering them while the war is not over.

“In my own village, 75 mallams that are Muslims who are above 60, were taken to an abbatoir and slaughtered by Boko Haram. Can you imagine that the Nigerian Army and the Nigerian government is saying that because these people have gone to repent, you bring them back and you pamper them.

“The recent attack in Damboa was carried out by a repentant giving information as to the movement of the Army,” he said.