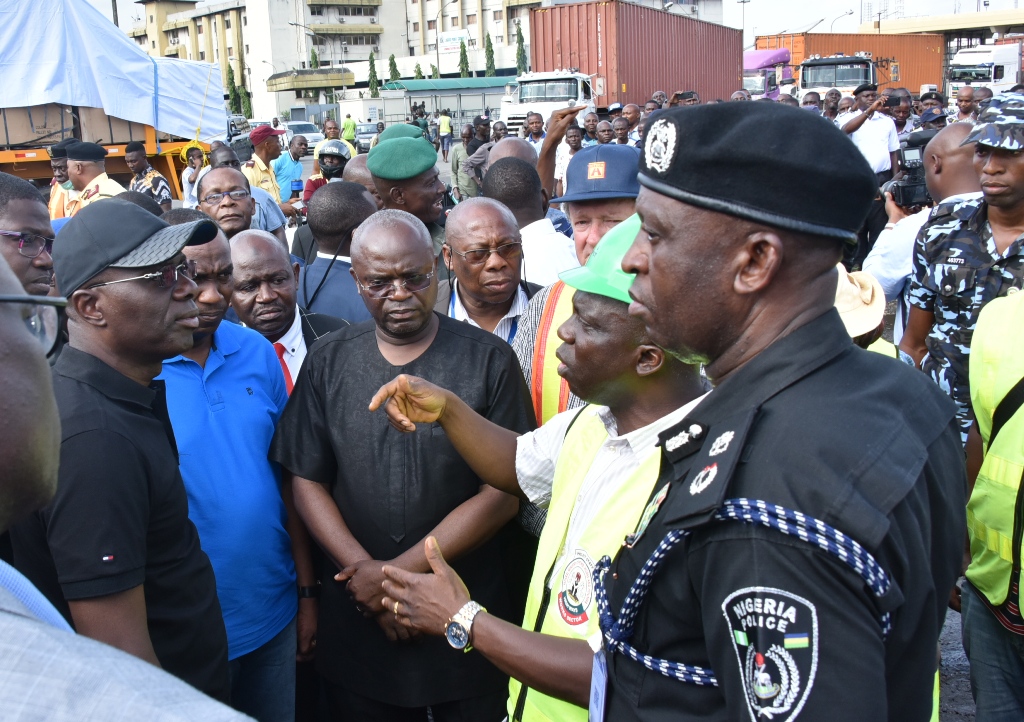 Lagos State Governor, Mr. Babajide Sanwo-Olu on Thursday visited Apapa and its environs to assess the lingering traffic gridlock in the area, pledging to find a lasting solution to the menace.

The Governor, accompanied by his Deputy, Dr. Obafemi Hamzat and the Head of Service, Mr. Hakeem Muri-Okunola, among other top government officials, said that his administration would work with the Federal Government and other stakeholders to achieve the June deadline for the completion of the 1,000-capacity Tin Can Ports Truck Terminal to resolve the crisis. 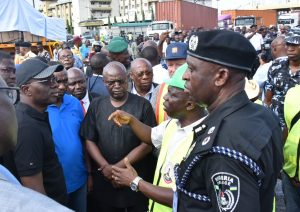 “What is left to complete is the water system, toilet facility and power supply, which is the aspect left to fix. Once they do that, all the trucks on the Ijora bridge and others within that axis can use it,” he said.

Sanwo-Olu, thereafter, met with port operators who listed challenges confronting them at the Nigeria Ports Authority (NPA) and Lilly Port Terminal, while suggestions were made on possible solutions.

The Governor expressed appreciation to President Muhammadu Buhari for the Federal Government’s efforts at ending the crisis and promised that the State government will work with other stakeholders for a lasting solution to the problem.

“We have discovered that the problem of Apapa is multi-faceted; one agency cannot resolve the issue. We have met with security officers and operators on ground. We have seen that the problem is more than what one company can solve,” he said.

Sanwo-Olu also thanked the NPA and Dangote Group for work done on Wharf Road up to the Apapa Ports but expressed regret that in spite of their intervention, trucks still park on the roads.

“From our interactions with stakeholders, it was discovered that NPA has a concession company, APMT, and we also observed that there is a disconnect in the activities of picking and dropping off containers in the Ports.

“One of the strategies is that we will be engaging with NIMASA, shipping councils, NPA and others to resolve the issue, especially on how they can push the commencement date for the collection of demurrage,” the Governor said.

He further solicited the cooperation of the Federal Government in evacuating illegal squatters occupying open space within the Tin Can Port premises, just as he expressed optimism on a lasting solution in no distant time.

“The final solution is around the corner; we are hoping in due course, we will get all these issues behind us.

“We need to build another port. We will take it upon ourselves with the support of the NPA to develop the Lekki and Badagry ports,” the Governor said.