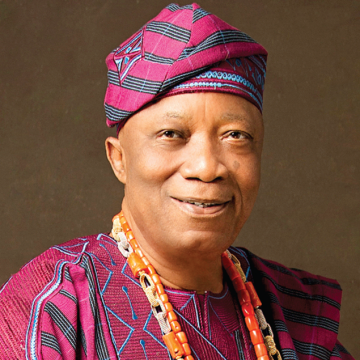 Lotto man, Kessington Adebutu, might be set to face one of the biggest embarrassments of his social life.

Over the years, the businessman who is known for his clout and resources has never got it bad especially when it comes to giving out his children in matrimony.

However, a plan to halt the marriage of his daughter Tope Adebutu to Olujonwo Obasanjo by the mother of the groom, Taiwo Obasanjo will naturally come to him as a rude shock.

Obasanjo is asking an Ikeja High Court to stop her son from getting married before his Thursday, June 1 birthday. If the marriage fails to hold as planned, it would indeed be a major embarrassment for Kessington who is a celebrated socialite and successful businessman.

The duo of Tope and Olujonwo had their introduction in December 17, 2016, and hope to officially get married on Thursday, May 11 and the following day.