The names of police officers being prosecuted for offenses related to the violation of human rights in Lagos State has been released.

The list was released by Governor Babajide Sanwo-Olu of Lagos State.

The list is in response to the demands of the EndSARS protesters.

Sanwo-Olu released the list of the police officers undergoing trial and the crimes they are being tried for. 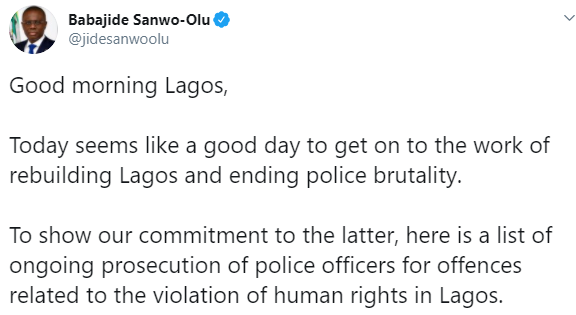 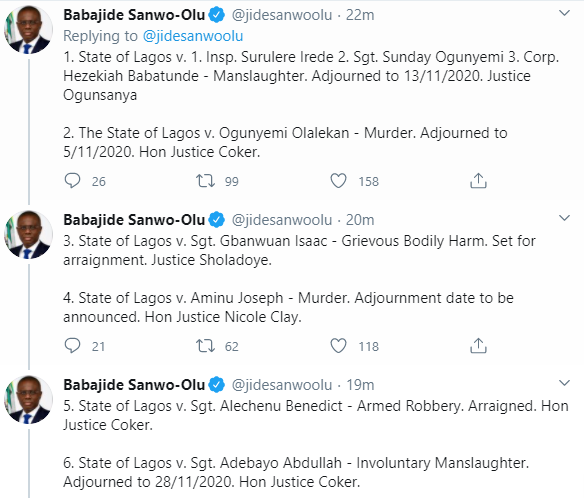 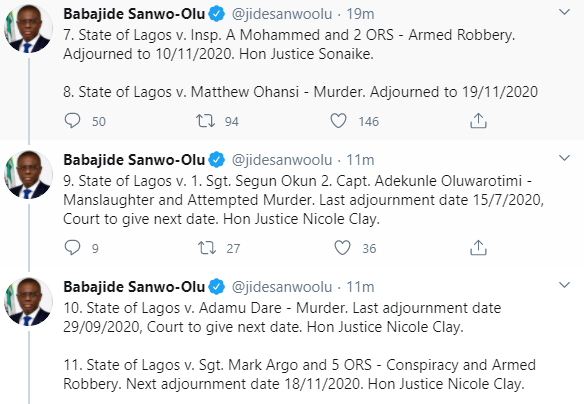 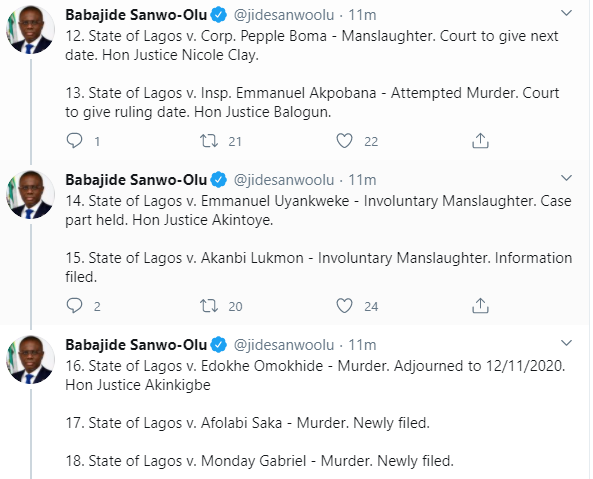 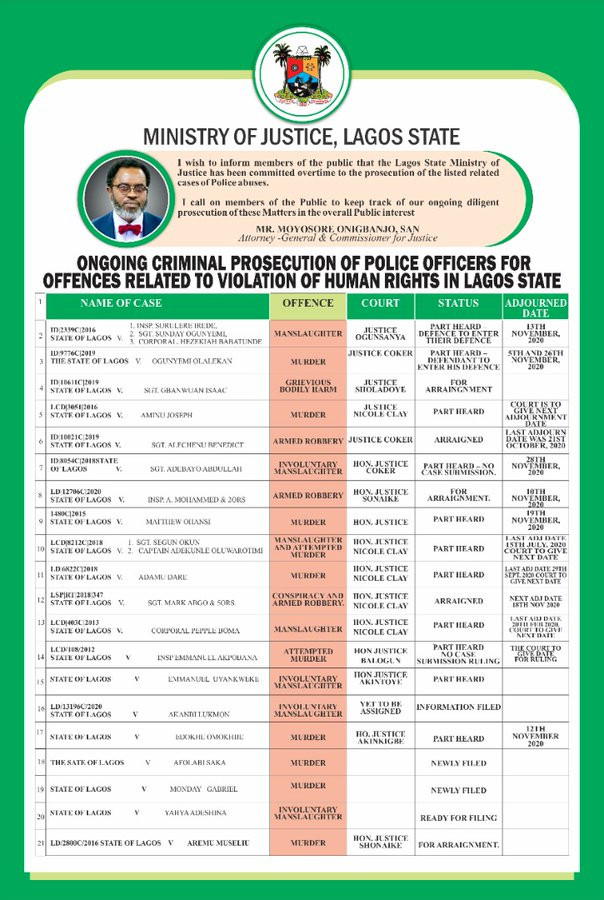