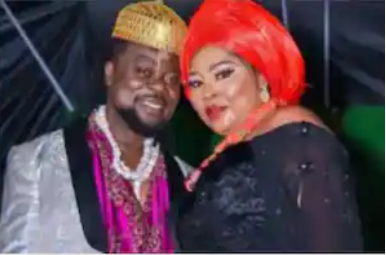 Following the controversy trailing Rita Daniels for marrying a younger man, her son has come out to say that the photos spotted on social media were from a movie.

Recall that photos of the woman getting married traditionally surfaced online two days ago, attracting reactions.

In the photos, Rita is seen posing with a younger man in different traditional attires while guests wearing ashoebi were seen in the background.

Reacting to the criticism that has trailed his mother, Lawrence said the photos were from a movie set.

His reaction follows an earlier prayer for her marriage to last.

Lawrence wrote: “The photos are from a movie scene. Social media can catch their cruise but they will be shocked when they eventually see the movie.” 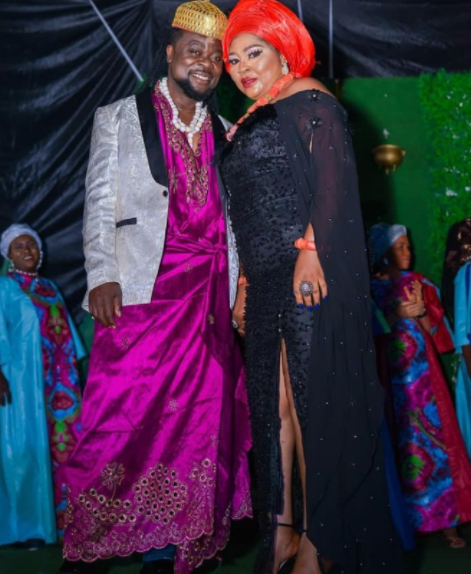 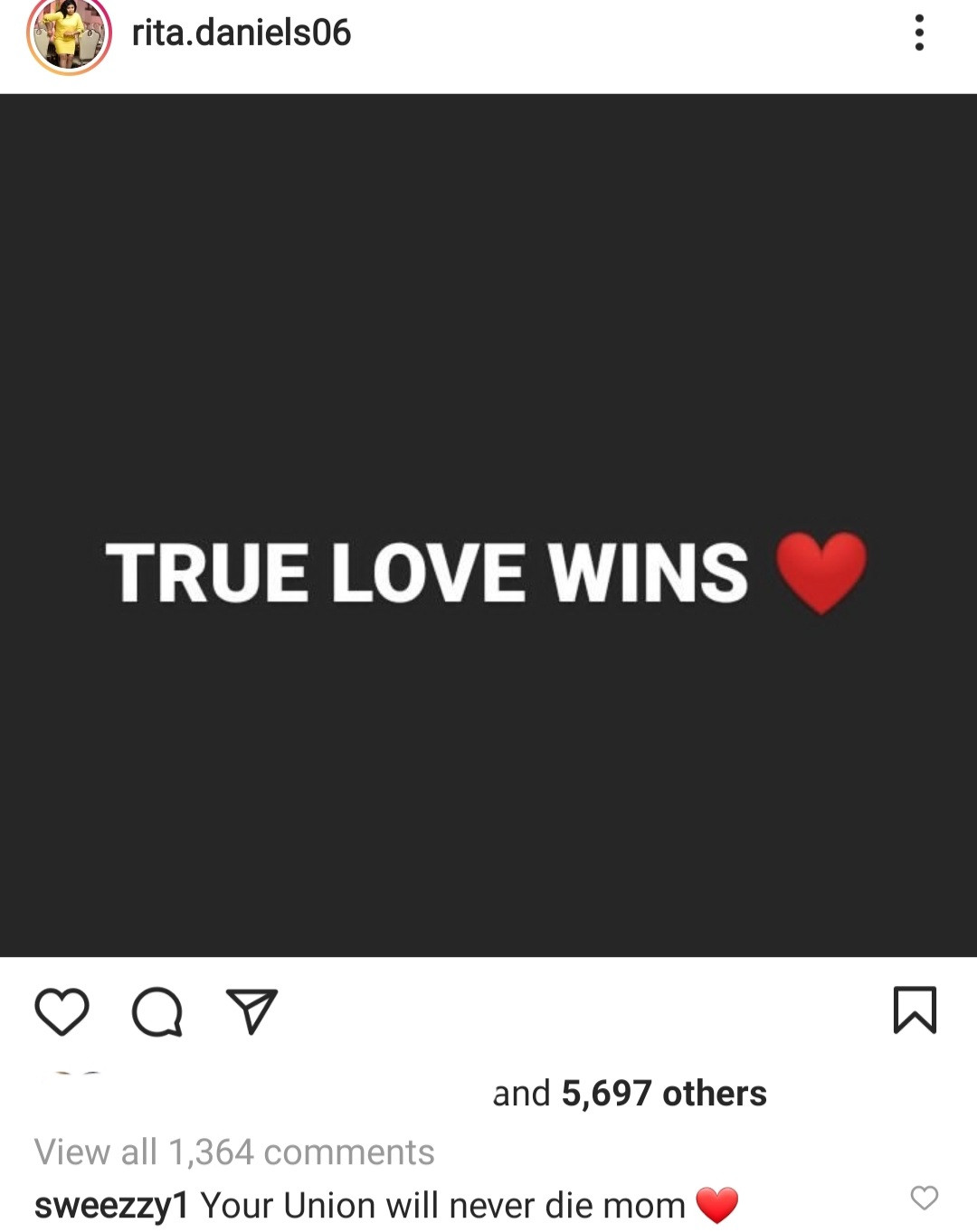 Meanwhile, Larry Zuka, the singer and film director who Rita Daniels supposedly married have spoken out on the true situation of things.

Zuka only wrote “Thank God I found you.” on Instagram. 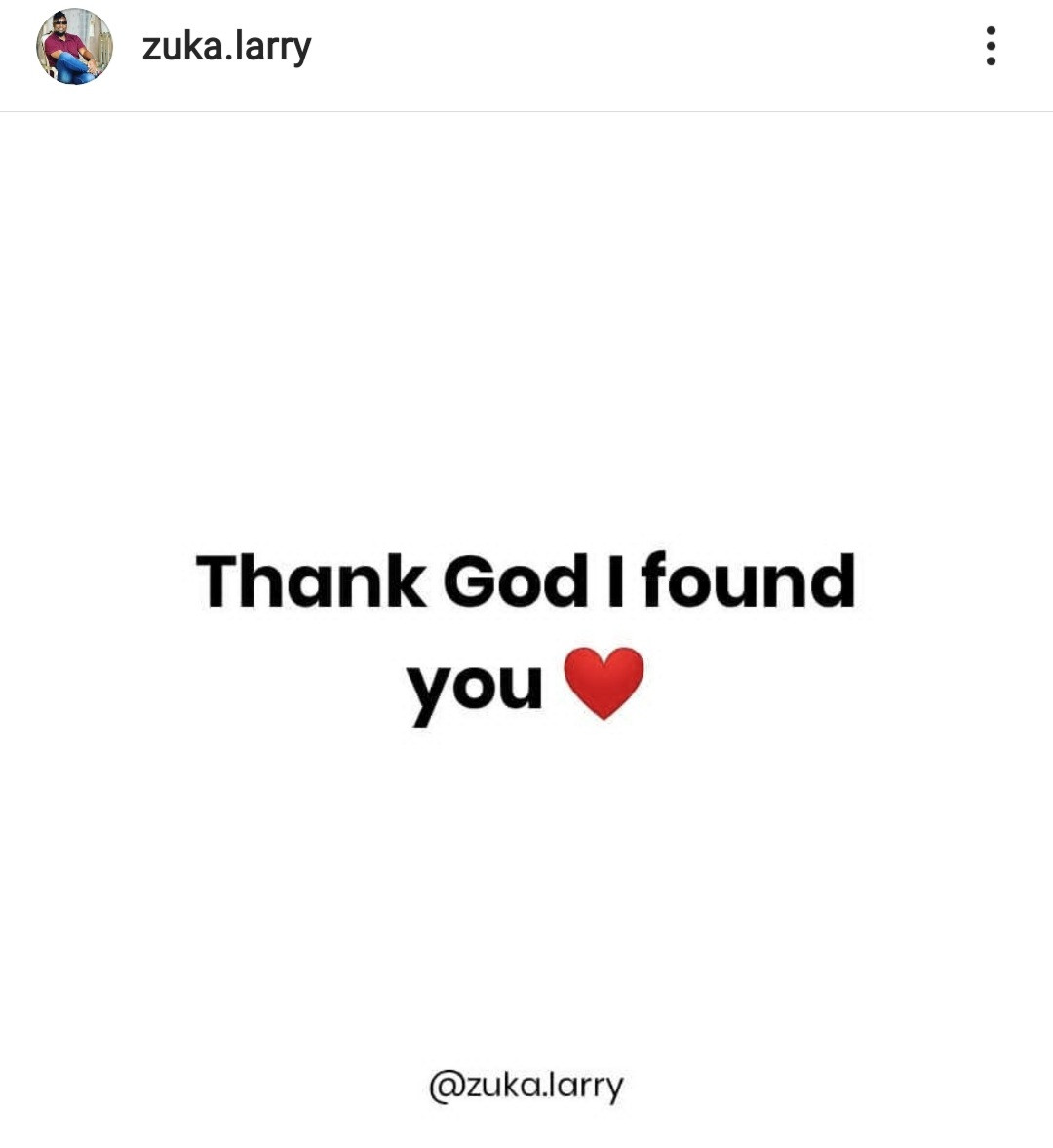 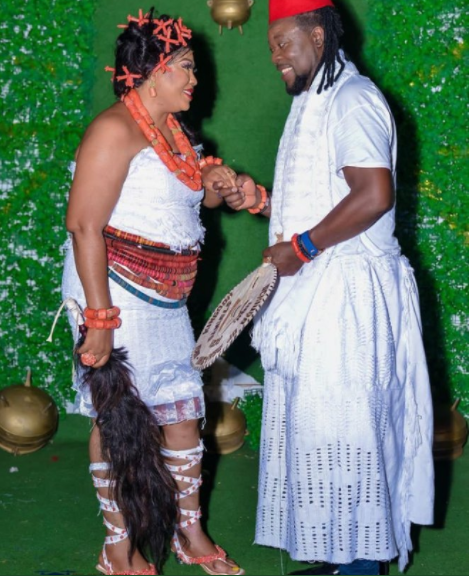 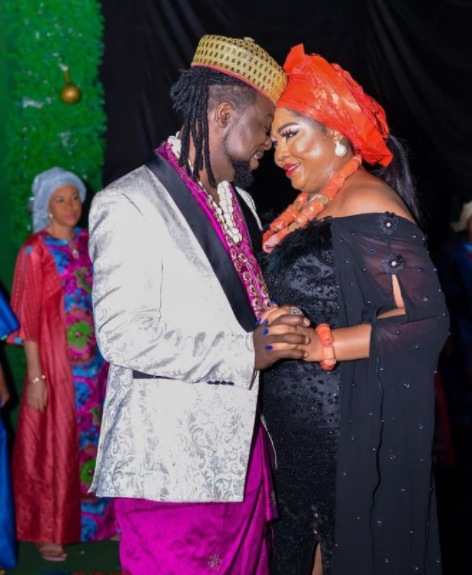 Nigeria Is Slipping Into Anarchy-Rita Dominic