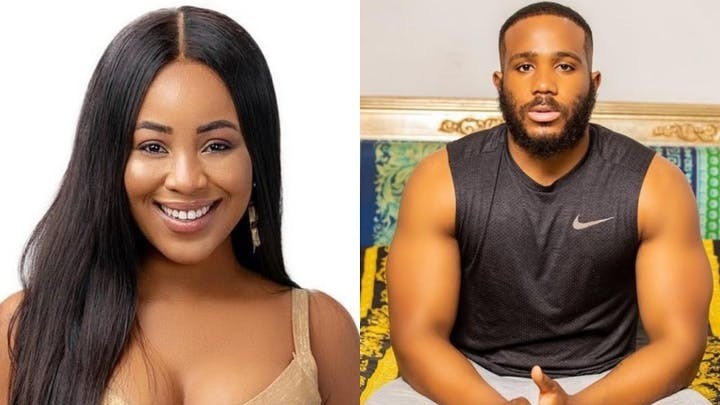 The duo of Kiddwaya and Erica have reacted to being reprimanded by Biggy in the ongoing Big Brother Naija Lockdown show.

Recall that Kiddwaya and Erica were among those who were reprimanded by Big Brother after returning to the house.

Kiddwaya and Erica had some ‘private moments’ under the duvet and the moment was played by Biggy when he returned to the house.

However, reacting to the video shortly after it was played, Kiddwaya cleared the air explaining what happened to Brighto.

According to him, nothing out of the ordinary happened between him and Erica. He said whatever happened is not enough to be classified as an ‘intimate clip’ which can be used against them when they are out of the competition.

Addressing the issue, Erica said that she does not intend to pursue politics outside of the BBNaija house, and as such she does not care about what people think of the clip.

Related Topics:Big Brother NaijaEricaKiddwayaPrivate Time: Kiddwaya; Erica Reacts To Being Reprimanded By Big Brother
Up Next