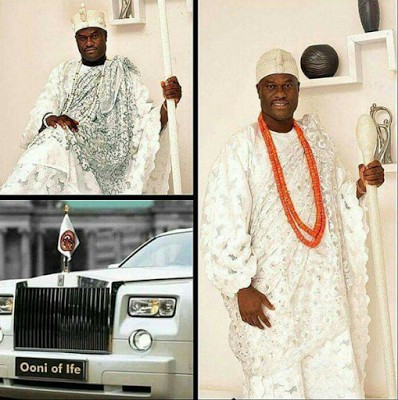 The office of the Ooni of Ife is naturally known to be exalted.
Hence, in the past, the occupiers of the office are known to have made unifying the Yoruba Kingdom their primary focus.
Like his predecessors, Ooni Adeyeye Ogunwusi has set the same target for himself.

Since his assumption of the stool of his great-grand father, Ooni Ogunwusi, has visited scores of people and sect in the Yoruba Kingdom.  The Ooni has even been spotted severally at churches with his latest being his participation in the Holy Ghost Service of the Redeemed Christian Church of God at the Redemption Camp,  Kilometer 46, Lagos-Ibadan Express Way.
Representing the traditions of the Yorubas and having become a regular face in churches, the Yoruba clan of the Islamic faith have asked if they will ever see the Ooni visiting a mosque anytime soon.

This becomes very important with the ongoing feud between Yorubas and Hausa in Osun State.

Where Is Kayode Ayeni?