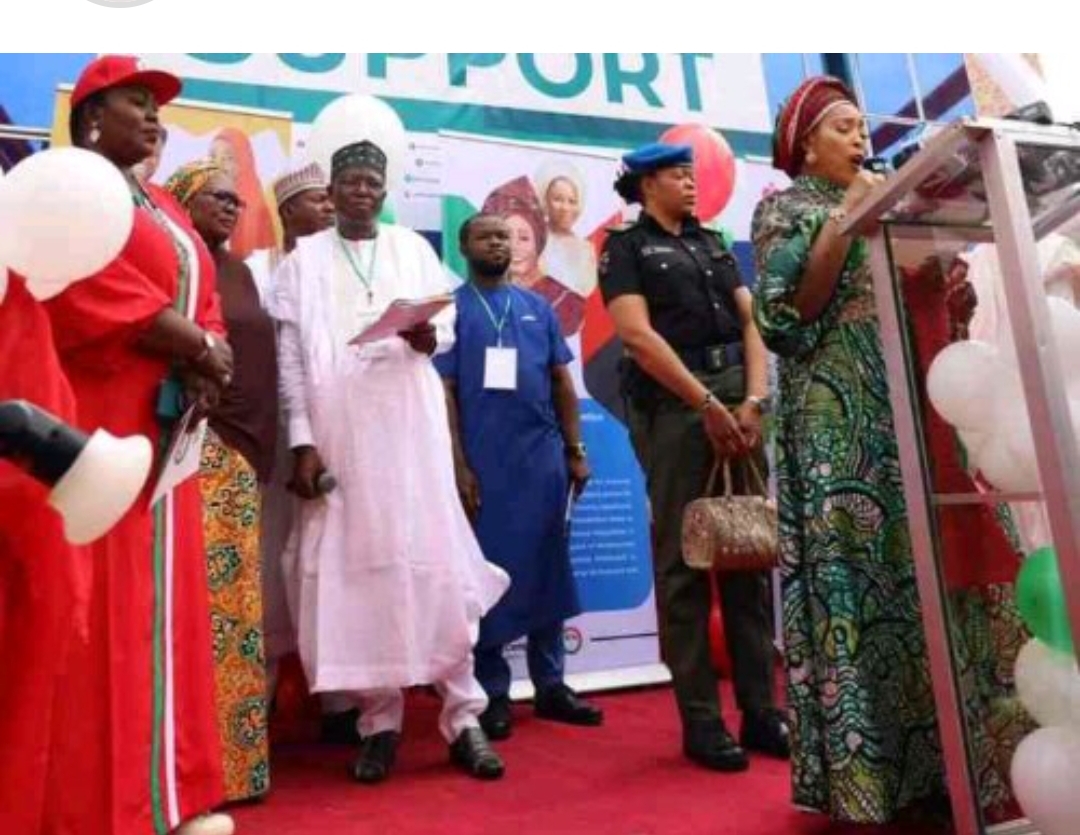 The Nigeria Police Force (NPF) has stated that it will sanction the police orderly attached to Titi Abubakar, wife of Atiku Abubakar, the People’s Democratic Party (PDP) presidential candidate.

The orderly is being sanctioned for carrying Abubakar’s handbag at a recent event in Abuja.

Force Police Public Relations Officer (FPRO), Olumuyiwa Adejobi revealed the planned sanction in a tweet on Thursday, October 6, in response to a Twitter user who expressed reservations about the policewoman seen carrying Mrs. Abubakar’s handbag while she was delivering a speech at the event in Abuja on Wednesday, October 5.

Mrs. Abubakar had apparently handed her handbag to the police orderly while delivering her address at the unveiling of the SHE Campaign, which she organised to rally the support of the women folk for her husband’s 2023 presidential bid.

The picture of the police orderly carrying her bag trended on social media after it was shared by a Twitter user, Ifeoma, @Fifi_Ify, who expressed reservations about the officer “being turned into a maid.”

She had noted, “When a private citizen can turn our uniform force member into her maid, why won’t the police forget their primary duty and only dance to the tune of the elites? @BenHundeyin is this how it’s supposed to be?”

Responding to her tweet, Adejobi said the police have commenced necessary action against the orderly, and would also reach out to her principal, Mrs. Abubakar.

“This is not acceptable. We have commenced necessary action on this. We will fish her out and get across to the principal. The AIG Special Protection Unit has been contacted to assist us get the woman police. Gradually, we will sanitise the system,” he said.

“How can an orderly be carrying bag for her madam, i am sure the madam will have a PA, and that is the PAs job, its an absurdity and this is condemned in its totality.”

This is not the first time a police officer carrying out the job of a personal assistant is raising eyebrows.

In March, Dr. Nimota Nihinlola Akanbi, chairman of the governing board of National Secondary School Education, stirred up similar controversy when her police orderly, Yahaya Abubakar, was captured in a video carrying a plate of food for her.

Abubakar was subsequently summoned by the police authority, but Mrs. Akanbi later claimed that the plate of food was meant for the officer.

Why I Withdrew Suit Against Mother Of My Children-Fani-Kayode