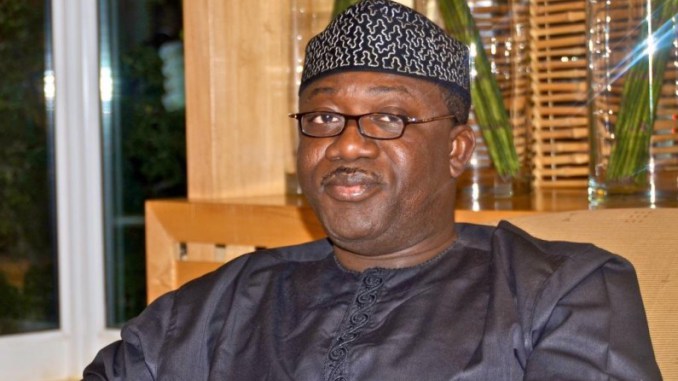 The Nigerian Governors Forum (NGF), has urged the Inspector General of Police (IGP), Mohammed Adamu to bring to justice all police officers whose actions led to the injury or death of Nigerians.

Ekiti State Governor and NGF Chairman, Kayode Fayemi, stated this on Thursday, October 15, after the governors held a meeting with IGP Adamu.

The meeting was scheduled to deliberate on issues related to the #EndSARS nationwide protest and over the activities of the now-scrapped Special Anti-Robbery Squad (SARS) unit of the Nigerian Police Force.

During the meeting, the IGP told the NGF about the newly formed Special Weapons and Tactics (SWAT) unit, which was created after SARS was scrapped, adding that after a psychological evaluation, the newly formed SWAT officers would be posted to all states (50 per state).

IGP Adamu also stated that he would leverage on the Police Act 2020 to carry out more reforms in the Nigerian Police Force (NPF).

After discussions, the NGF agreed to support the IGP in his bid to carry out more reforms in the service towards achieving greater transparency and accountability. They urged for more meetings in the Nigerian Police Council.

The Governors also urged the IGP to convene a meeting of all stakeholders and agree on a format of engagement with all state officials, in order to address the concerns.

“All police officers who participated in the abuse or actions that might have led to injury or the death of innocent citizens must be fished out and brought to book, while other Nigerians who have been adversely affected by Police brutality or other actions that were injurious to them or their loved ones, should be compensated,” the NGF stated. 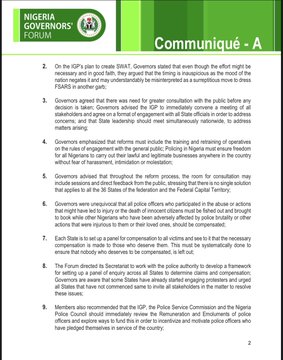 Related Topics:Governors forumPolicePolice Involve In Abuse Of Citizens Must Be Brought To Justice–Governors’ Forum
Up Next