A police inspector identified as Salihu Kazeem has been detained by the Rivers State Police Command.

He was detained by the command after being accused of raping a 17-year-old girl, her friend and filming their nude at his residence in Port Harcourt.

The victim said Kazeem allegedly stripped she and her friend naked, took their nude video and raped them after accusing them of using his ATM to steal 500,000 Naira from his account.

The Centre for Basic Rights Protection and Accountability Campaign, confirmed the latest development in a statement on Thursday, September 1.

“Police Inspector Accused By 17 Year Old Girl In Rivers State Of Taking Her Nude Video, Rape And Constant Blackmail After Accussing She And Friend Of Stealing His 500,000 Naira Has Been Detained On Directive Of Rivers State Commissioner of Commissioner, CP Eboka Friday,” the statement read: 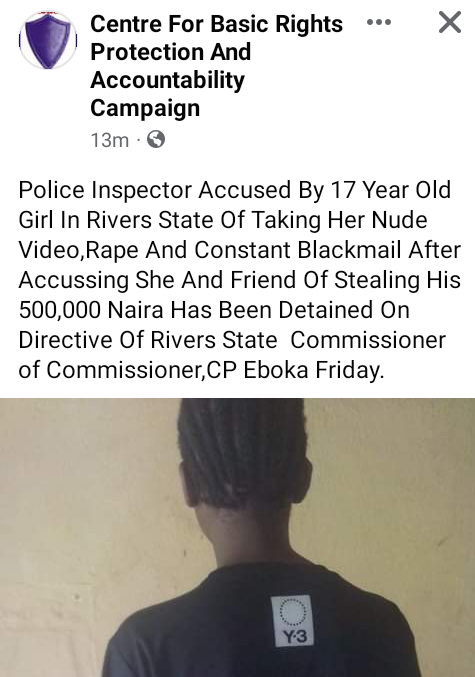