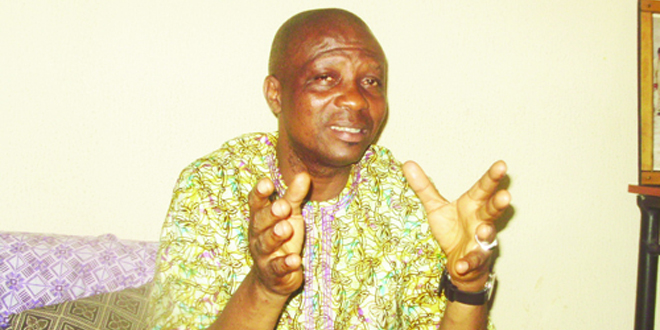 The Chairman of the People Democratic Party in Ogun State, Hon. Sikirulai Ogundele has described the Supreme Court judgment affirming the Sen. Ahmed Makarfi led National Caretaker Committee of PDP as the authentic party leaders of the party as the triumph of good over evil.

In a press statement released signed by the Publicity Secretary of the Ogun State PDP, Alhaji Malik Ibitoye and released to the media few hours ago, Ogundele was quoted as saying it was time all members of the party came together to rebuild the party.

‘’We thank God that the leadership crisis has been put to rest once and for all by the Supreme Court and Nigerians now know who are the true PDP leaders. It is however incumbent on all party members across Ogun State and the entire country to come together and rebuild our party in order to take over government from the evil minded All Progressive Congress that is destroying the lives of our people through their unpopular programmes.’’ Ogundele said.

In the press statement, the PDP Chairman further explained that, ‘’the Supreme Court has affirmed that the decision taken by the National Convention of our party the 1st of May 2016 is valid and recognized by law. That means the Senator Ahmed Makarfi led National Caretaker Committee is in charge of our political party

‘’The Supreme Court has shown that the judiciary is actually the last hope of the common man. We are highly excited in Ogun State that the Hyenas and Jackals waiting for PDP to die have been kicked out of our party and this is the time we all must come on board to rebuild this great party.’’ Ogundele emphasized.

‘’Now that we have our PDP back, the scavengers and anarchists in the party should know they have no place here. Though, it has been a long and tortuous journey to get our party back, I want our members to still rejoice and work harder to kick out the APC government, both in Ogun State and Federal government. The Supreme Court has told Senator Ali Modu Sheriff and his co travellers in Ogun State in plain and unambiguous terms that the party’s National Convention is the supreme policy and decision making organ of our party’ With this judgment, the judiciary has breathe a new life into the PDP across the cpuntry.’’ Sikirulai Ogundele enthused.

The Ogun State PDP Chairman also expressed profound gratitude to a party leader and financier, Hon Oladipupo Adebutu for believing in the party and giving hope to millions of party members with his generosity and words of encouragements.

‘’Hon Ladi Adebutu has been the pillar of this party for the past two years. We want to express the gratitude of all our party members in Ogun State, that we appreciate him a lot.’’ Sikirulai Ogundele said.

Lagos Speaker Condoles With Chief Bisi Akande Over Wife’s Death; Says Deceased Was A Mother To All