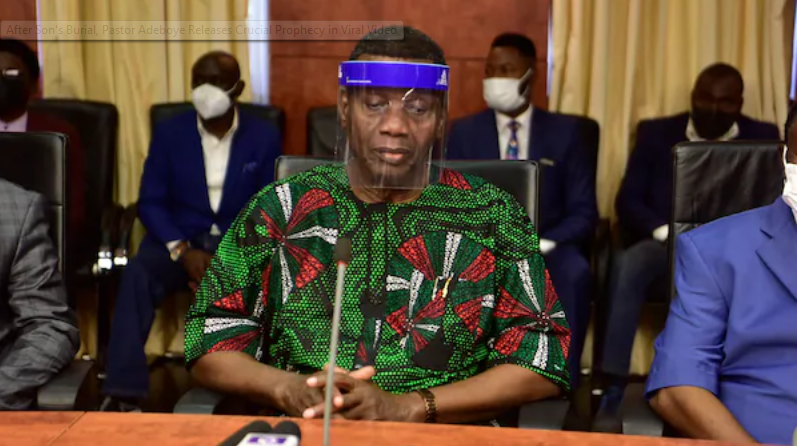 The General Overseer of the Redeemed Christian Church of God (RCCG), Pastor Enoch Adeboye, has revealed his plans for the church after the burial of his son, Pastor Dare Adeboye.

Speaking on his plans on Tuesday, May 11, Pastor Adeboye noted that death is not a function of age, adding that even Christ Jesus himself and John the Baptist died young.

He went on to state that nothing happens on earth as a surprise to the sovereign God who does as he pleases.

Pastor Adeboye said his son’s death is a seed that will germinate many powerful pastors in the RCCG.

Also, Adeboye said Dare’s death, which he believes is a seed sown, should be a source of encouragement to Christians because great things are about to unfold.

Quoting a statement made by his late son when preaching in one of his sermons, Adeboye said: “God does not need a visa to pay you a visit or to do whatever he wants to do in your life. He does not need your permission.”

Speaking further on his loss, the pastor said: “We have lost a champion; you will agree with me on that. But them, let us consider a seed that we have sown, and let’s get ready for a very special harvest… I want us to join our forces together and produce many champions like Damilare.

“Let’s produce thousands of Pastor D who will go round the whole world and shake the world for the Lord Jesus Christ. As a matter of fact, that is how we can really honour him and honour his memory.”

He declared that both members of his congregation and Christians should get ready for great things which are about to happen both in their individual lives and in the church on earth.

We lost a General but we didn’t loose God. One man down, we regroup and advance !https://t.co/pJkBZMfWEd