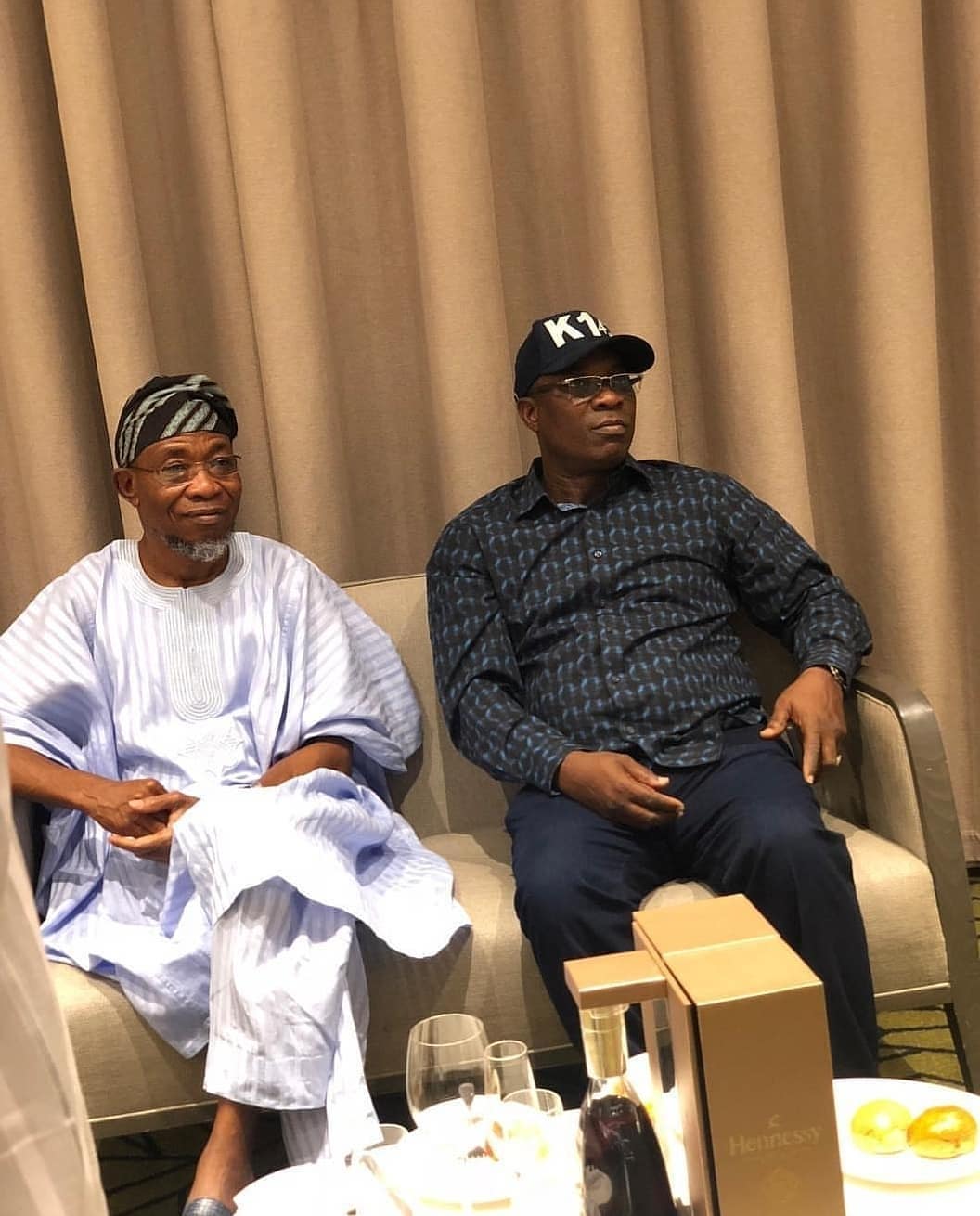 Not known as a social person, erstwhile governor of Osun State, Rauf Aregbesola hardly makes appearances at parties not related to politics.

As such, his appearance at social functions has been far and in-between.

Having handed over power to his protégée, Gboyega Oyetola, the former commissioner for Works and Infrastructure in Lagos State, Aregbesola took a back seat.

His uncelebrated job of being a mentor of a sort to Babajide Sanwoolu, the Lagos State gubernatorial candidate of APC and an inner caucus member of Asiwaju Bola Tinubu has also not helped matters.

The bespectacled man, however, surfaced at a private dinner which held on Sunday, March 3, at Radisson Suites GRA, Ikeja, Lagos State.

Aregbesola was one of the guests at the 62nd birthday party of Fuji Czar, King Wasiu Ayinde, as he made a rare appearance

Between Adeleke Mamora And John Oyegun