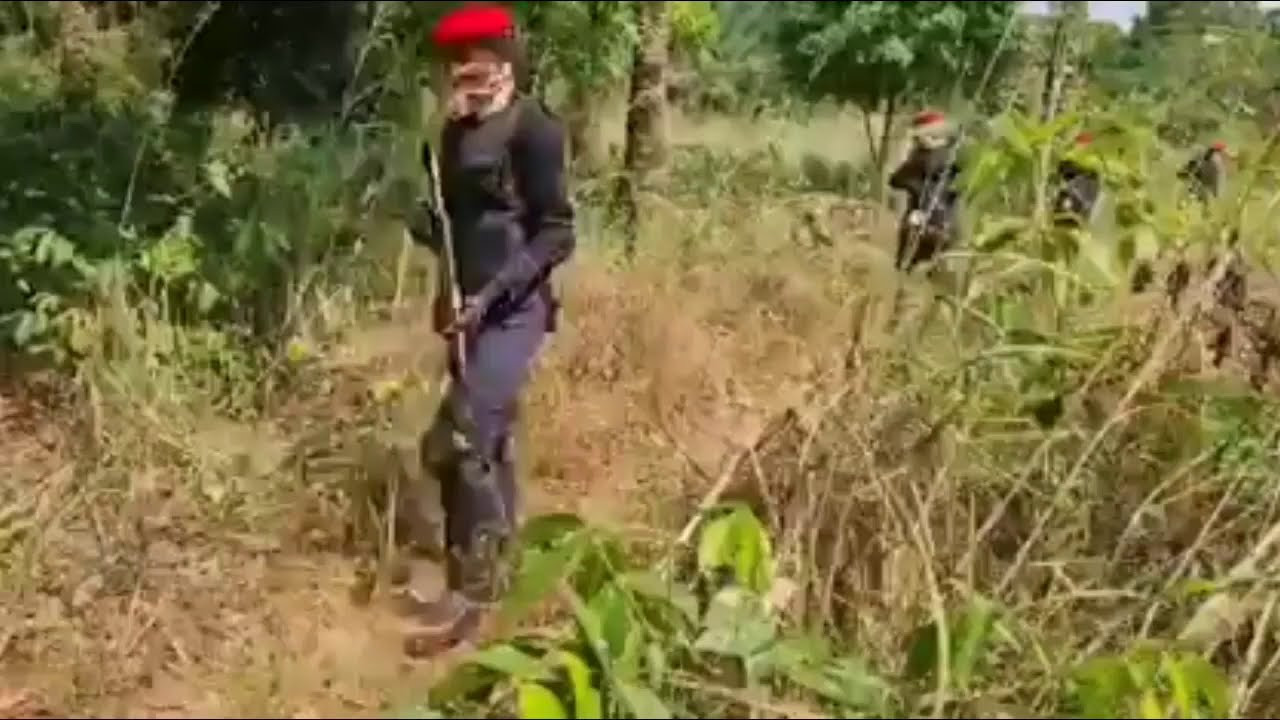 There is a palpable panic in the east as members of the Indigenous Peoples of Biafra (IPOB) security outfit, Eastern Security Network (ESN), were spotted on patrol with guns.

Recall that the proscribed group had said that the outfit is a replica of Amotekun launched by the governors of the south-west to curb insecurity in that region. They also vowed to protect the south-east and south-south from criminal activities.

In a video which has gone viral, members of the security outfit were spotted on patrol in a forest with guns. A voice in the background revealed that the men are members of the Anambra command of the Eastern Security Network.