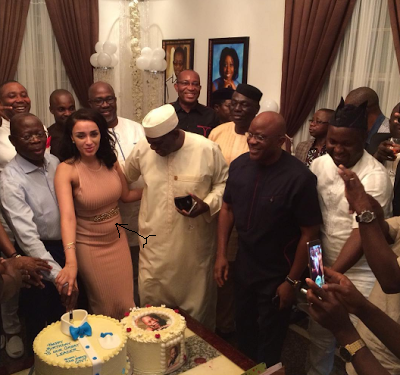 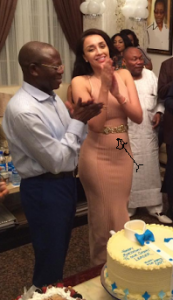 If this speculation is true then very soon there will be a need for celebration in the household of Oshiomole.

Talks are that his wife Iara is expectant. While this cannot be confirmed there are pointers to this speculation.

The couple, who got married in almost a year ago in May 2015, is naturally expected to be due for a baby.

Days back, specifically Monday, April 4, when Oshiomole celebrated his birthday 65 birthday, his beautiful wife appeared to have had a baby bump protruding from her beautiful gown.

Although it could not be confirmed if it was a baby bump or too much food, nobody would blame the couple for expecting their first child after a year of marriage.