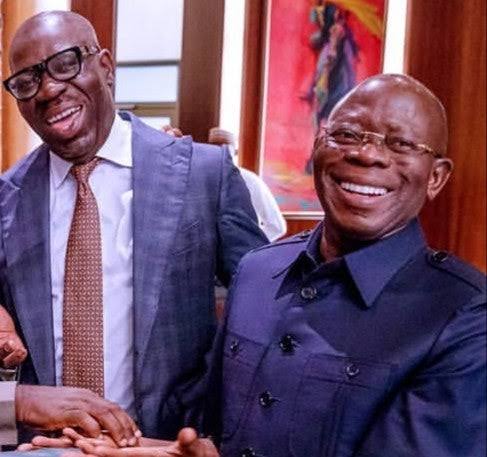 The duo of Adams Oshiomole and Edo State Governor, Godwin Obaseki, appear to have settled their rift.

They shared warm pleasantries with an elbow-bump on Saturday, March 6, at the Centenary Birthday Thanksgiving of Monsignor Thomas Oleghe, the 18th Canonical Erection Anniversary of the Diocese of Auchi held at Immaculate Conception Cathedral in Auchi. 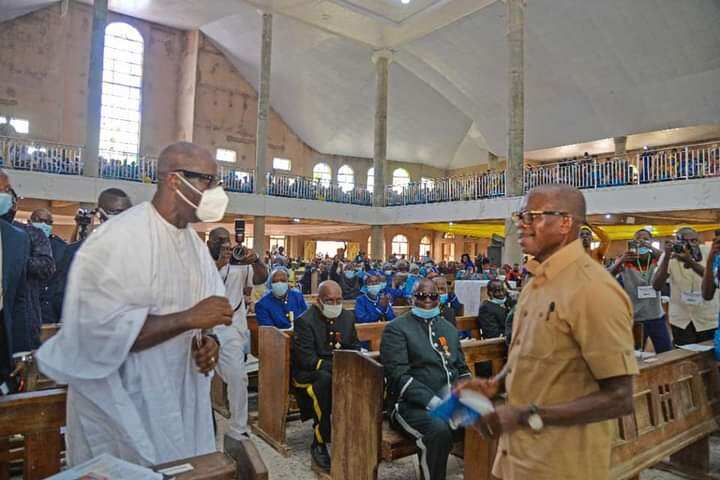 Oshiomhole, hailed his successor, describing him as ‘his brother and friend.

Recall that Oshiomhole had opposed Obaseki’s second term on the platform of the APC.

The feud between both politicians prompted Obaseki to defect to the Peoples Democratic Party (PDP) on whose platform he won his second term in office.

How COVID-19 Vaccine Made Me Feel-Yemi Osinbajo

Why Fani-Kayode Is Yet To Join APC-Yahaya Bello