The Ekiti State Governor, Ayodele Fayose, has come under intense criticism for placing an advert on the front page of the Punch newspaper suggesting that the presidential candidate of the All Progressives Congress, APC, Muhammadu Buhari, will die in office if elected president.

The advert, which has the pictures of, Murtala Muhammed, Sani Abacha, and Umaru Yar’Adua – past Nigerian leaders who died in office – is accompanied by excerpt from the Bible book of Deuteronomy 30 verse 19.
“Nigerians be warned! Nigeria…I have set before thee Life and death. Therefore, choose life that both thee and thy seed may live,” it said, suggesting that Mr. Buhari represents death while his rival, President Goodluck Jonathan represents life.

The advert put a huge question mark over the picture of Mr. Buhari, which was placed beside the pictures of the late leaders.
The advert then asked its readers: “Will you allow history to repeat itself? Enough of State burials.”

Mr. Fayose then spurred ethnic controversy that is one of the divisive issues in the run-up to the election saying, “Northern presidency should wait till 2019”.

Many Nigerians have expressed outrage at Mr. Fayose and the Punch newspaper for publishing the advert with one social media commentator describing the ad as “crazy and imbecilic”.

On Twitter, the advert was condemned by both supporters of Mr. Buhari and President Goodluck Jonathan, with many people asking the president to dissociate himself from the advert. Others have also criticised the Punch newspaper for running the advert saying it is a display of poor judgement even if not illegal.
“In the spirit of the peace accord signed by presidential candidates, I plead with President Jonathan to distance himself from Fayose’s hocus-locus,” said Publisher of Ovation Magazine, Dele Momodu.

“That Fayose newspaper ad is up there with the infamous #BringBackJonathan … mindless, cruel and insensitive drivel,” says a former member of House of Representative Patrick Obahiagon.
“You win elections by campaigning not by wishing death on an opponent.

This ad by Gov. Fayose is unacceptable and ludicrous,” says Toyosi Akerele, a social worker and a member of Mr. Jonathan’s campaign team.
“Fayose utterances are regrettable. The platform that showcased same are equally to blame. You cannot in one breath crucify Fayose for his despicable thoughts while deliberately closing your eyes to the silliness of @mobilepunch,” said Blossom Nnodim, a social media expert and supporter of President Jonathan.
“My beef with this isn’t with Fayose but with Punch. Even if legal, this is unethical. It shouldn’t be all about cash. Shame,” said Kadaria Ahmed, the former Managing Editor of the suspended NEXT newspapers.
There have been speculations over the health of Mr. Buhari, 72, following unverified claims that he slumped while campaigning in Cross River State, and that his speech sounded slurred during the APC rally in Owerri, Imo State.

Last week, a diagnostic report purportedly issued by the Ahmadu Bello Teaching Hospital indicated that the former military head of State has advanced prostate cancer. The hospital authorities have since denied issuing any such report.

On Sunday, Mr. Buhari refuted the claim he has cancer, saying he only had cold.

He said the Peoples Democratic Party (PDP) is sponsoring the reports about his health and that it indicates how desperate they are getting in the run-up to the election.

More Condemnations
A former acting National Chairman of the Peoples Democratic Party, PDP, and now an APC chieftain, Kawu Baraje, described Mr. Fayose’s ad as “distasteful”.
Mr. Baraje said in a statement that the advertorial was capable of inducing anarchy in the country.
He said he had expected that Mr. Fayose would be more careful and outgrow “his carelessness and irresponsible motor park attitude which is not expected of a governor”.
Mr. Baraje lamented that “the failure of President Goodluck Jonathan and the leadership of the PDP to distance themselves from such comments and call Mr. Fayose to order is a direct indication that they were in support of Mr. Fayose making a mockery of the dead and trying to play God as only Allah is the one that knows the time of the passing of any individual.”
Mr. Fayose defended his decision to place the advert, saying it was all about politics.
“The governor is a Nigerian. He has expressed his opinion. Other people are also free to express theirs,” his spokesperson, Lere Olyainka, told PREMIUM TIMES.

When told the advert could further polarize Nigeria, he said: “Between the APC and the PDP, who has been stoking religious and ethnic division? I’m just reading the Vanguard and there is a story of the APC complaining that the PDP is making Nigerians hate Buhari. Are they not also making Nigerians hate President Jonathan?
“It is politics. You market your own product and you also try to pull the opposing product down. That is how it is done. It is politics. Let everybody play his own game. What I don’t support in politics is violence.
“Some of these things you are now talking about. Do you know people have done worse on social media against the president? And has the president said anything?”
Mr. Olayinka said the governor will soon come up with more contentious views.
“So, the governor has expressed his opinion and people should express theirs. He will soon express other opinions stronger than this. So people should be prepared.

The Managing Director of Punch Newspaper, Ademola Osinubi, did not respond to calls and a message to his telephone.
Editor’s Note: This report was updated to reflect comments by Governor Fayose’s spokesperson.

Lagos State Governor, Mr. Babajide Sanwo-Olu, has described the death of the former lawmaker representing Lagos Central in the National Assembly, Sen. Munir Adekunle Muse, as “broken news” to the nation, saying the State woke up on Tuesday to an “awful reality” of the passing of the elder statesman.

The late Muse, who was a one time chairman of Apapa Local Government Area, passed on in the early hours of Tuesday. He was 81.

Sanwo-Olu, in a statement by his Chief Press Secretary, Mr. Gboyega Akosile, said the death of the elder statesman was a huge loss to Lagos for which the octogenarian, the Governor said, committed his time, resources and effort to build during his lifetime.

The Governor extolled the virtues of the late politician, whom he described as “a dedicated democrat with balanced progressive outlook”. Despite his withdrawal from active politics occasioned by his old age, Sanwo-Olu said the deceased was always in touch with leaders across the State to offer valuable contributions towards development.

Also Read:  Yet another baby for K1

The statement reads: “This morning, Lagos State woke up to the awful reality of the demise of a committed Lagosian, youth development enthusiast and elder statesman, Sen. Munir Adekunle Muse. For us, this is a broken news because the late former federal lawmaker passed away at a time his wealth of experience in corporate administration and political leadership was desired to guide our steps towards taking our dear State to another level of development.

“Having served in the Nigerian Port Authority (NPA) for more than 30 years, the late Sen. Muse retired to serve Lagos, first as community leader and council chairman in Apapa, then as a respected federal lawmaker. His sterling leadership quality earned him respect across the State and beyond. He was the stabilising factor behind the lasting peace enjoyed by members of the Lagos chapter of Association of Local Governments of Nigeria (ALGON).

Also Read:  Project-Wike-Must-Go: Wike is the initiator of movement to kick him out - Eze

“A devout Muslim and committed family man, Sen. Muse was gentle to a fault and not known to be cantankerous. Rather than engage in needless complaint, he believed in underground strategy to achieve results. His death is a huge loss to Lagos in particular, and the nation in general.”

“On behalf of my family and the good people of Lagos, I commiserate with the family of the late distinguished man, Senator Munir Muse.”

“I pray that the almighty Allah will admit the deceased into Aljana Firdaus and grant his family the fortitude to bear the irreparable loss.” Sanwo-Olu said. 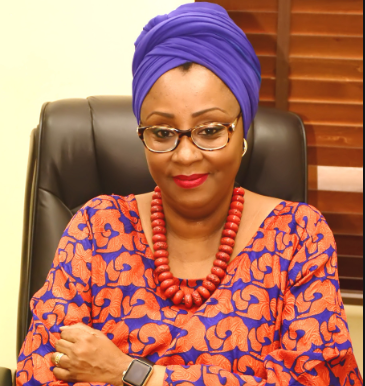