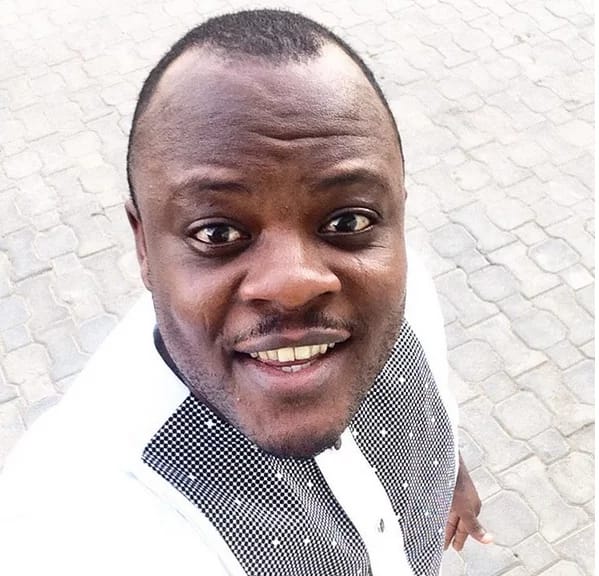 Estrange artist manager, Yusuf Adepitan popular as Danku speaks with our reporter on his crises with Oritsefemi.

Prior to this time, you refused totally to talk on your crisis with Oritsefemi, why?

It is not in my nature to make noise about issues that are of little importance. Those who knows me well will tell you that it is not my style. However, it will go into record that this interview was granted based on the fact that you want to clarify all issues.

The allegations made were ample, were you not worried about your image?

I heard all the allegations that were made by Oritsefemi. It was indeed a big surprise. First of all, he said I went away with eight millions from his endorsement with Mc Dowell. As a matter of fact, I don’t know where he got the endorsement from. I don’t know where and when Mc Dowell endorsed him. I don’t know the account that I have which Mc Dowell paid the money into. So, Oritsefemi needs to clear himself. He needs to come out with details of the account the eight million was paid into and the deposit slip too.

There must be a concrete reason why you have kept quiet all this while; did you swear a secrecy oath with Oritsefemi?

The fact is that I don’t talk too much. Big dogs don’t bark. Oritsefemi is a small boy. I picked him from the streets.

Tell us what you felt like when these allegations were made?

As a matter of fact, I was shocked when I heard him saying such. He actually said that I took away his Range Rover. He said I took it and I went to crash it, but we were both in the same Sport Utility Vehicle (SUV), the day we were attacked by armed robbers and the Range Rover got crashed.

How did the speculation about you being mad start?

It was the handiwork of Oritsefemi. He told his friends in the media to start a speculation that I ran mad. I don’t know where the madness came from; I don’t know if it’s one of his families that is mad. I was Terry G’s manager before I picked Oritsefemi. When I was working with Terry G, Oritsefemi couldn’t come close to me or Terry G. When I left Terry G, I picked him up from the streets and he became a star. Today, he is paying me back with what he is doing right now.

Let’s talk about the ownership of MSN Gang, who is the true owner?

It is my company. Oritsefemi is paying back good with ill. He even wants to collect my company from me. As a matter of fact, I am calling him out to come out with his proof of the ownership of MSN Gang. When he presents his documents and I present mine, we shall know the real owner and Chief Executive Officer of MSN Entertainment and MSN Gang.

That is something we are still cooking and will be releasing soonest. Very soon we will be unveiling the real faces of MSN Gang by Danku.

Would you say that Oritsefemi has missed your managerial expertise?

Of course, it is the plain truth.

What is special about you?

Asides being a manager, I am also a promoter. I promote unknown artists and they become stars. I promote artists from grass to grace. That is the special thing about me. I started from Baby Konga with the song ‘Kabakaba’ to Slim Joe with the hit ‘Oti Yanya’ and Terry G’s ‘Testing Microphone’ and ‘Akpako’ and Oritsefemi is not going to be the last artist I will work with.

Do you know why Oritsefemi is acting the way he is doing?

Well, the reason is simply because he sees me as his manager and not his brother. He has forgotten that despite the fact that I am a manager I am like his brother.

Do you think that the two of you can still settle this dispute in future?

Are you taking him to court?

He has been boasting that he is taking me to court. I am waiting to be served. Oritsefemi is an empty barrel and it is in his nature to make the loudest noise.

Tiwa Savage Goes Back To Work