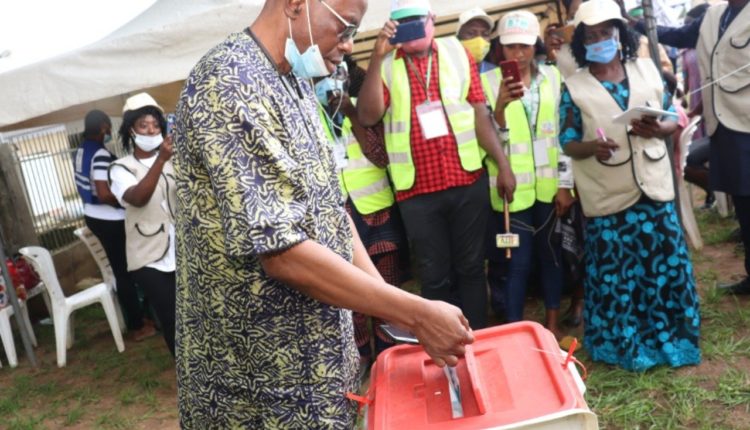 Olusegun Mimiko, a former Governor of Ondo State has won his polling unit for the Zenith Labour Party, (ZLP) in the ongoing gubernatorial election.

Mimiko, who doubles as the National Leader of ZLP, polled 81 votes to defeat the Peoples Democratic Party, (PDP), to the second position with 31 votes.

The All Progressives Congress, (APC) came third after scoring 81 votes.

Meanwhile, Agboola Ajayi won the election in his polling unit. He voted at Polling Unit 004, Ward 2 in Kiribo, Ese-Odo local government area of the state.

He garnered 395 votes while the PDP had five votes and the ruling APC had 13 votes. Ajayi is the deputy governor of Ondo and candidate of the ZLP.