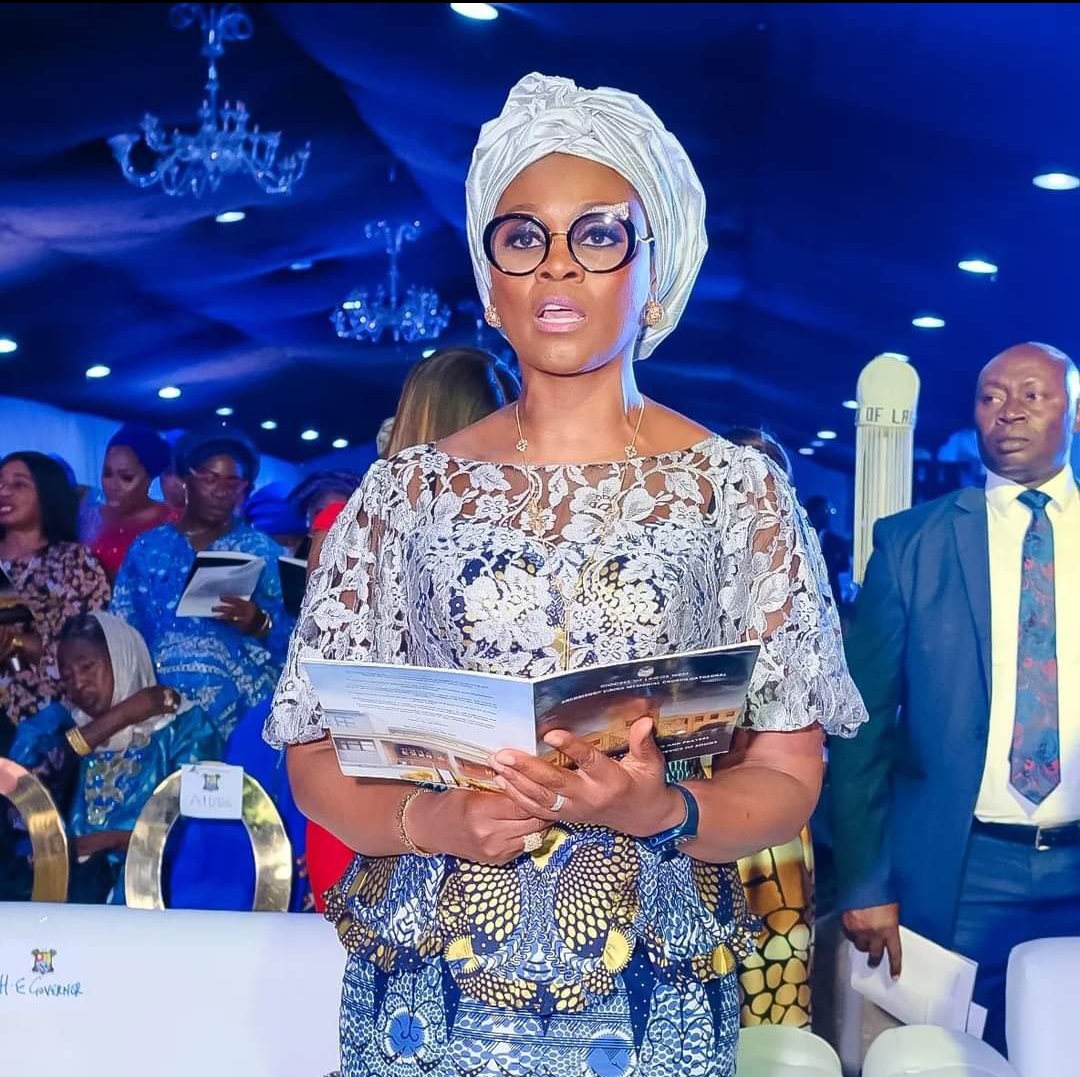 What is a King without a Queen is a very important question.

So important is the above poser that a celebrated Nigerian musician, King Sunny Ade once sang that “there is no respect for a King without a Queen.”

In a country where the wife of the governor is regarded as the first female citizen in the state, hence the tag First Lady, it is an anomaly for her to hide her achievements or under celebrate them, for whatsoever reasons.

While other First Ladies in the country have been proactive with thier engagements in diverse spheres of women-related works like educating the girl child, ameliorating infant mortality, eradicating discrimination against the girl child, ensuring gender equality, creating awareness about the ills of rape amongst others, same can be said of Bamidele Abiodun, the wife of the Ogun State governor, Dapo Abiodun.

However, the unfortunate situation is that Mrs Abiodun has been keeping her achievements under wraps, only celebrating them on her Facebook page.

In 2022 alone, First Ladies of Edo, Kwara, Ebonyi states among others have been at the forefront of ameliorating one challenge or the other in their state. Mrs Abiodun has also not taken a back seat in every matter regarding the state her husband governs.

On September 15, 2022,.Betsy Obaseki, the Edo State First Lady, and wife of Governor Godwin Obaseki, hosted a workshop to sensitize students and other youths in the state on the dangers of drug abuse. The programme was part of activities lined up for the year’s edition of the Betsy Obaseki Women Football Tournament (BOWFT).

Erelu Bisi Fayemi, the First Lady of Ekiti State has also been celebrated with awards for her role at influencing the enactmen of laws and policies for inclusion and non-discrimination to safeguard the interests of women.

Erelu Fayemi has also played a major role in areas such as widows’ empowerment, children and youth sensitization, helping the less privileged and people living with disabil­ities. She has also been involved in several community projects.

Other First Ladies including the wife of Bauchi State governor, Aisha Bala Mohammed have been involved in one empowerment campaign or the other. In October 2020, the First Lady of Bauchi State empowered 1, 000 women and youths through her pet project; Al-Muhibbah Foundation.

Earlier in the year, she offered free medical screening to no fewer than 3,000 women in Misau local government area of the state through her pet project.

In August 2022, the wife of the Governor of Osun State and President Ileri-Oluwa Development Initiatives, Kafayat Oyetola, in a bid at bettering the lives of the less privileged people through her NGO, IleriOluwa Development Initiatives (IOD), distributed food materials and cash donations to the aged, widows, and other less privileged people in Iragbiji and its environs.

The event which was the third in the series of her interface with people on the distribution of the items was the talk of town for a while, as it was captured in several national newspapers.

On her part, Cross River Governor’s wife Linda Ayade has been up and doing ensuring effective health care delivery with the donation of drugs worth millions of Naira to the Primary Healthcare Centres (PHCs) in the state via her health pet project, “Mediatrix Development Foundation (MDF)’’, and the office of the Primary Health care Development Agency. Like her counterpart in Osun State, the empowerment was all over the papers.

Though Abiodun who holds a Bachelor of Science Degree in Zoology from The University of Ibadan, Oyo State, has been described as a personality who loves to keep a very low profile, her contributions to the development of Ogun State has also been kept under wraps.

Since her husband took office as the Governor of Ogun State on May 29, 2019, Mrs Abiodun has celebrated attending a number of parties, while she has also hosted some personalities in her office.

Some of the events include hosting the Ogun State Artisans Association, who paid her a courtesy visit in in Abeokuta, after a successful week-long program at the MKO Abiola Stadium.

Asides, this, Mrs Abiodun also participated in the World Physiotherapy Day with a series of activities, including enlightening presentations, instructions, stories and lectures by Nigeria Physiotherapy Society. During the event, the woman was presented with an award in recognition of my work with special needs children.

She was also instrumental for

The disposition of the daughter of Professor Oladapo Oduye, a former deputy vice-chancellor at the University of Ibadan, Oyo State, has now seen many asking if her decision to stay media shy is by choice or if it is hinged on a directive by her husband.

There are also those who have asked if the governor wants to enjoy the media spotlight alone without his wife sharing from it, hence his decision that she remains in the shadows.

Who Will Stop Herbert Wigwe From Tainting Access Holding’s Image?

Save My Life, Sonia Ekweremadu Begs For Kidney Donor