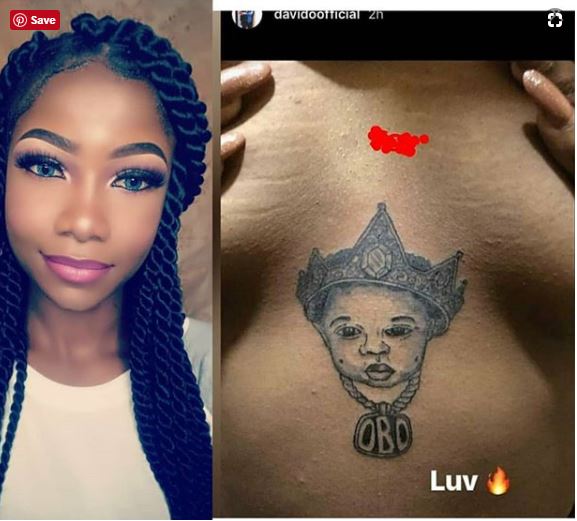 Fans of Davido came for an admirer of the singer who now has his name tattooed between her breasts.

Hoping to meet Davido someday, the fan ascribed her action to her obsession for the singer.

However, fans of the singer who considered her action desperate came for her, calling her all sorts of names.

Davido who presently has two kids is presently dating a young lady named Chioma, and thus SimplyTacha’s advanced has been tagged an attention seeking agenda.