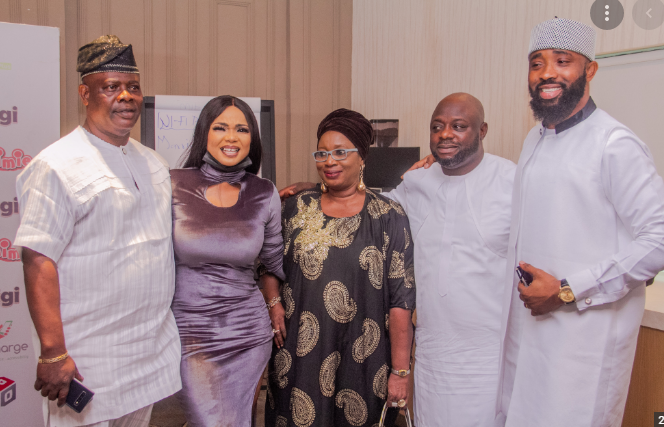 StarTimes unveiled the cast of the series at a tasteful unveiling event which held on Tuesday, September 22, at the prestigious Marriott Hotel, Ikeja, Lagos State.

Speaking on the drama series, the Project Coordinator, Iyabo Ojo said, “Okrika is going to be a very exciting series because it tells our day-to-day struggles in life.

“The series cut across every sector, I can bet you are going to learn a lot from Okrika. Binta Ayo Mogaji is Mama Okrika in the series. It’s really going to be interesting.”

Further, the actress revealed that the series would be Lagos-based, and would be shot in a Lagos market where fairly used cloth popularly called Okirika is sold; adding that a big set would be created in the market to ensure that the typical buyers and sellers don’t disturb the shooting.

Noting that Okirika is also about discovering talents, Iyabo Ojo said the series would feature 70 percent of new faces with stars taking the ratio that is left.

StarTimes’s Chief Operating Officer (COO), Tunde Aina while sharing his thoughts on Okirika said that the series guarantees learning, laughing, and entertainment, adding that indigenous languages are one of StarTimes’s biggest markets.

Over the years, StarTimes has become renowned for producing A-list programmes that promote the Nigerian culture, while satisfying subscribers’ demand for affordable and entertaining content.

Operating in over 20 countries, StarTimes recently decided to launch into Nollywood leading to the production of content such as Alagbara, Ile Alayo, and now Okirika.

Stella Damasus Set To Return To Screen With Akwuna