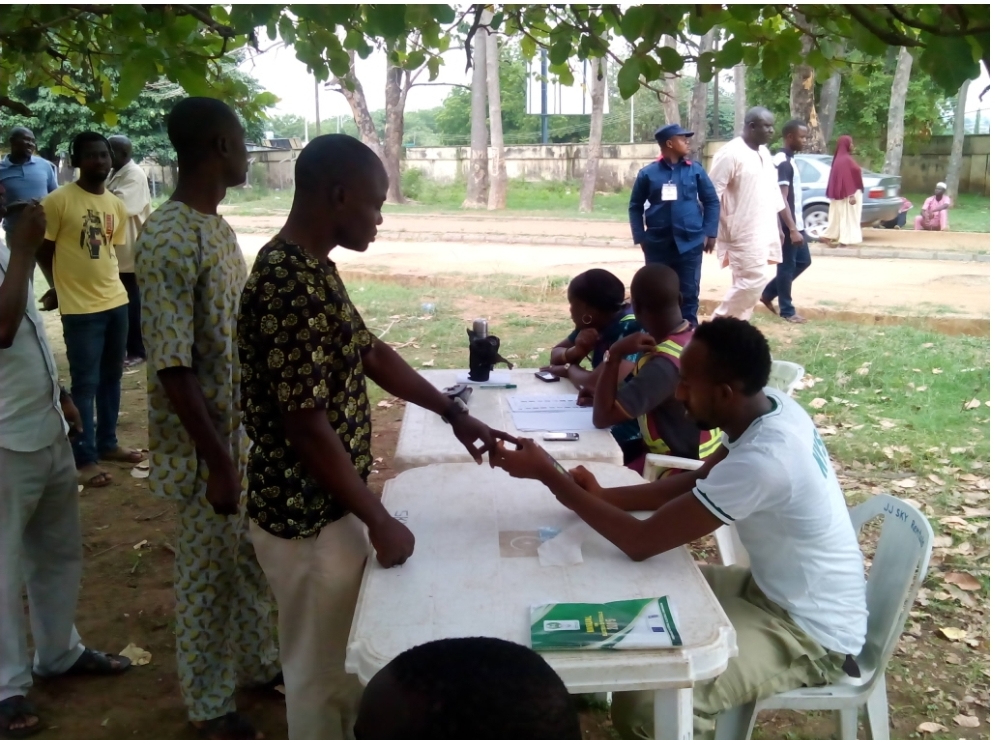 Let’s say I want to re-build a nation that’s already on life support and clinically dead.The population is blaming the politicians, past and present, for the predicament the country is in and the politicians themselves are blaming each other.

With elections looming, the politicians have started their usual game of lying, trying to outwit each other, promising Heaven and Earth in an effort to win the populace over.The biggest liar wins! Any body elected to any political office in Nigeria is only there for a fixed period of time, a tenure of between four and eight years, that’s if they win a second term and they are not a Senator that goes and sleeps, indefinitely, in the Senate.

Now as anybody knows you can only do so much in a restricted time space – unless you’re God Almighty. Recently a Presidential hopeful has been bragging about how he will bring the insecurity in the country to an end within 18 months! Now that’s an impossibility! Insecurity and lawlessness has taken root in every nook and corner of the country and to bring it under control will take an herculean effort by the security services who are not up to the task. To get the Nigerian armed forces back to their 1970s heyday, not to talk of now, when they had the trained personnel, equipment and motivation to effectively deal with all internal and external threats will cost trillions and trillions of Naira and take at least 15 years to procure the necessary equipment. 18 months? You can’t even teach a raw recruit how to use a gun properly in that time frame!

Another is promising the Naira will be on par with the Dollar if he gets elected. Another big fat lie! Economics101 will teach you that your Exports minus your Imports (– and not forgetting Foreign Reserves and Investments) will determine the value of your currency and that’s not even taking into consideration all foreign loans that have been taken out and have to be repaid – with interest. With Oil being the country’s chief major earner there’s a probability the Dollar will hit 800 to one in the not too distant future: Naira at par with the Dollar? Not likely in our lifetime. Unemployment? If after 60 years the country doesn’t have the infrastructure – and means – to provide continual employment for millions of its citizens no politician can wave his magic wand and make it happen in 4 years.“

Lie, small, small” as our people will say and admit that some things are just not humanely possible. The current Buhari administration promised to do so much when they were on the election trail in 2015 and after nearly 8 years in office have nothing to show for it. Of course, there have been mitigating circumstances that have prevented a lot of things from being done such as World affairs, inherited problems and political in-fighting but the ordinary man on the street doesn’t know this. All he knows is that you promised to do something for him and you are now reneging on it: this is the reason why there is so much anger and frustration on the street. Why not be honest with the people and tell them that if voted into power you’ll make sure there will be uninterrupted power by the time you leave office – this is ONE attainable goal instead of promising to do a thousand things that will never leave the drawing board!

In 1970, after the end of the civil war, then Head of State, General Gowon implemented the Second National Development Plan that was to run from 1970 – 1974 in an effort to put the country in forefront of all other African nations .This was a plan that was implementable: the resources were there (it was 65 Kobo to the Dollar), the military boys were disciplined – and not kleptomaniacs- to get the job done and for those old enough to remember the country took a quantum leapt forward.

So, if I was to re-build a nation, any nation, I would start by applying the same principles people apply for self-development:

A, have a clear goal of where you are going.

B, set a humanely time frame to attain targets.

C, have the right personnel in place to implement the plan. Now for all our wannabe-new-president-2023 stop trying to pull the wool over people’s eyes! Let them know what you can honestly do and can’t, so I don’t want to hear you say you are going to build airport in my village when you know it’s a venture that’s neither achievable or sustainable. Being honest with the people on the ground means you won’t be giving them false hopes as previous administrations have done. No political leader in Nigeria, past, present or yet to be elected, has any clue where there are going or where they’re leading the country – they make it up as they go along!

If you don’t have a fixed plan and goal as Gowon did, years and years ago, you’ll only have short term plans that will fizzle out with nothing to back them up with.

As a result, growth in all sectors will become stagnant as there will be no clear indication of what the future holds or how future policy will affect them. And that’s not even talking of a future politician coming into office and undoing all his predecessor work. And that brings us to funding – MONEY! It’s all good and well to have grandiose plans but if you don’t have the money to finance it people are going to cry ‘foul’ and hate the administration for not delivering.

A country cannot develop on debt for it will be forever at the mercy of its debtors. At a time when the current administration is currently borrowing and borrowing just to meet its annual budget there will be trouble ahead – especially for the incoming administration that will have to honour the debt. What is needed is a clean slate: no more external borrowing! And it will become a case of cutting your coat according to your size: live within your means! As a result, every penny needs to be saved – not squandered, not pilfered and not wasted!

At a time when foreign reserves are at their lowest it’s disgraceful to know that some politicians and legislators are paid in DOLLARS and not NAIRA: it shows that the political elite, themselves, have no faith in their own currency. To generate the much-needed funds the nation needs for re-development EVERYBODY should be paid in NAIRA – imagine the savings especially when you know that an ordinary Nigerian Senator earns more than the U.S President! Another thing to consider is discipline and accountability: the military dictators of the past were good at this (- ‘cept for the last two!). You either delivered or you were out of a job (often courtesy of a coup d’état).

There regimes were mostly more of “ do as I do” than “ do as I say”. When then General Obasanjo, in the 1970s, banned the use of imported Lace material he, himself, till this day doesn’t wear it. A politician, nowadays, will criticize teachers and lecturers for striking for a better wage but secretly send their own children abroad to study or governors will loot their states dry whilst calling for petty criminals to be hung, quartered and drawn.

Re-development and advancement can only begin when mindsets change: we’re all in the same boat and want change. China was only able to develop so fast because they had an authoritarian government that forced change and enforced it, welcomed foreign investment, provided the necessary infrastructure for it to work and dealt ruthlessly with economic saboteurs (aka corrupt politicians). Everybody was the same working towards a common goal, nobody was singled out to be special or an elite. Everybody was a common person working towards a common good. Nigeria may not be a Communist or Socialist state but the same principles can be applied: everybody, in their own little way, contributing towards the advancement of the country, not just politicians who are going to come and go: great nations such as Britain and America didn’t get to where they are today by solely relying on politicians: the progressive mindsets of the people and private enterprise did that.

Imagine where Nigeria will be today if it had a few Facebook, Microsoft, Apple and Tesla corporations under its belt (- but yet again you need to put in place the necessary infrastructure to enable them to grow – good roads, constant electricity and telecommunications whilst making sure the operators/investors are not kidnapped or blown-up!).What we have in Nigeria is politicians who are out for themselves and not for the country and certainly not for the electorate.

Currently, there are two grand-dads and a daddy in the fore-front to be President of Nigeria come 2023 and the question we need to ask ourselves is whether they are there to fulfil a life-long ambition (aka ticking the last box on their bucket lists), perform as “ anywhere-belle-face” to loot the country dry or they genuinely want to start something that will turn the country around. Putting all this into consideration is how I would re-build a nation.2023 is just around the corner.

Related Topics:Nigeria: How To Re-build A Nation
Up Next