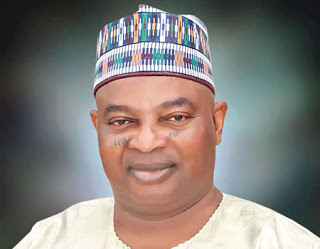 NURTW President, Tajudeen Baruwa
With just few days to Year 2020, the National President of the National Union of Road Transport Workers (NURTW), Alhaji Tajudeen Baruwa has called for caution among the members of the union, while wishing them a happy New Year in advance.
Baruwa also appealed to members of the union in a statement he personally signed to be cautious, while transporting passengers from one location to another during the New Year celebration.
The NURTW National President added in the statement, which was made available to journalists, that time had come for members of the union to see life as irreplaceable and to do everything possible to stay alive so that they could enjoy the fruits of their labour.
“While I want to wish our teeming members a happy New Year in advance, I want to enjoin them to drive safely because it is only those who are alive that can celebrate.
“We cannot afford to be reckless in our driving. Moreso, I want to advise our members not to drink before or while driving and ensure that their vehicles are in good condition before they put them on the road,” he said.
Baruwa, who commended the President Muhammadu Buhari-led Federal Government for its massive road construction and rehabilitation projects, urged Nigerians to embrace unity and peace in the New Year.
He stated that it is only in an atmosphere of peace and unity that the nation could achieve her desired progress, adding that Nigeria is a country with much potentials and opportunities.
“We should be mindful of the reformational and transformational programmes of the All Progressives Congress (APC)-led Federal Government.
“Let us join hands with the federal, states and local governments to get our nation out of the woods. We should know that Rome was not built in a day.
“Nigeria, as the largest black nation in the world, is in the eye of the whole world, so we all have roles to play to get us to the Promised Land as we move to a New Year,” he said, while wishing all NURTW members and Nigerians generally a prosperous New Year
Post Views: 736