The National Drug Law Enforcement Agency (NDLEA), has clarified ambiguities surrounding a stash of cocaine said to have been destroyed by the agency.

Recall that the NDLEA recently seized 1.855 tons of cocaine worth over $278m (N194b+) from a warehouse in Ikorodu, Lagos State.

The agency subsequently announced that it had destroyed the cocaine, sharing photos of it’s personnels burning the substance, thus attracting attention from members of the public who questioned why the drugs were destroyed before the case was investigated. 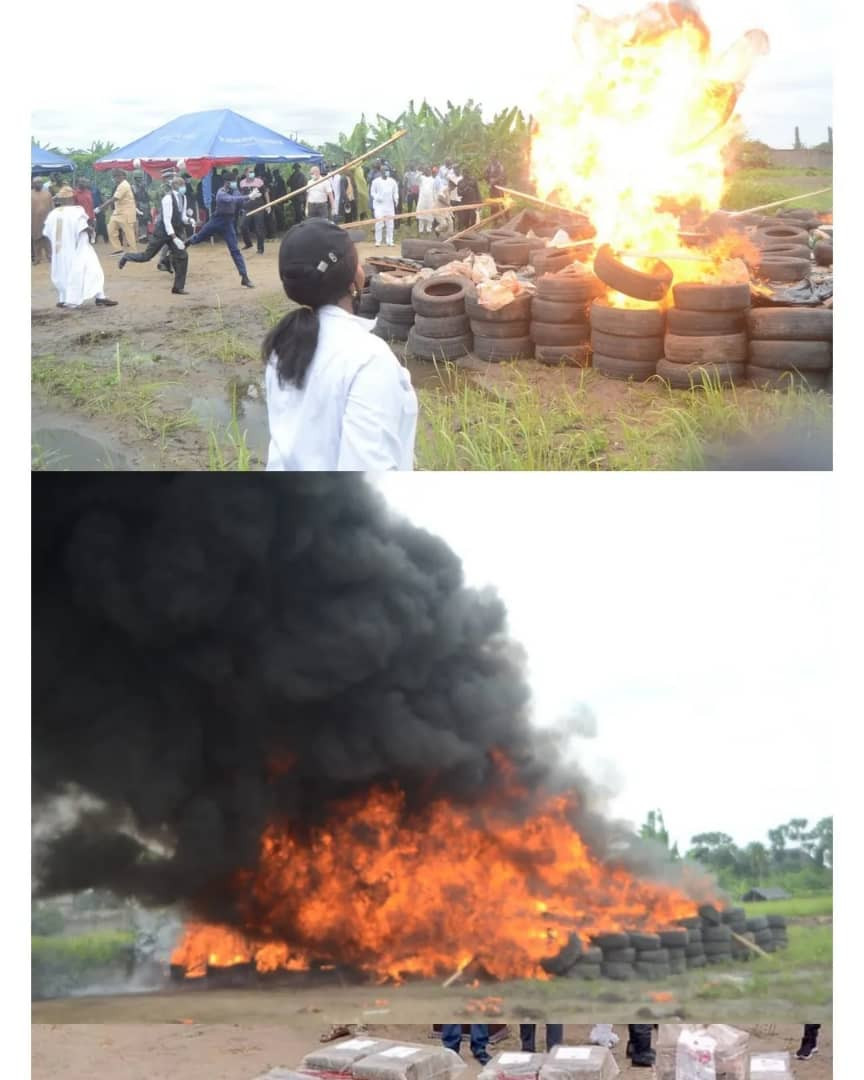 In a reaction to the criticisms, the spokesperson of the NDLEA, Femi Babafemi, refuted the popular opinion that the agency destroyed all of the cocaine seized in Ikorodu on September 19.

In his reaction via Twitter, Babafemi said 27.5kg of the cocaine has been secured for use during the prosecution of the five men arrested during the raid of the warehouse. 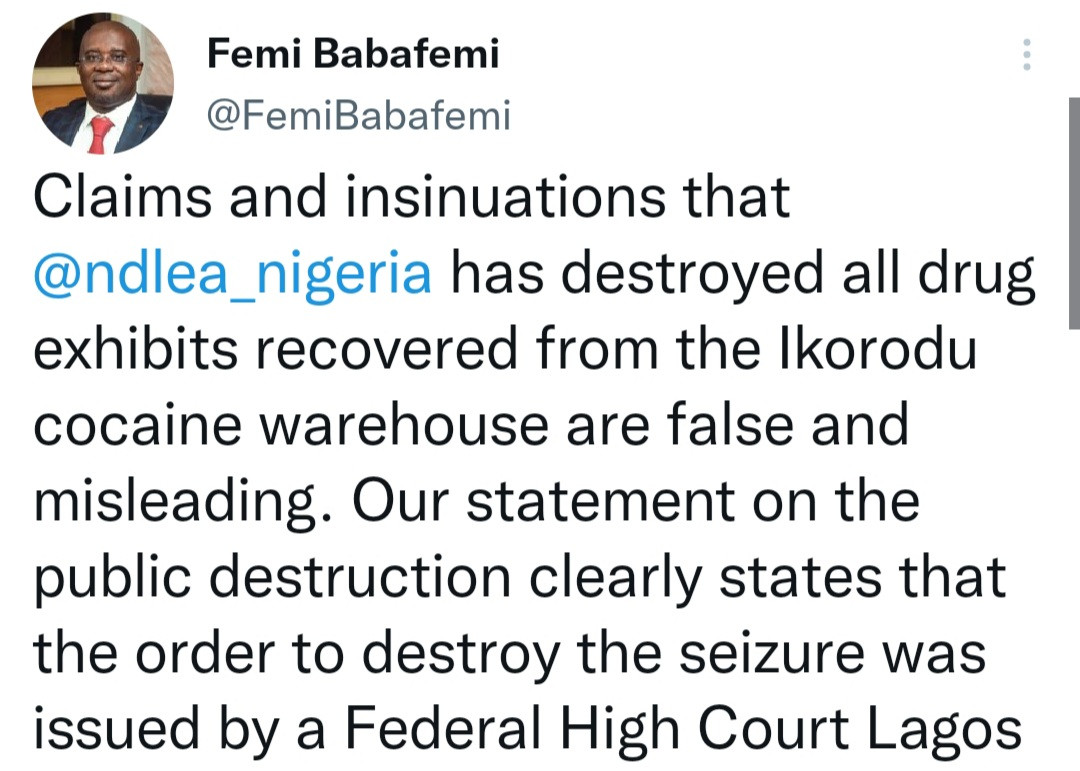 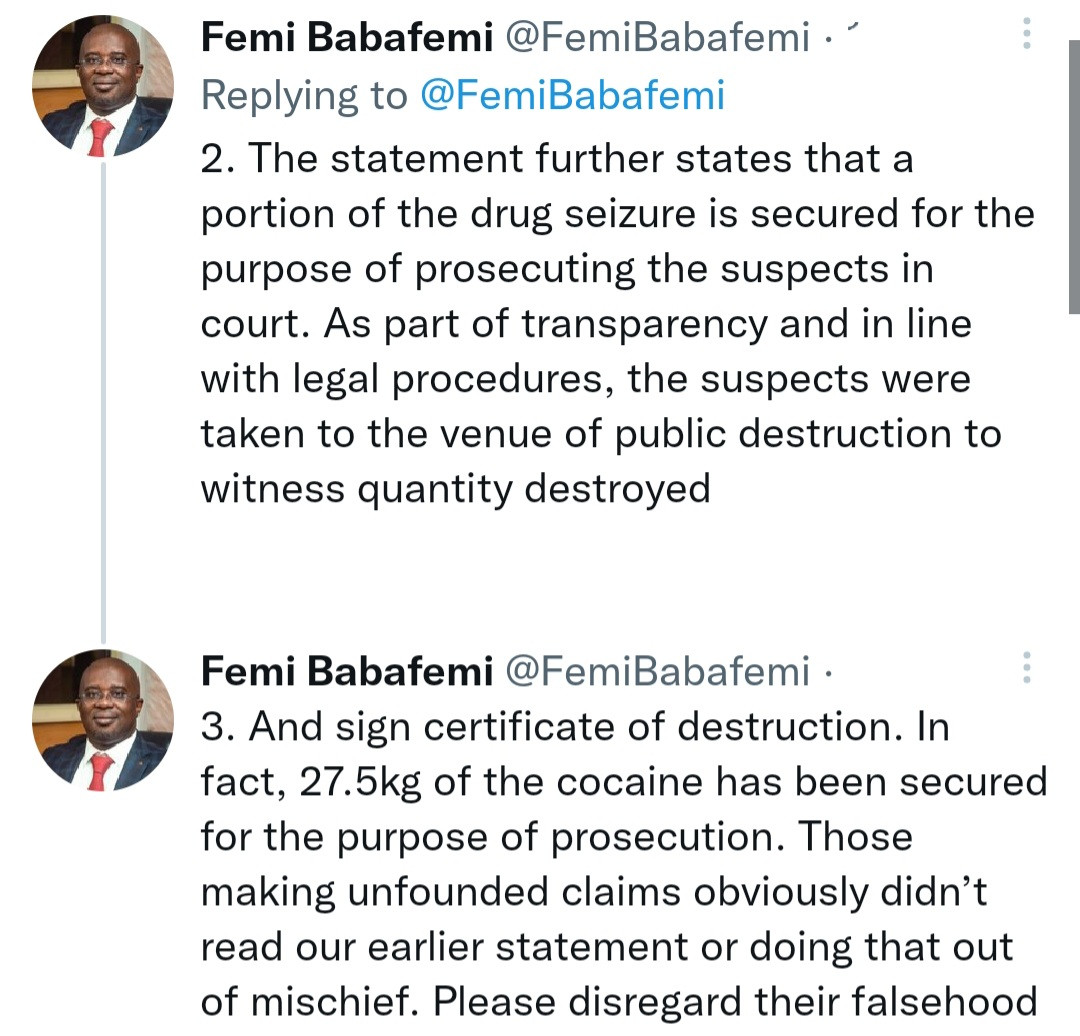 One of the many critics of the NDLEA was lawyer and musician, Falz.

‘This administration must really think that we are daft sha!! What is this lamba that the NDLEA is giving with this cocaine seizure saga? Dem dey burn evidence?”

Related Topics:CocaineFemi BabafemiNDLEANDLEA Reacts To Criticism Over Destroyed Cocaine
Up Next

I Am Hopeless, Bauchi Lawmaker Whose Son Was Kidnapped Says