The Ondo State Command of the NDLEA carried out the operation, destroying the farms worth N900million.

In a statement on Wednesday, February 23, Femi Babafemi, the Director, Media & Advocacy of the agency said 13 suspects were arrested and 250 kilograms of cannabis seeds as well as 63.85kg cannabis weeds were recovered during the operation deep inside five major forests: Omolowo/Powerline forest; Ipele forest; Ala forest; Ogbese forest; Utte and Okuluse forest that spread across five local council areas of the state.

The exercise codenamed Operation Abub’, which began at Ogbese forest on Tuesday 15th February lasted till Monday 21st February, 2022. At the Ogbese forest, a suspect, Olatunde Olaoluwa was arrested in his cannabis farm measuring 10 hectares, which was destroyed and burnt along with other cannabis farms spread across the Ogbese riverbank.

The following day, 16th of February, the Agencys Strike Force operatives in their numbers stormed Ipele forest where they arrested Amos Mark; Luke Job; Monday Momoh, and Otunuya Waya while 19 hectares of irrigated cannabis plantations were destroyed. One of the suspects, who escaped during the farm destruction, was later arrested in his house.

The Omolowo community in Ogbese area was next on Wednesday 17th Feb when one Mary Udonije was arrested inside a 10-hectare farm with 16.5kg of cannabis seeds and 4.5 kg of processed cannabis. Also recovered in the farm was an irrigation pumping machine with over 700 metres hose for watering the illicit weed.

Not less than 154kg of cannabis seeds was also seized at Ala forest, Akure North Local Government Area with over 30 hectares of irrigation cannabis farms destroyed and burnt. A suspect, John Mike who claimed to be a labourer was also apprehended with 2.5kg of cannabis seeds.

On day four of the operation, 54 hectares of cannabis farm was destroyed at Utte and Okuluse forest, Ose Local Government Area of the state. Also recovered in the farm was 95kg of cannabis seeds, 2.5kg of processed cannabis sativa and a pumping machine with long hose.

On the fifth day, one Anthony Agbe, 58, was arrested with 43kg of fresh cannabis inside a farm that was earlier destroyed at Ogbese. He claimed he was contracted by one Henry Daniel, (a.k.a Calender) who is at large to help gather the destroyed cannabis weeds. On the same day, one Ahmadu Abubakar was arrested with three Dane guns in a hut within a farm where over three hectares were destroyed at Akure North Local Government Area of the state.

On the last day of the operation, Monday 21st Feb, over 50 clusters of cannabis farm spread across 47 hectares were destroyed and 2kg of cannabis seeds seized, while a suspect, Olorunlogo Lekan was apprehended inside a large cannabis farm measuring 10 hectares at Ala forest before it was destroyed and burnt by Strike Force officers drawn across Edo, Oyo, Osun, Ekiti and Ondo states Commands of the anti-narcotic agency. At least, 72 hectares of other cannabis farms in small clusters close to the identified ones in the five forests were also destroyed in the course of the operation.

Chairman of NDLEA, Brig. Gen. Mohamed Buba Marwa (Retd) commended the officers and men of the Strike Force corps of the Agency for their sacrifices and commitment to the directive by President Muhammadu Buhari that all such cultivation and plantations in the forests must be located and destroyed.

He charged them to look out for more of such farms in any part of the country for similar response. 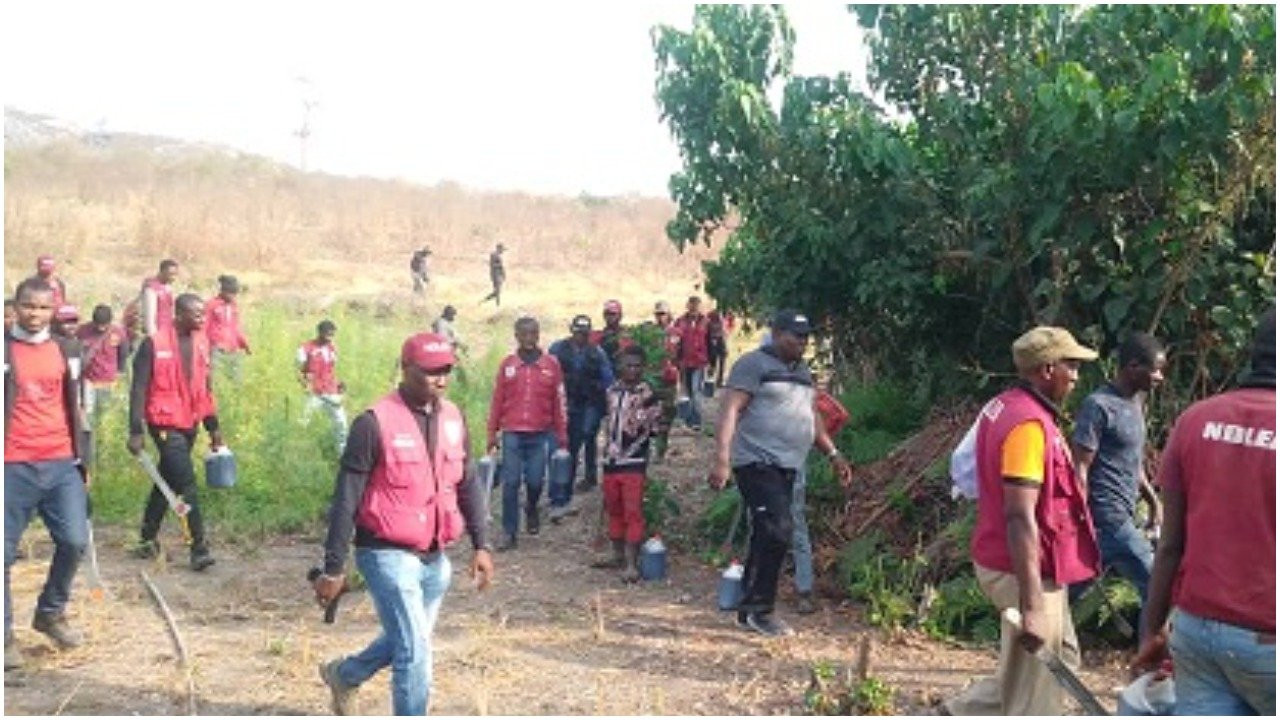 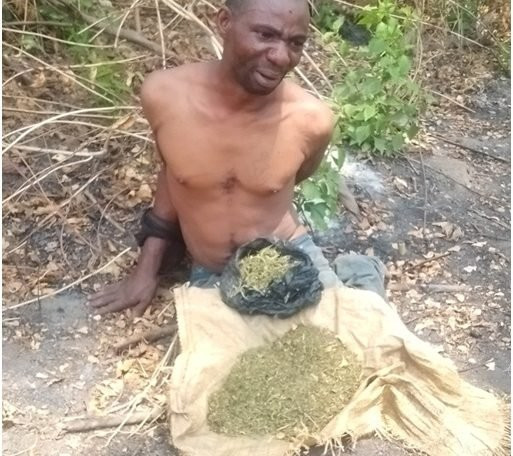 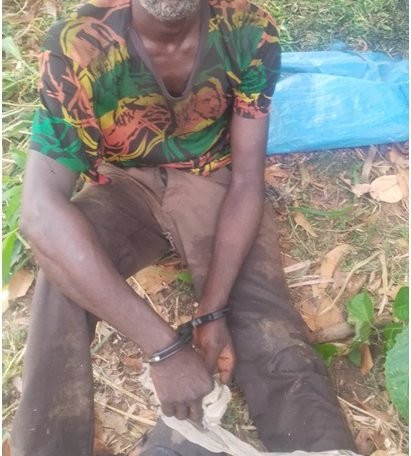 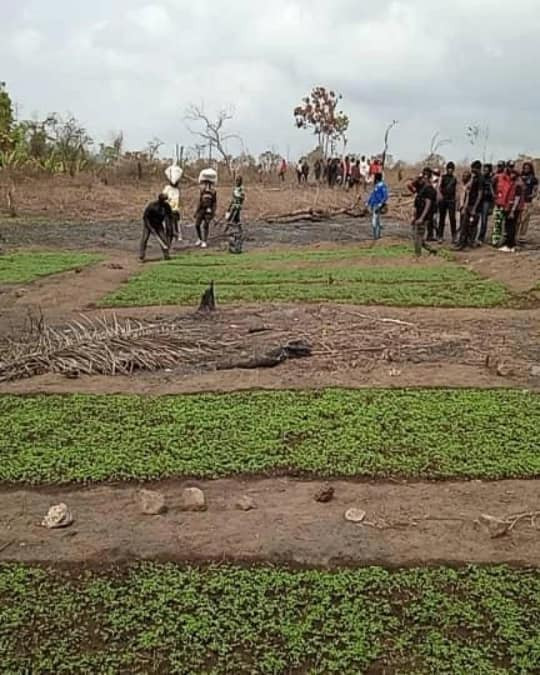 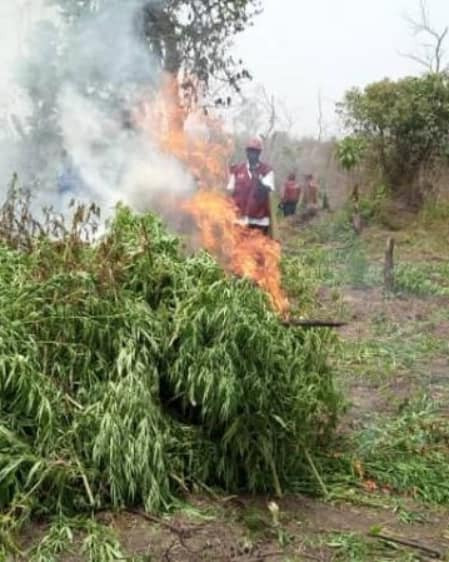 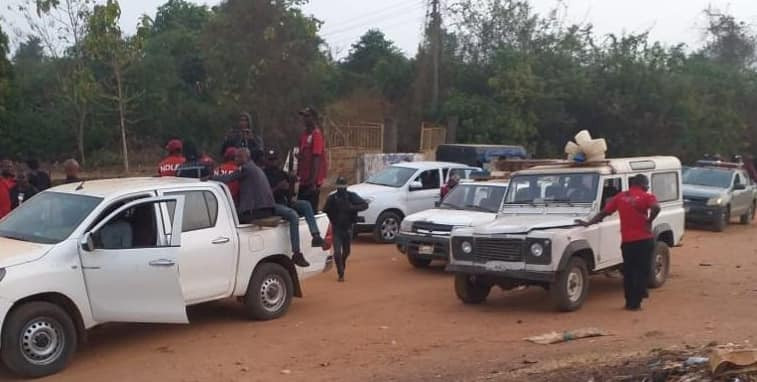 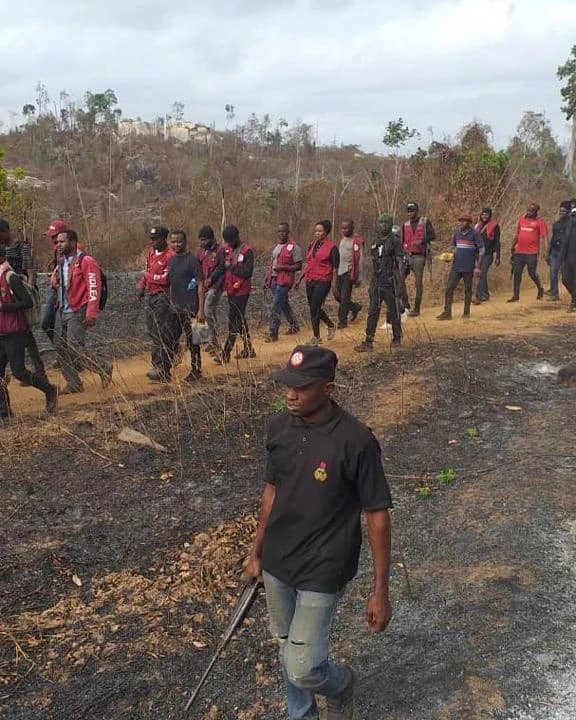 Related Topics:NDLEANDLEA Destroys N900m Worth Of Indian Hemp Plantations
Up Next