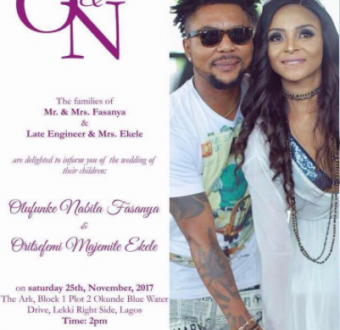 Singer, Oritsefemi, might be a street boy, but his wife Nabila Fash likes him that way.

In recent times, Oritsefemi has been receiving loads of criticism over his tweets either criticizing one show or the other artiste.

Despite criticisms that have trailed him, his wife is standing by her man, as she celebrate with him on his birthday Friday, December 5.

Fash took to social media to celebrate her husband and told him how she felt about him.

According to her, what other people see in him is quite different from what she sees in him.

Recall that the duo of Oritsefemi and Fash recently got married in an elaborate marriage that attracted celebrities from far and wide.

The marriage has been one of the points of Oritsefemi’s criticism, as the singer was quoted saying that none of the shows organised in the concluding part of 2017 drew as much attention as his marriage did.