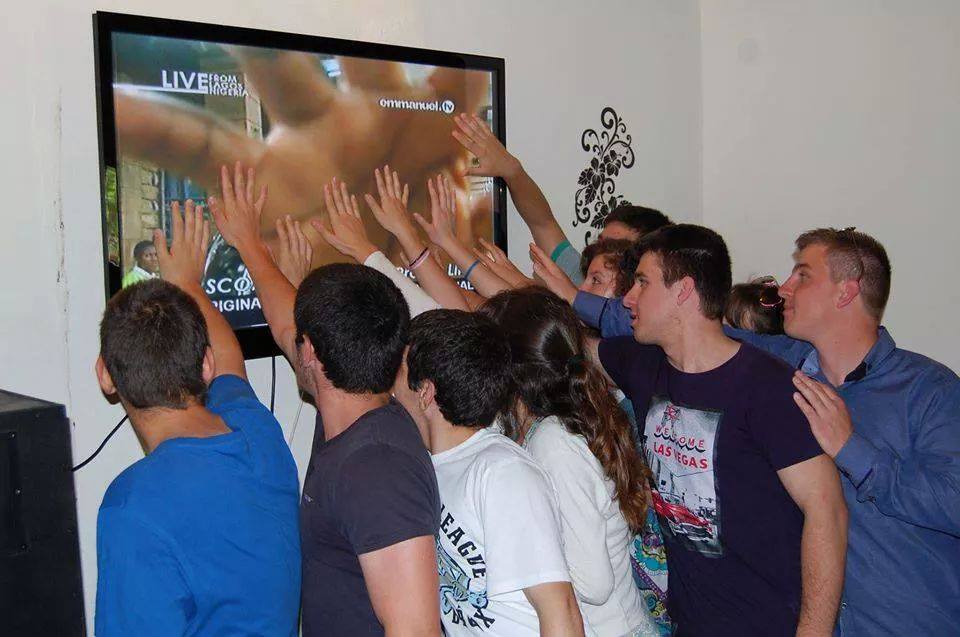 A photograph showing a group of foreigners devotedly praying along with Nigerian Prophet T.B. Joshua via his channel Emmanuel TV has sparked debate on social media.

Several commentators observed the picture proves the Biblical reality that “a prophet is without honour in his hometown,” insisting that Joshua is appreciated far more abroad than in his native land.

“This is what the servant of God means to foreigners but his own don’t value him,” wrote Friday Ocheje on his Facebook page, clearly miffed at the disparaging attitude with which the contentious cleric is often treated with in Nigeria.

The picture, originally posted on T.B. Joshua’s official Facebook page, comes amidst growing speculations that Joshua might relocate his popular ministry to Israel.

Although the exact location of the image is not apparent, it depicts a group of young Caucasian foreigners all touching the screens of their television as Joshua offers prayer during one of his church services at The Synagogue, Church Of All Nations (SCOAN) in Lagos.

The post titled, “Distance is not a barrier” and accompanied by a prayer point has attracted thousands of comments from Joshua’s close to 3 million Facebook fans.

Related Topics:MUST-SEE: PICTURE OF FOREIGNERS PRAYING WITH TB JOSHUAslideshowTB Joshua
Up Next

Things every lady needs in her bag