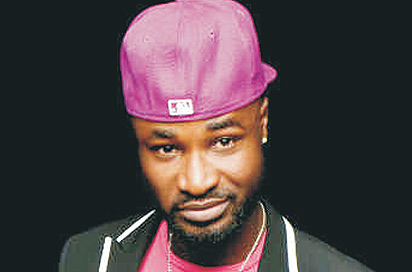 A boy raised by a poor woman in Ogijo, Delta State is expected to be humble, smart, intelligent and hungry for success.

The fact that he is aware of what he has gone through in life makes him want to be free from the clutches of poverty as soon as possible.

Years back, this description would have been a perfect fit for Harrison Okiri popular in the Nigerian music industry as Harrysong.

Then, he wasn’t ‘Baba for the Girls’, he was hungry for success, he wanted to ‘blow’, but couldn’t find the platform, as Kelvin Luciano’s dwindling Question Mark Records  just couldn’t give him the desired push he needed.

One thing was however certain, Harrysong has talent. With KCee, E-Money and Five Star Entertainment tapping him up, he found the right place to excel and show what he could do.

Aside being a good and talented artiste with a mastery of stagecraft, Harrysong is also a good songwriter. With Five Star Entertainment, he became something else, a classic musician.

As an artiste on Five Star Record, Harrysong churned out several hit songs including, “Ofeshe”, “Reggae Blue”, “Baba for the Girls”, “Beta Pikin”, “Arabank”, “Samankwe” and others. He also won the award for the Best African Artiste in the 2016 at the 17th edition of Vodafone Ghana Music Awards (VGMA). Asides this, his tribute song dedicated to late Madiba titled: ‘Mandela’ became the most downloaded caller tune within a window of 24 hours in 2013.

In the fight that led to his exit from Five Star Entertainment, his critics felt that he didn’t respect his contract with the label.   However, his simplicity and humility won him public sympathy.

Like a man who has forgotten his roots, Harrysong seems to have lost his sense of priority, as earnings from the release of his debut album; “Kingmaker” seems to be getting to him.

With no known investment, Harrysong has gone on a wild goose chase also playing to the gallery. Days back, the singer who is now an orphan shared a picture of himself flanked by two soldiers sitting atop his newly acquired brand new bulletproof Mercedes SE350, a car valued at over N95m.

According to him, the car was acquired to celebrate the New Year. While a little treat won’t hurt anyone, it is important to ask how much Mr Songs has made since leaving Five Star Entertainment.

Another question worth asking the musician is, who is after his life? If indeed this is the normal hype associated with musicians, then the move by Harrysong is worth it. At least, he has to promote his album, which seems to have frizzling out.