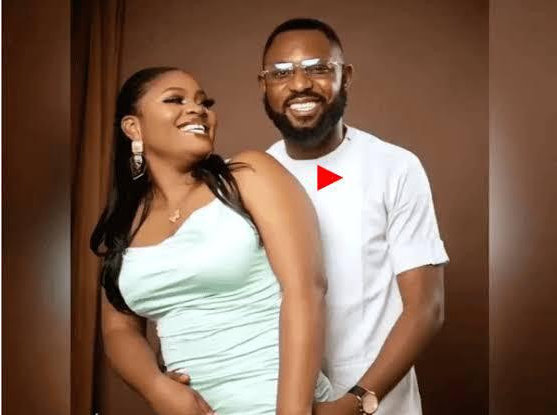 Big Brother Naija star, Angel, has spoken on the importance of being aware of mental health.

She stated this while asking people to be kind to other housemates as mental health is important.

Her reaction comes after her former housemate in the BBNaija ”Shine Ya Eye” show, Tega Dominic, deactivated her IG page following the online bullying she had been experiencing since leaving the house.

Tega, a married woman, has been consistently bashed online for her affair with Boma in the house.

On Tuesday, October 5, she disclosed she was done with the online bullying as it has become exhausting for her. She, later on, deactivated her Instagram page.

Reacting to this development, Angel appealed to everyone to be kind to others. 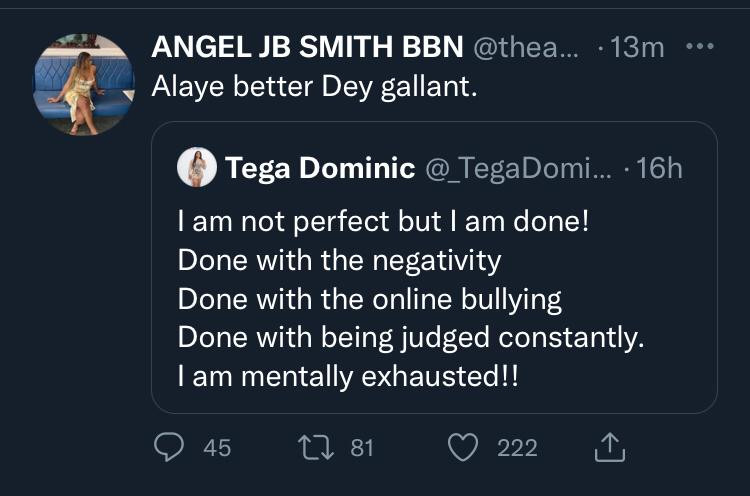 Related Topics:AngelMental HealthMental Health Is Important; Angel Speaks On Tega's Deactivation Of IG AccountTega
Up Next

Why I Bathed In Same Bathroom With Male Housemates, Angel Speaks