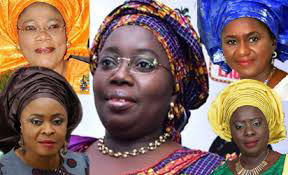 Beauty and brain they say hardly go together. However, some of Nigeria’s female Deputy Governors have them in abundance.

We ex-ray some of the powerful women who have found themselves in politics as Deputy Governors of states. 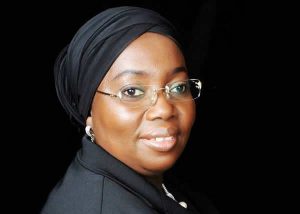 For a lot of people, Idiat Oluranti Adebule, the Deputy Governor of Lagos state is a delight to the eyes any day.

Though described as highly principled and brash, she makes up for that in other areas.

Stylish, Adebule is hardly found wanting when she steps out for a party, as her ornaments and other accessories are always on point.

When it comes to work, those who know the woman talk about the efforts she has put into revamping the educational sector of Lagos state by overseeing the state’s Ministry of Education.

Born in Lagos state to the family of Idowu-Esho of Ojo Alaworo in Ojo local government area of Lagos state, Adebule became Deputy Governor on May 29th 2015.

Prior to her appointment as Deputy Governor, she held positions such as being a board member of the Lagos State Scholarship Board between February 2005 and November 2005. She was also Secretary to the State Government during the government of Babatunde Raji Fashola (SAN) in July, 2011.

With interest in traveling and reading, Adebule is also a celebrated writer, wife and mother. 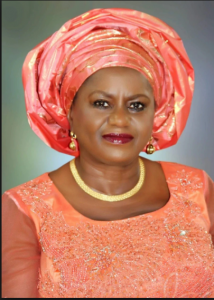 Though a conservative dresser, the Deputy Governor of Rivers state can’t be found wanting when it comes to issues that delight the eyes.

A medical doctor, Banigo, holds the enviable title of being the firstfemale Deputy Governor of Rivers State.

Born 20 December 1952 to the Harry family of Obuama in Degema, Rivers State, she was a big player in the Rivers State Ministry of Health holding offices such as Director of Public Health Services, Acting Commissioner, Director-General and Permanent Secretarybefore becoming the Deputy Governor.

Synonymous for setting enviable records, she achieved prominence first in 1995, as Secretary to the Government of Rivers State before serving as Head of Service of the state.

A member of the People Democratic Party (PDP), Banigo currently serves as the 6th Deputy Governor of her state. 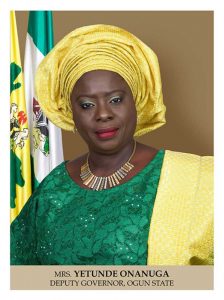 Yetunde Onanuga is a typical public servant who has grown into an experienced one.

Though born 56 years ago, this fact is missing when you take a look at the woman.

The power dresser dots her “I” and crosses her “T” when it comes to dressing. Either dressing in a suit skirt or native with Ipele, she is always spot on.

From Ijebu Igbo in Ijebu North Local Government Area of the State, she is a devoted Christian. As part of her official responsibilities, she also oversees the affairs of the Ogun state Ministry of Rural Development.

She was educated in the Lagos State College of Science and Technology now known as Lagos State Polytechnic. She went on to Ogun State University, now known as Olabisi Onabanjo University (OOU), where she obtained a Master’s degree in Business Administration (MBA).

A Fellow in the Nigerian Institute of Management, she was also at a time the Director of Finance and Administration in the Lagos State Ministry of Environment.

She became the state’s Deputy Governor in 2015, having heeded the call of the All Progressive Congress (APC) to be the running mate to Senator Ibikunle Amosun. 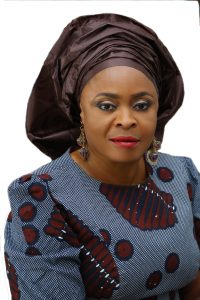 Lolo Cecelia Ezeilo, the Deputy Governor of Enugu state lives by this principle “what so ever you wish that men do for you, do so unto them, for the seed you sow you shall reap”.

Born in Amokwe, Udi Local Government Area of Enugu State, she is described as modest, intelligent and simple.

Once married, she is now the widow of His Royal Highness, Igwe Barr. Malachy Ezeilo (Ezeanyanwu).

The deceased was the traditional Ruler of Ozom Aguobu Owa in Ezeagu Local Government Area of Enugu State.

A lawyer by profession, Mrs. Ezeilo worked in the Enugu State Broadcasting Service (ESBS) as a programme producer and presenter.

Her journey into politics started in 2011, when she was elected into Enugu State House of Assembly to represent Ezeagu Constituency becoming the first woman from her place to represent the constituency. She also became the Deputy Chief Whip and House Committee Chairman on Judiciary, Ethics and Privilege while in the house.

With her wealth of experience, Rt Hon. Ifeanyichukwu Ugwuanyi picked her as his running mate in the 2015 gubernatorial election.

With the two working together, there was one guarantee result and it was victory for them, thus Ezeilo got her current job.

Presently, the woman holds the title of the first Female Deputy Governor of Enugu State since its creation in 1991. 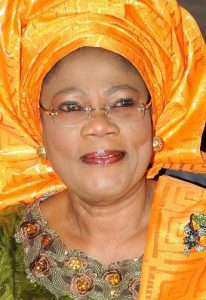 A lovely dresser, like her counterpart in Lagos state, Laoye-Tomori is also deeply rooted in the educational sector. She doubles as the Honourable Commissioner for Education fondly called “Ipinle Omoluabi.”.

Born in Osogbo to the Amon Oyeyemi Laoye family, she graduated from the University of Lagos and obtained a Bachelor of Arts Hons in History in 1973.

An avid learner, Otunba has two additional post-graduate degrees a P.G.D.E. in 1978 and Masters in Public Administration in 1984.

In April 2007, she was selected as the running mate of Ogbeni Rauf Aregbesola and became his deputy following a Court of Appeal judgment of Friday, November 26, 2010.

Some of the Deputy Governor’s recognition includes winning the award for the most Innovative Education Commissioner Award for the South West Zone, an award organized by President’s School Debates Nigeria, an agency of the Federal Ministry of Education. She is also the recipient of the West African Gender Dialogue in Conjunction with West African Institute for Leadership and Governance, Most Outstanding Female Deputy Governor of the Year 2012.