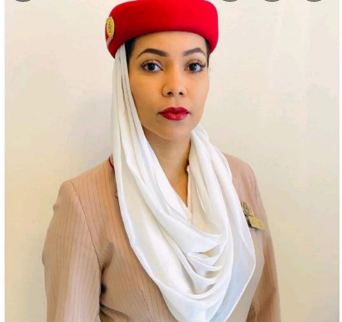 The younger brother of Maria Chike’s boyfriend has reacted to the topless beach photos which she shared days back.

Recall that the Big Brother Naija reality star rumoured to be dating Kelvin Anene shared a topless photo in which she flashed her side boobs.

Following the topless beach photos which Maria shared, the man took to his Instagram Stories to post about covering your body. 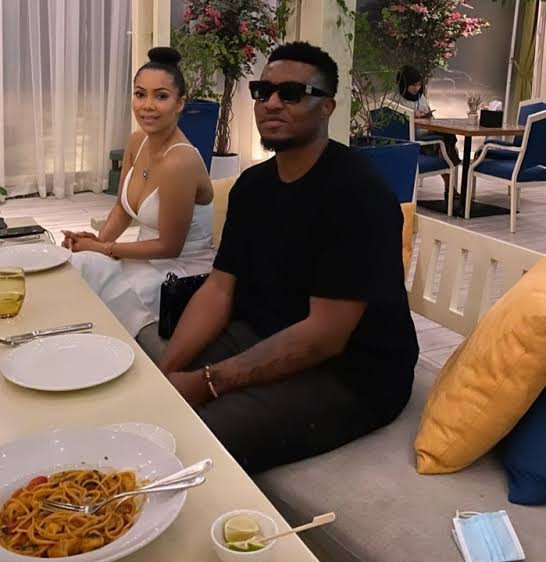 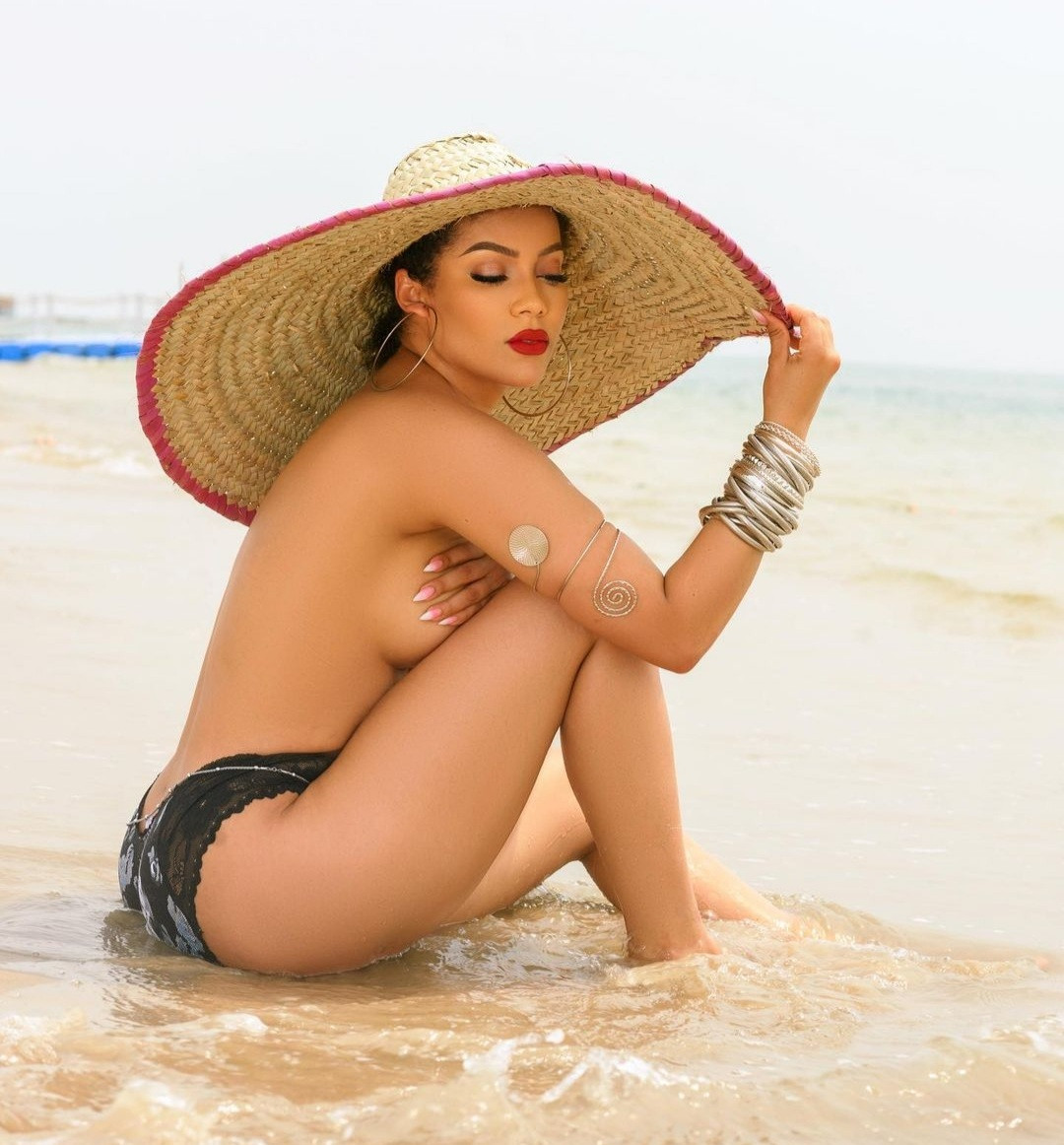 “Hope you know covering your body makes you more attractive and gives you more respect.” 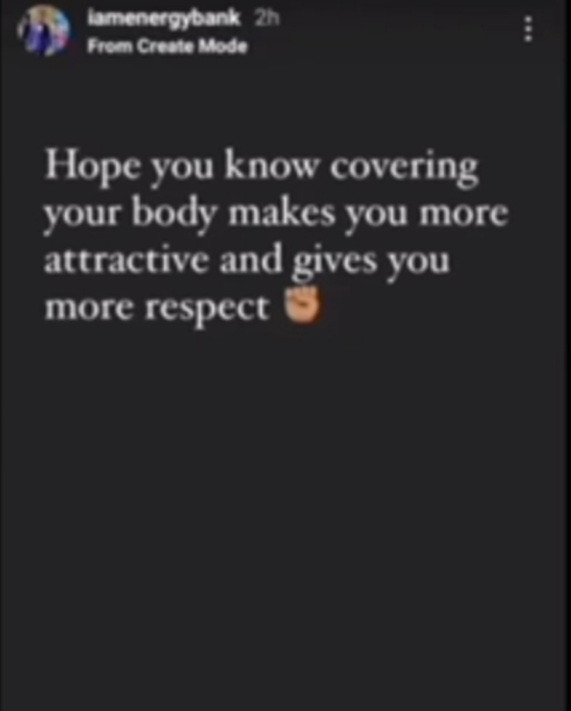 Maria and Kelvin’s younger brother appears to share a good relationship. He was on Maria’s side and continued to defend her when Cubana Chief Priest accused Maria of snatching Kelvin, his sister’s husband.

Humble Beginning: My Kids Must Have A Mother They Can Brag About, Annie Idibia Says